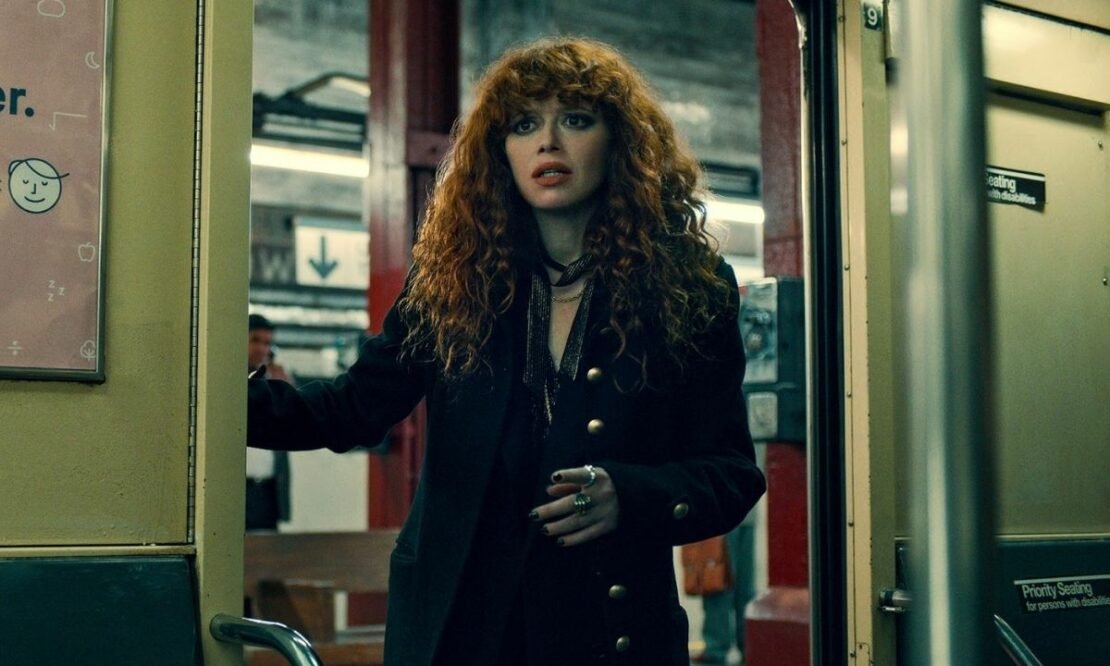 Netflix is nothing if not a goldmine of content, with basically something to watch for everyone, and today we are making a list of the best 8 new shows on Netflix in April 2022 you can watch right now. The shows in this list are not ranked.

Synopsis: Packed with comedy, heart, adventure and mystery, THE LAST BUS opens with the students travelling to the launch of the ‘genie orbs’, a new class of robot designed to clean up the environment. When the artificial intelligence-powered orbs are introduced by tech billionaire Dalton Monkhouse (Robert Sheehan), they appear to vaporise everyone in the audience and thousands of identical events all over the world. The students just manage to make it back through the carnage to their rackety old school bus and head home in search of answers, only to be met by a mysteriously empty world. Realising they are going to have to fight back, the students embark on a road trip to find Dalton Monkhouse and get some answers to what has happened to their families. Along the way, they are confronted with a succession of increasingly intense challenges – from towering junk monsters to a damaged orb with a seemingly-personal vendetta – and the characters overcome their personal differences and private demons to become an improvised family.

Synopsis: Hard Cell is a documentary style comedy set in the fictional female prison, HMP Woldsley. Writer and creator Catherine Tate plays multiple characters from Laura Willis, the Governor who believes creativity leads to rehabilitation, to Big Viv, the psychopath lifer. Set over a 6 week period during which the inmates rehearse a musical directed by ex-Eastender’s star Cheryl Fergison. Rehearsals draw together an oddball collection of women as they find their voices, grow in confidence and strengthen their friendships. Funny yet surprisingly moving, Hard Cell leans into the comical truth of prison life.

Synopsis: From the executive producer of Blue Planet II comes OUR GREAT NATIONAL PARKS, a breathtaking five-part series executive produced and narrated by President Barack Obama – who ​​protected more public lands and waters than any other U.S. President in history – that invites viewers to experience nature in the world’s most iconic national parks. Spanning five continents, the series brims with wonder, humor, and optimism as each episode tells the story of a national park through the lives of its wildest residents — both big and exceptionally small — and explores our changing relationship with wilderness. Traveling from the waters of Monterey Bay, California, to the bright red soil of Kenya’s Tsavo National Park, the lush rainforests of Indonesia’s Gunung Leuser National Park, the majestic terrain of Chilean Patagonia, and more, OUR GREAT NATIONAL PARKS beckons us to get out and explore, create new ways for these wild places to thrive, and vigorously preserve them for future generations to come. This series is a Wild Space production in association with Higher Ground Productions and Freeborne Media.

Anatomy of a Scandal (April 15)

Synopsis: Set four years after Nadia (Natasha Lyonne) and Alan (Charlie Barnett) escaped mortality’s time loop together, season two of Russian Doll will continue to explore existential thematics through an often humorous and sci-fi lens. Discovering a fate even worse than endless death, this season finds Nadia and Alan delving deeper into their pasts through an unexpected time portal located in one of Manhattan’s most notorious locations. At first they experience this as an ever-expanding, era-spanning, intergenerational adventure but they soon discover this extraordinary event might be more than they bargained for and, together, must search for a way out. The Emmy-winning show returns with Lyonne serving as showrunner and executive producer, and is also executive produced by Alex Buono, Amy Poehler (Paper Kite Productions), Leslye Headland, Lilly Burns (Jax Media), Tony Hernandez (Jax Media), Dave Becky (3 Arts), Kate Arend (Paper Kite Productions), Regina Corrado and Allison Silverman.

Synopsis: Seven years ago, Grace and Frankie’s lives turned upside down when their longtime husbands left them for… each other. Both sparring partners and partners-in-crime, Grace and Frankie formed an unlikely and unbreakable bond as they faced uncertain futures head-on, and hand-in-hand. They’ve laughed together, cried together, did shrooms together, and twice-over became successful entrepreneurs together. A history-making 94 episodes later, Grace and Frankie continue to show themselves, their families, and their fans what it means to live life to the fullest, fearlessly and unapologetically. Here’s to seven seasons of laughs, tears, mood-enhancers, and good vibes. And, as Grace and Frankie would say, fuck it. This may be their final chapter, but they’re just getting started.

Synopsis: Marty and Wendy are rid of Helen and climb to the top of Navarro’s empire. They find another opportunity to get out of the Ozarks but some past sins won’t stay buried and the most dangerous threats come from blood.