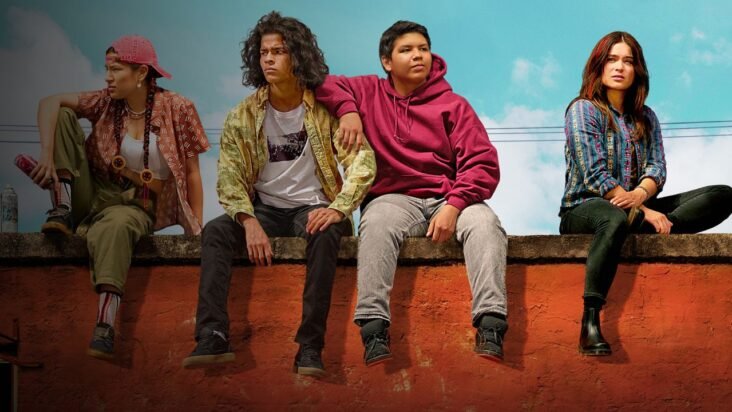 Hulu is nothing if not a goldmine of content, with basically something to watch for everyone, and today we are making a list of the best 6 new shows on Hulu in August 2022 that you can watch right now. The shows in this list are arranged according to their premiere or release date.

Synopsis: From Co-Creators and Executive Producers Sterlin Harjo and Taika Waititi, Reservation Dogs is a half-hour comedy that follows the exploits of “Elora Danan” (Devery Jacobs), “Bear Smallhill” (D’Pharaoh Woon-A-Tai), “Willie Jack” (Paulina Alexis) and “Cheese” (Lane Factor), four Indigenous teenagers in rural Oklahoma. After the death of the fifth member of the Reservation Dogs, the crew took to stealing, scheming and saving in order to vicariously fulfill his dream of reaching the exotic, mysterious and faraway land of California. But after a promising start to their criminal endeavors, including the legendary heist of a Flaming Flamers chips truck, swiping some old lady’s weed edibles and some low-grade grand theft auto, the plan went bust. The gang disbanded, with everyone trying to forge their own paths. Elora ghosted Bear and took off for California with the Rez Dogs’ mortal enemy, “Jackie” (Elva Guerra), the leader of a rival gang. Abandoned by his closest friend, Bear seeks a male parental figure to teach him how to “be a man” – but his choice of uncles to emulate leaves a lot to be desired. Meanwhile, Willie Jack thinks everything in their town is falling apart because of the curse she cast on Jackie and she’s determined to put that genie back in the bottle. Cheese who, like Willie Jack, decided that Cali wasn’t for him, reunites with his grandmother who isn’t his grandmother. Lucky for the kids, they have the support of their loving and eccentric community of aunties and uncles to see them through, including Bear’s mother “Rita” (Sarah Podemski), local law enforcement “Big” (Zahn McClarnon), Elora’s “Uncle Brownie” (Gary Farmer), Willie Jack’s parents “Dana” (Jennifer Podemski) and “Leon” (Jon Proudstar) and “Spirit” aka “William Knifeman” (Dallas Goldtooth).

Synopsis: Inspired by the life and stand-up of star and co-creator Chris Estrada, “This Fool” is an irreverent, cinematic half-hour comedy set in working class South Central Los Angeles. The show centers around Julio Lopez, a 30-year-old who still lives at home, has been dating his girlfriend on and off since high school, and finds any excuse to avoid dealing with his own problems. Julio works at Hugs Not Thugs, a gang rehabilitation non-profit, where he butts heads with his older cousin Luis, an ex-gang member who just got out of prison and moved in with Julio and his family.

Synopsis: From creator/screenwriter Steven Rogers and the team behind I, Tonya and showrunner Karin Gist, executive producer of Our Kind of People, MIKE explores the dynamic and controversial story of Mike Tyson. The 8-episode limited series explores the tumultuous ups and downs of Tyson’s boxing career and personal life – from being a beloved global athlete to a pariah and back again. Focusing the lens on Mike Tyson, the series examines class in America, race in America, fame and the power of media, misogyny, the wealth divide, the promise of the American Dream and ultimately our own role in shaping Mike’s story. MIKE is an unauthorized and no-holds-barred look at the life of Mike Tyson – and it is one wild ride.

Synopsis: Rob McElhenney (It’s Always Sunny in Philadelphia) and Ryan Reynolds (Deadpool) navigate running the third oldest professional football club in the world. Welcome to Wrexham is a docuseries tracking the dreams and worries of Wrexham, a working-class town in North Wales, UK, as two Hollywood stars take ownership of the town’s historic yet struggling football club. In 2020, Rob and Ryan teamed up to purchase the 5th tier Red Dragons in the hopes of turning the club into an underdog story the whole world could root for. The worry? Rob and Ryan have no experience in football or working with each other. From Hollywood to Wales, from the pitch to the locker room, the front office to the pub, Welcome to Wrexham will track Rob and Ryan’s crash course in football club ownership and the inextricably connected fates of a team and a town counting on two actors to bring some serious hope and change to a community that could use it.

Synopsis: In FX’s Little Demon, an animated comedy featuring the voices of Danny DeVito and Aubrey Plaza, it has been 13 years since being impregnated by Satan, and a reluctant mother, Laura, and her Antichrist daughter, Chrissy, attempt to live an ordinary life in Delaware. However, the two are constantly thwarted by monstrous forces, including Satan, who yearns for custody of his daughter’s soul.

Synopsis: Featuring Steve Carell as therapist “Alan Strauss,” The Patient is a psychological thriller about a therapist who is held prisoner by patient Sam Fortner who reveals himself to be a serial killer. With time running out, Alan fights desperately to stop Sam before Alan becomes complicit in Sam’s murders or worse – becomes a target himself. 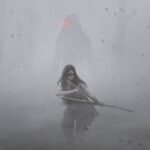 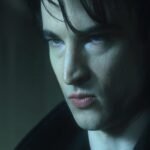