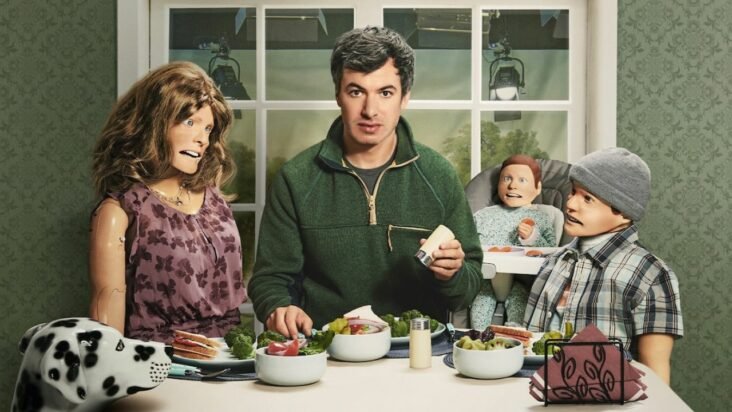 HBO Max is nothing if not a goldmine of content, with basically something to watch for everyone, and today we are making a list of the best 10 new shows on HBO Max in July 2022 you can watch right now. The shows in this list are not ranked.

Synopsis: The critically acclaimed animated series stars Tiffany Haddish (Tuca) and Ali Wong (Bertie) as colorful bird girl besties who navigate the ups and downs of adulting in life, love, and everything in between. It’s another confidently weird season of Tuca & Bertie, full of new emotional and vegetative growths! Tuca is dating someone new. Will this relationship bear fruit? Bertie has a new boss. Will they be sweet or salty? Speckle (Steven Yeun) is also going through some stuff!

Synopsis: It’s been six months since the explosive events of the season one finale, and we find Nicky (Olivia Liang) and the Shens in a great place: Nicky’s been using her kung fu skills to keep Chinatown safe, she and Henry (Eddie Liu) are only deeper in love with each other, and unlike season one, the Shen family are all in the know about Nicky’s extracurricular activities. Jin and Mei-Li (Tzi Ma and Kheng Hua Tan) have righted the ship and Harmony Dumplings has seen an extraordinary recovery – the restaurant is doing better business than ever. Everything’s been great in Nicky’s life… that is, until the reemergence of Russell Tan (Kee Chan), and the surprise appearance of Nicky’s cousin, Mia (Vanessa Yao).

Synopsis: Miss Su Wen Li, a beautiful and witty socialite, forms an unlikely detective duo with the righteous and serious inspector Luo Qiuheng. Despite their many differences, the pair share an undeniable chemistry and – of course – go on to solve many cases together in and around Shanghai, all while Su Wen Li chases clues behind her sister’s disappearance, which happened ten years ago, yet is forever a thorn in her heart.

Synopsis: Season two of WALKER picks up three months after the dramatic conclusion to Season one. Texas Ranger Cordell Walker, played by Jared Padalecki (“Supernatural”), has at last reintegrated into his role in family life on the ranch. However, just as life seems to be getting back to normal, the Hatfields to the Walkers’ McCoys return to the vacant Ranch next door, exhuming memories of a trauma shared between the families from Walker’s childhood: The inscrutable matriarch, Gale Davidson (Paula Marshall, “Euphoria”); Walker’s childhood love and Travis County’s newest DA, Denise Davidson (Amara Zaragoza, “Strange Angel”); and Denise’s husband with a shady past and a short fuse, Dan Davidson (Dave Annable, “Yellowstone”)

Synopsis: Love Monster happens to be the only monster amongst a sea of cute baby animals. He is universally loved and accepted by his fellow Fluffytown residents but sometimes feels a bit out of place, just by virtue of his physical difference, emotional subtleties, and love of adventure. When they zig, he zags, and his self-awareness is what causes his little doubts. This can make for some comical missteps along the way, but with a lot of help and a little serendipity, Love Monster discovers that when faced with a head vs. heart dilemma, in the end, his heart always knows what to do.

Synopsis: Twenty years ago, a series of tragic events almost ripped the blue-collar town of Millwood apart. Now, in present day, a disparate group of teen girls — a brand-new set of Little Liars — find themselves tormented by an unknown Assailant and made to pay for the secret sin committed by their parents two decades ago…as well as their own. In the dark, coming-of-age, horror-tinged drama PRETTY LITTLE LIARS: ORIGINAL SIN, we find ourselves miles away from Rosewood, but within the existing Pretty Little Liars universe — in a brand-new town, with a new generation of Little Liars.

Synopsis: Hapless Officers Minogue and O’Leary are assigned by erratic Sergeant Maaka to the new Paranormal Unit of Wellington’s police force, tasked with tackling a wacky wave of delinquents, from werewolves and ghouls to monsters, zombies and aliens. Series four cranks up the craziness with an uproarious riff on classic horror The Shining, while Satan himself makes an appearance at a dubstep club. Certain favourites of Clement and Waititi’s outlandish characters, such as Rhys Darby’s hilarious ‘Swearwolf’, also return.

Synopsis: Season 2 opens with the dust still settling in Smallville following the shocking outcome of the confrontation between Morgan Edge and Superman. With Smallville on the national map for the first time in the town’s history, Lois Lane faces fresh challenges in her latest journalistic endeavors. Their sons also find themselves dealing with change. Accepting he may never have powers, Jonathan forges a new path with a surprising mentor, while Jordan and Sarah Cushing deal with what the events of last year mean for their relationship. Her family is also in need of a fresh start as Kyle Cushing attempts to repair the damage to several relationships from recent events, while Lana weighs a difficult decision that could impact all of Smallville. Against all of this, General Lane finds his future in doubt for the first time in a long time, while The Stranger remains at large, and closer than ever to the Kent family. 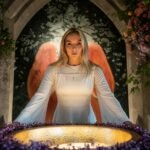