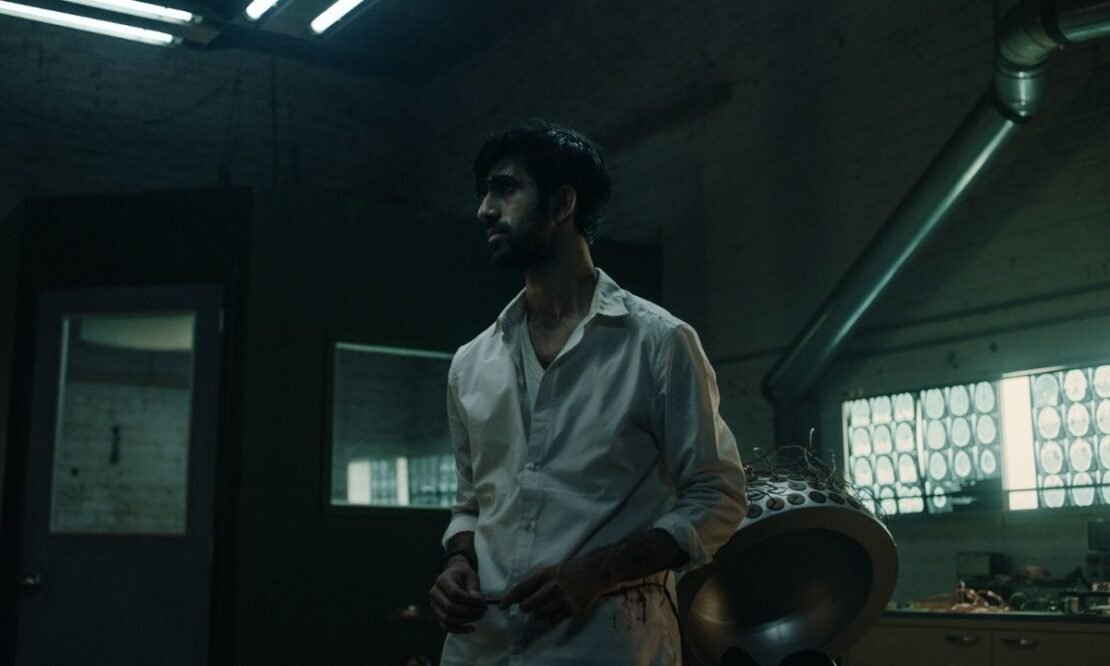 Shudder is nothing if not a goldmine of content, with basically something to watch for everyone, and today we are making a list of the best 8 new movies on Shudder in March 2022 you can watch right now. The movies in this list are not ranked and we have also not included documentaries, because this list only has movies on it.

Synopsis: Within a vast, desolate and slowly decaying mansion an aging woman lies in a coma, said to have hidden treasure in her home. Her young care worker breaks into the house at night to find the riches, but instead becomes entrapped into a deadly labyrinth of hell.

The Scary of Sixty-First

Synopsis: While out apartment hunting, college pals Noelle and Addie stumble upon the deal of a lifetime: a posh duplex on Manhattan’s Upper East Side. But soon after moving in, a more sinister picture of the apartment emerges when a mysterious woman arrives and claims the property used to belong to the infamous and recently-deceased Jeffrey Epstein.

Synopsis: In The Seed, lifelong friends Deidre (Lucy Martin, Vikings), Heather (Sophie Vavasseur, Resident Evil: Apocalypse), and Charlotte (Chelsea Edge, I Hate Suzie) are finally getting some time away together, using the upcoming meteor shower to gather more followers for their social media channels. But what starts out as a girls’ getaway in the Mojave Desert descends into a battle for survival with the arrival of an invasive alien force whose air of mystery soon proves to be alluring and irresistible to them. Before long the situation devolves into a battle to the death, where the stakes have galaxy-wide implications. Written and directed by Sam Walker.

Synopsis: Laura is an actress in a LARP (Live Action Role Playing) game where participants play the survivors of an atomic war who live underground in a sealed bunker. After several mysterious accidents, the game is interrupted and the players leave the bunker while the staff remain behind to investigate the disappearance of Greg, the game’s mastermind. They soon find themselves trapped inside and in peril as they begin to die in mysterious ways. The group realizes that someone or something paranormal is playing a twisted game with them which quickly plunges into a terrifying fight for survival.​

The Spine of Night

Synopsis: This epic fantasy tale, about the history of a land that never was, begins when an ambitious young man steals forbidden knowledge from a sacred plant. He falls to its darker temptations and in so doing, unleashes ages of suffering onto mankind. As his power grows over the years, it falls to people of different ilk and culture to attempt to stop him. Among those who stand against him are a daring tomb-robber, star-crossed lovers, a maniacal necromancer, winged assassins, and an undying guardian.

Synopsis: Rose, a mostly sweet and mostly lonely Irish small-town driving instructor, must use her supernatural talents to save the daughter of Martin (also mostly sweet and lonely) from a washed-up rock star who is using her in a Satanic pact to reignite his fame.

Synopsis: Kevin, his older sister, Brittney, and her fiancé, Tony, arrive at their parents’ lakeside cabin expecting a leisurely weekend getaway. But their holiday turns into a trip from hell as they enter the scene of a mass shooting where their parents and neighbors all lie dead. Terror strikes when they discover the shotgun-wielding murderer, fresh off a night spent battling demons… or so he claims. They pin him down and lock him in the cellar, but as darkness falls, Kevin begins to entertain the man’s ravings about possessed campers and demons in the woods. As unexpected and traumatic events continue to unfold, the family must find a way to survive the night without turning on each other, or becoming possessed.

Synopsis: Attempting to surpass his father’s legacy and pressured by an old colleague (Dana Ashbrook of “Twin Peaks”), neuroscientist Ethan Kochar (Sathya Sridharan) turns his experiment on himself and unwittingly fractures his consciousness into ten competing sections. Ethan is now trapped in his home with his ex-girlfriend Alli (Paton Ashbrook) and the two must navigate trauma, ambition, and missteps of the past. Diving headfirst into the uncharted equations of the brain, they realize there is more at stake than just their relationship or Ethan’s reputation. With time quickly running out, he is forced to face off against the darker sides of himself.

This concludes the list of the best 8 new movies on Shudder in March 2022. So, if you have watched them tell us in the comments and we will make a new list for you, and if you haven’t what are you waiting for.