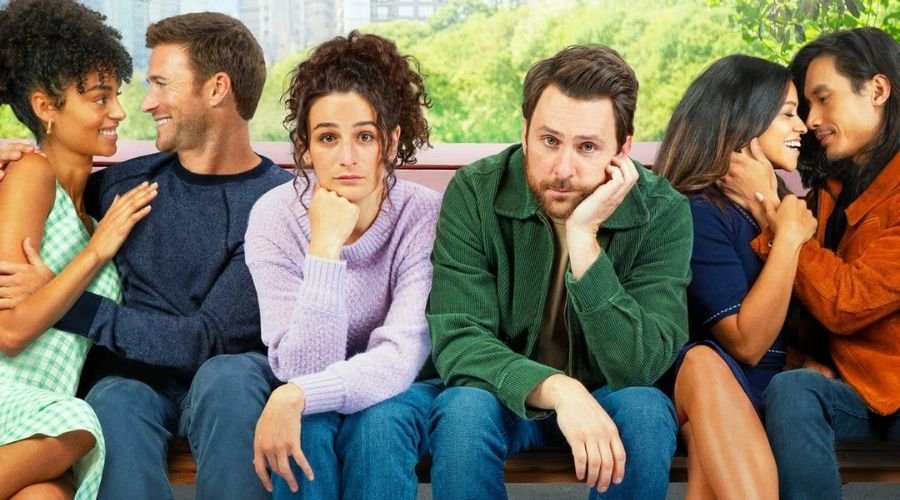 Amazon Prime Video is nothing if not a goldmine of content, with basically something to watch for everyone, and today we are making a list of the best 20 new movies on Amazon Prime Video in February 2022 you can watch right now. The movies in this list are not ranked.

Synopsis: Facing Christmas 3,000 miles from his estranged wife and two children, New York policeman John McClane (Bruce Willis) flies to Los Angeles bearing presents and hoping to patch up his marriage. Stylish and cool Hans Gruber (Alan Rickman) is in Los Angeles as well for the holiday season, but he’s not there to give out presents. He’s there to take more than $600 million in negotiable bearer bonds from the multinational Nakatomi Corporation, where McClane’s wife Holly (Bonnie Bedelia) is an executive. When the takeover becomes hostile, it’s up to John McClane to take on the terrorists with all the grit and determination he can muster–but not without a sense of humor.

Synopsis: Steven Spielberg directs two-time Academy Award® winner Daniel Day-Lewis in “Lincoln,” a revealing drama that focuses on the 16th President’s tumultuous final months in office. In a nation divided by war and the strong winds of change, Lincoln pursues a course of action designed to end the war, unite the country and abolish slavery. With the moral courage and fierce determination to succeed, his choices during this critical moment will change the fate of generations to come.

Synopsis: Father Richard (Greg Kinnear) is desperately trying to sell his motivational success program… with no success. Meanwhile, “pro-honesty” mom Sheryl (Toni Collette) lends support to her eccentric family, including her depressed brother (Steve Carell), fresh out of the hospital after being jilted by his lover. Then there are the younger Hoovers – the seven-year-old, would-be beauty queen Olive (Abigail Breslin) and Dwayne (Paul Dano), a Nietzsche-reading teen who has taken a vow of silence. Topping off the family is the foul-mouthed grandfather (Alan Arkin), whose outrageous behavior recently got him evicted from his retirement home. When Olive is invited to compete in the “Little Miss Sunshine” pageant in far-off California, the family piles into their rusted-out VW bus to rally behind her – with riotously funny results.

Synopsis: In this classic sci-fi action-adventure, when a good cop (Peter Weller) gets blown away by ruthless criminals, innovative doctors are able to piece him back together as an unstoppable crime-fighting cyborg called “Robocop.” Equipped with high-tech weaponry, Robocop quickly cleans up the crime-ridden streets of Detroit. But despite his new, hardened exterior, Robocop relives vivid nightmares of his own death at the hands of vicious killers. Now he seeks more that justice…he seeks revenge!

Synopsis: The film probes the psyche of the young soldiers who fought in Vietnam. Their camaraderie, their struggle for survival amid terrifying violence and madness of combat. Dealing with the day-to-day existence of an infantry rifle platoon of thirty guys from all walks of life, Platoon examines the fight between good and evil in the outfit and what it was really like to be a foot soldier in Vietnam.

Synopsis: Singer. Rebel. Outlaw. Hero. With his driving freight-train chords, steel-eyed intensity and a voice as dark as the night, the legendary “Man in Black” revolutionized music – and forged his legacy as a genuine American icon. Golden Globe winners Joaquin Phoenix and Reese Witherspoon star (and sing) as Johnny Cash and June Carter in this inspiring true story of one man’s unwavering devotion to his sound, his message and the greatest love of his life.

The Good, The Bad, And The Ugly

Synopsis: In the Southwest during the Civil War, a mysterious stranger, Joe (Clint Eastwood), and a Mexican outlaw, Tuco (Eli Wallach), form an uneasy partnership — Joe turns in the bandit for the reward money, then rescues him just as he is being hanged. When Joe’s shot at the noose goes awry during one escapade, a furious Tuco tries to have him murdered. The men re-team abruptly, however, to beat out a sadistic criminal and the Union army and find $20,000 that a soldier has buried in the desert.

Synopsis: Stupid is as stupid does, says Forrest Gump (played by Tom Hanks in an Oscar-winning performance) as he discusses his relative level of intelligence with a stranger while waiting for a bus. Despite his sub-normal IQ, Gump leads a truly charmed life, with a ringside seat for many of the most memorable events of the second half of the 20th century. Entirely without trying, Forrest teaches Elvis Presley to dance, becomes a football star, meets John F. Kennedy, serves with honor in Vietnam, meets Lyndon Johnson, speaks at an anti-war rally at the Washington Monument, hangs out with the Yippies, defeats the Chinese national team in table tennis, meets Richard Nixon, discovers the break-in at the Watergate, opens a profitable shrimping business, becomes an original investor in Apple Computers, and decides to run back and forth across the country for several years. Meanwhile, as the remarkable parade of his life goes by, Forrest never forgets Jenny (Robin Wright Penn), the girl he loved as a boy, who makes her own journey through the turbulence of the 1960s and 1970s that is far more troubled than the path Forrest happens upon. Featured alongside Tom Hanks are Sally Field as Forrest’s mother; Gary Sinise as his commanding officer in Vietnam; Mykelti Williamson as his ill-fated Army buddy who is familiar with every recipe that involves shrimp; and the special effects artists whose digital magic place Forrest amidst a remarkable array of historical events and people.

I Want You Back

Synopsis: Peter (Charlie Day) and Emma (Jenny Slate) were total strangers, but when they meet, one thing instantly bonds them: they were both unexpectedly dumped by their respective partners, Anne (Gina Rodriguez) and Noah (Scott Eastwood), on the same weekend. As the saying goes, “misery loves company,” but their commiseration turns into a mission when they see on social media that their exes have happily moved on to new romances, Anne with Logan (Manny Jacinto) and Noah with Ginny (Clark Backo). Terrified that, in their 30s, they have lost their shot at happily ever after and horrified at the prospect of having to start over, Peter and Emma hatch a desperate plot to win the loves of their lives back. Each will do whatever it takes to put an end to their exes’ new relationships and send them running back to their arms.

This concludes the list of the best 10 new movies on Amazon Prime Video in February 2022. So, if you have watched them tell us in the comments and we will make a new list for you, and if you haven’t what are you waiting for.