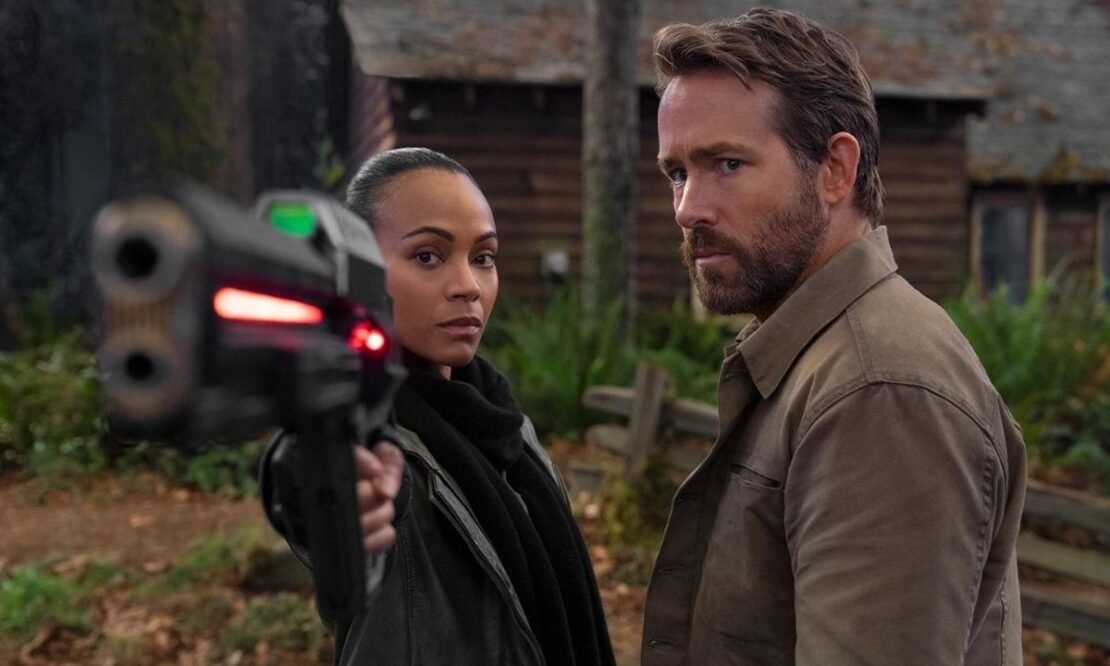 Netflix is nothing if not a goldmine of content, with basically something to watch for everyone, and today we are making a list of the best 12 new movies on Netflix in March 2022 you can watch right now. The movies in this list are arranged according to their availability on the streaming service.

Synopsis: Can your nightmares be fatal? In this classic of the horror film genre that launched a movie franchise, a hideously scarred man who was murdered by a lynch mob returns years later in the terrifying nightmares of his killers’ teenaged children … And the dreaming teenagers are starting to die in their sleep

Synopsis: Simon (Jason Bateman) and Robyn (Rebecca Hall) are a young married couple whose life is going just as planned until a chance encounter with an acquaintance from Simon’s high school sends their world into a harrowing tailspin. Simon doesn’t recognize Gordo (Joel Edgerton) at first, but after a seemingly coincidental series of encounters proves troubling, a horrifying secret from their past is uncovered after nearly 20 years. As Robyn learns the unsettling truth about what happened between Simon and Gordo, she starts to question: how well do we really know the people closest to us, and are past bygones ever really bygones?

Synopsis: Internationally acclaimed actors Tim Robbins and Morgan Freeman star in a compelling drama of hope, friendship and atonement behind the walls of a maximum security prison in The Shawshank Redemption. From a novella by best-selling author Stephen King comes a poignant tale of the human spirit. Red (Freeman), serving a life sentence, and Andy Dufresne (Robbins), a mild-mannered banker wrongly convicted of murder, forge an unlikely bond that will span more than twenty years. Together they discover hope as the ultimate means of survival. Under horrifying conditions and the ever-present threat of violence, two lifers reclaim their souls and find freedom within their hearts in The Shawshank Redemption.

Synopsis: Winner of the first Academy® Award for Best Animated Feature (2002), Shrek sparked a motion picture phenomenon and captured the world’s imagination with…the Greatest Fairy Tale Never Told! Shrek (Mike Myers) goes on a quest to rescue the feisty Princess Fiona (Cameron Diaz) with the help of his loveable Donkey (Eddie Murphy) and win back the deed to his swamp from scheming Lord Farquaad.

Synopsis: Happily ever after never seemed so far far away when a trip to meet the in-laws turns into a hilariously twisted adventure for Shrek (Mike Myers) and Fiona (Cameron Diaz). With the help of his faithful Donkey (Eddie Murphy), Shrek takes on a potion-brewing Fairy Godmother, the pompous Prince Charming (Rupert Everett), and the ogre-killer, Puss In Boots (Antonio Banderas) who’s a pussycat at heart.

Sorry to Bother You

Synopsis: In an alternate reality of present-day Oakland, Calif., telemarketer Cassius Green finds himself in a macabre universe after he discovers a magical key that leads to material glory. As Green’s career begins to take off, his friends and co-workers organize a protest against corporate oppression. Cassius soon falls under the spell of Steve Lift, a cocaine-snorting CEO who offers him a salary beyond his wildest dreams.

Synopsis: A heart-pounding combination of action, music and incredible aerial photography helped make Top Gun the blockbuster hit of 1986. Top Gun takes a look at the danger and excitement that awaits every pilot at the Navy’s prestigious fighter weapons school. Tom Cruise is superb as Lt. Pete “Maverick” Mitchell, a daring young flyer who’s out to become the best. And Kelly McGillis sizzles as the civilian instructor who teaches Maverick a few things you can’t learn in a classroom.

The Pirates: The Last Royal Treasure

Synopsis: State trooper Dan (Grant Gustin) dreams of joining the K-9 Search & Rescue team, but no one will give him the chance. Shelter dog Ruby dreams of having a home, but is running out of hope. When fate brings Dan and Ruby together, it’s their unshakable bond that helps them face their toughest challenge yet. Based on a true story.

Synopsis: The Imitation Game is a nail-biting race against time following Alan Turing (pioneer of modern-day computing and credited with cracking the German Enigma code) and his brilliant team at Britain’s top-secret code-breaking centre, Bletchley Park, during the darkest days of World War II. Turing, whose contributions and genius significantly shortened the war, saving thousands of lives, was the eventual victim of an unenlightened British establishment, but his work and legacy live on.