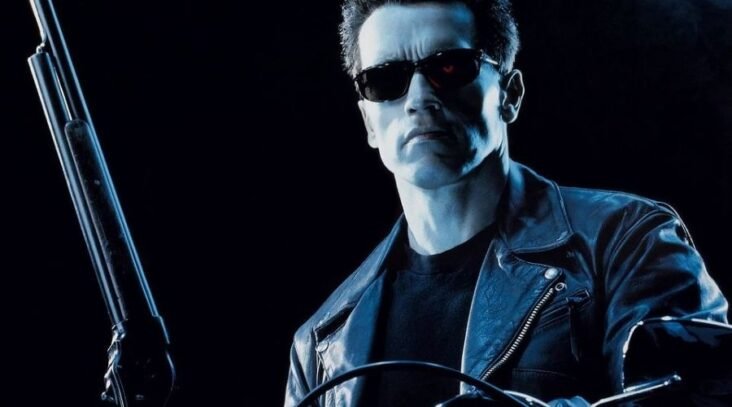 Netflix is nothing if not a goldmine of content, with basically something to watch for everyone, and today we are making a list of the best 15 new movies on Netflix in January 2022 you can watch right now. The movies in this list are arranged according to their availability on the streaming service.

Synopsis: After leaving behind a painful past to follow her dreams, Sarah scores the perfect Hollywood apartment. But something is not right. Unable to sleep, tormented by strange noises and threatening notes, her new life quickly starts to unravel.

Charlie and the Chocolate Factory

Synopsis: Young Charlie Bucket and his Grandpa Joe join a small group of contest winners who get to tour the magical and mysterious factory of eccentric candy maker Willy Wonka. Aided by his diminutive Oompa Loompa workers, Wonka has a hidden motivation for the tour, one that he will reveal only after the children in the group show their true colors.

Synopsis: A gadget salesman is looking for a special gift for his son and finds one at a store in Chinatown. The shopkeeper is reluctant to sell him the mogwai but does with the warning to never expose him to bright light, water or to feed him after midnight. All of this happens and a gang of gremlins decide to tear up the town on Christmas Eve.

Synopsis: The non-human machine ruling elite of the nuclear war-torn future has dispatched a cyborg assassin into the past to kill a young boy because he soon will be the resistance leader against the machines.

The Girl with the Dragon Tattoo

Synopsis: In HELL OR HIGH WATER, two brothers, Toby (Chris Pine) and Tanner (Ben Foster), go on a calculated bank robbery spree that puts them on a collision course with a West Texas Ranger (Academy Award©-winner Jeff Bridges) determined to take them down.

Synopsis: This is a romantic comedy set in Paris about a family that goes there because of business, and two young people who are engaged to be married in the fall have experiences there that change their lives. It’s about a young man’s great love for a city, Paris, and the illusion people have that a life different from theirs would be much better. It stars Owen Wilson, Rachel McAdams, Marion Cotillard, Kathy Bates, Carla Bruni, among others.

Synopsis: A young couple move into a regular suburban home in San Diego. They become increasingly bothered by a demonic presence in the house. Mostly active in the middle of the night, they decide to film events as they unfold.

Synopsis: While old enemy Lex Luthor (Kevin Spacey) plots to render him powerless, Superman (Brandon Routh) must face the heartbreaking realization that Lois Lane (Kate Bosworth), has moved on with her life. Or has she? From the depths of the ocean to the far reaches of outer space, Superman blazes an epic journey of redemption to protect the world he loves from cataclysmic destruction. Director Bryan Singer takes the helm in this superpowered epic action-adventure that reunites Superman with a world that’s almost learned to live without him.

Synopsis: 4 Academy Award® nominations including Best Picture! (1976) Special Collector’s Edition is digitally remastered and includes a never-before-seen making-of documentary featuring interviews with the creators and stars of the film. Robert De Niro stars with Jodie Foster, Cybill Shepherd, Harvey Keitel, Peter Boyle, and Albert Brooks in the all-too-real story of a psychotic New York cabby who is driven to violence in an attempt to rescue a teenage prostitute.

Synopsis: 14-year-old Mattie Ross’s father has been shot in cold blood by the coward Tom Chaney and the girl is determined to bring him to justice. Mattie seeks out the trigger-happy, drunken U.S. Marshal, Rooster Cogburn, and overcoming his objections, sets out with him to hunt Chaney down. Her desire to avenge her father’s death demands that she pursue Chaney into Indian territory and find him before a Texas Ranger named LeBoeuf catches him and brings him back to Texas for the murder of another man.

Synopsis: Join the expedition visiting legendary Candy Man Willy Wonka (Gene Wilder) in a splendiferous movie that wondrously brings to screen the endlessly appetizing delights of Roald Dahl’s classic book. Coated with flavorful tunes and production design that constantly dazzles the eye, this effervescent musical never fails to enchant the young and old. On a whirlwind tour of Willy’s incredible, edible realm of chocolate waterfalls, elfish Oompa-Loompas and industrial-sized confections, a boy named Charlie (Peter Ostrum) will discover the sweetest secret of all: a generous, loving heart. And You’ll rediscover the timeless magic of a delicious family classic.

Synopsis: Set in the glamour of 1950’s post-war London, renowned dressmaker Reynolds Woodcock (Daniel Day-Lewis) and his sister Cyril (Lesley Manville) are at the center of British fashion, dressing royalty, movie stars, heiresses, socialites, debutants and dames with the distinct style of The House of Woodcock. Women come and go through Woodcock’s life, providing the confirmed bachelor with inspiration and companionship, until he comes across a young, strong-willed woman, Alma (Vicky Krieps), who soon becomes a fixture in his life as his muse and lover. Once controlled and planned, he finds his carefully tailored life disrupted by love. With his latest film, Paul Thomas Anderson paints an illuminating portrait both of an artist on a creative journey, and the women who keep his world running. Phantom Thread is Paul Thomas Anderson’s eighth movie, and his second collaboration with Daniel Day-Lewis.

Munich – The Edge of War

Synopsis: Based on the international bestseller by Robert Harris. It is Autumn 1938 and Europe stands on the brink of war. Adolf Hitler is preparing to invade Czechoslovakia and Neville Chamberlain’s government desperately seeks a peaceful solution. With the pressure building, Hugh Legat, British civil servant, and Paul von Hartmann, German diplomat, travel to Munich for the emergency Conference. As negotiations begin, the two old friends find themselves at the centre of a web of political subterfuge and very real danger. With the whole world watching, can war be averted and, if so, at what cost? 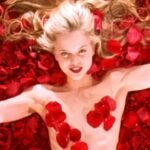 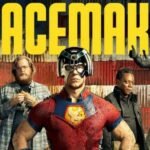