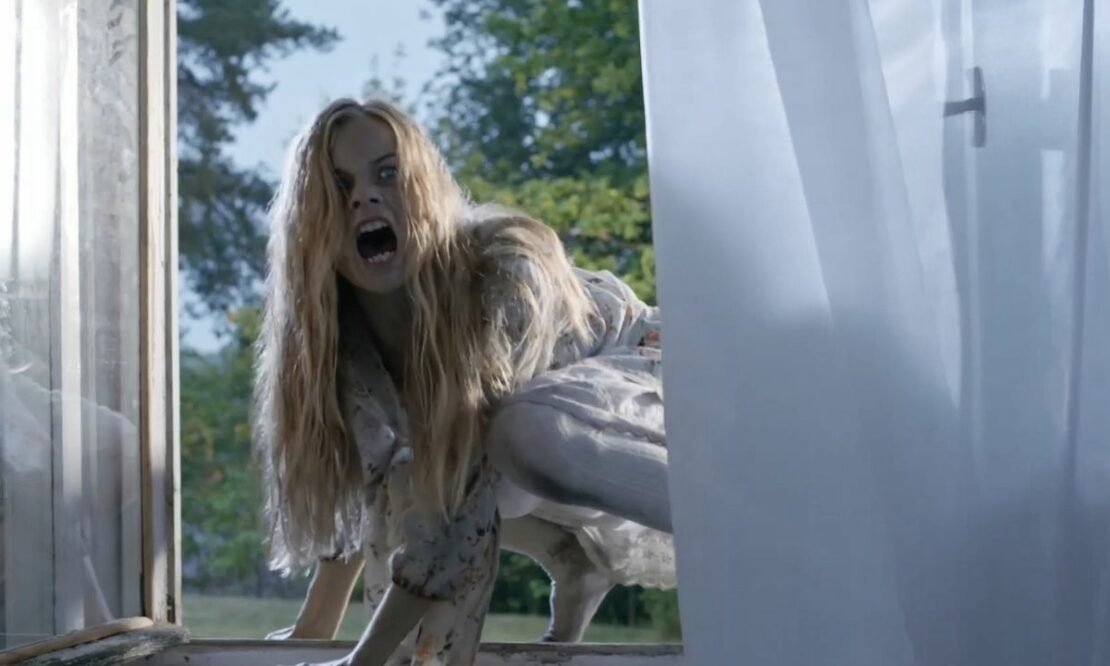 Hulu is nothing if not a goldmine of content, with basically something to watch for everyone, and today we are making a list of the best 18 new movies on Hulu in May 2022 you can watch this month. The movies in this list are not ranked.

Synopsis: When Elliot, a brash 23-year-old living carefree in New York City, meets the sensible Mia and receives a damning diagnosis all in the same week, his world is turned completely upside down. But as their love blossoms amidst the chaos of his treatment, they discover that Elliot’s illness is not the real test of their relationship – it’s everything else.

Synopsis: With John’s social life at a stand still and his ex-wife about to get remarried, a down on his luck divorcee finally meets the woman of his dreams, only to discover she has another man in her life, her son. Written and directed by Jay and Mark Duplass, the iconoclastic filmmaking team behind Sundance Film Festival favorite THE PUFFY CHAIR, CYRUS takes an insightful and funny look at love and family in contemporary Los Angeles.

Synopsis: Director Richard Linklater’s follow-up to Slacker takes an autobiographical look at some Texas teens (including Ben Affleck and Matthew McConaughey) on their last day of school in 1976, centering on student Randall Floyd (Jason London), who moves easily among stoners, jocks and geeks. Floyd is a star athlete, but he also likes smoking weed, which presents a conundrum when his football coach demands he sign a “no drugs” pledge.

Despicable Me (Synopsis): In a happy suburban neighborhood surrounded by white picket fences with flowering rose bushes, sits a black house with a dead lawn. Unbeknownst to the neighbors, hidden deep beneath this home is a vast secret hideout. Surrounded by an army of tireless, little yellow minions, we discover Gru (Steve Carell) planning the biggest heist in the history of the world. He is going to steal the moon (Yes, the moon!).

Despicable Me 2 (Synopsis): Chris Meledandri and his acclaimed filmmaking team at Illumination Entertainment create an all-new animated adventure featuring the return of (former?) super-villain Gru (Steve Carell), his adorable girls, the unpredictably hilarious minions…and a host of new and outrageously funny characters. Once Gru leaves behind a life of super crime to raise Margo, Edith and Agnes, he and the Minions have some free time on their hands. But just as he starts to adjust to his role as a suburban family man, an ultra-secret organization dedicated to fighting evil on a global scale comes knocking. Now, it’s up to Gru and his new partner, Lucy (Kristen Wiig), to find out who is responsible for a series of spectacular crimes. After all, it takes the world’s greatest ex-villain to catch the one vying to take his place.”

Synopsis: Christine Brown (Alison Lohman) is on her way to having it all: a devoted boyfriend (Justin Long), a hard-earned job promotion, and a bright future. But when she’s forced to make a tough decision that evicts an elderly woman from her house, Christine becomes the victim of an evil curse. Now she has only three days to dissuade a dark spirit from stealing her soul before she is dragged to hell for an eternity of unthinkable torment. Director Sam Raimi (Spider-Man and The Evil Dead Trilogy) returns to the horror genre with a vengeance in this film.

Synopsis: In this charming, critically acclaimed tale of rumors and reputation, Olive (Emma Stone), an average high school student, sees her below-the-radar existence turn around overnight once she decides to use the school’s gossip grapevine to advance her social standing. Now her classmates (Amanda Bynes, Aly Michalka) are turning against her and the school board is becoming concerned, including her favorite teacher (Thomas Haden Church) and the distracted guidance counselor (Lisa Kudrow). With the support of her hilariously idiosyncratic parents (Stanley Tucci, Patricia Clarkson) and a little help from a long-time crush (Penn Badgley), Olive attempts to take on her notorious new identity and crush the rumor mill once and for all.

Synopsis: Escape From Pretoria is the true story of Tim Jenkin (Daniel Radcliffe) and Stephen Lee (Daniel Webber), young, white South Africans branded “terrorists”, and imprisoned in 1978 for working covert operations for Nelson Mandela’s banned ANC. Incarcerated in Pretoria Maximum Security Prison, they decide to send the apartheid regime a clear message and escape! With breath-taking ingenuity, meticulous surveillance, and wooden keys crafted for 10 steel doors, they make a bid for freedom…Beyond a thrilling will-they-won’t-they-escape, this is the story of an oppressed majority’s struggle, and two ordinary men who stood-up to be counted in the pursuit of equality for all.

Synopsis: From the guys that brought you The 40-Year-Old Virgin and Knocked Up, comes “One of the funniest, damn movies I’ve ever seen!” (Richard Roeper, At the Movies with Ebert & Roeper). Peter (Jason Segel) is a struggling musician who finds his world turned upside down when his TV celebrity girlfriend, Sarah Marshall (Kristen Bell), dumps him for a tragically hip rock star. It’s the hysterically funny look at how far one man will go to forget a girl—and all the fun he finds along the way!

Synopsis: Edgar Wright’s Hot Fuzz is the action-packed new comedy from the makers of Shaun of the Dead. Nicholas Angel (Simon Pegg) is the finest cop London has to offer. He’s so good, he makes everyone else look bad. As a result, Angel’s superiors send him to a place where his talents won’t be quite so embarrassing — the sleepy and seemingly crime-free village of Sandford where they team him up with the inexperienced, puppy-like policeman Danny Butterman (Nick Frost). Together the two find trouble where no one imagined it could be. Also starring Jim Broadbent, Paddy Considine, and Timothy Dalton

Synopsis: Sergio Leone’s original vision of Once Upon a Time in America comes to life in this fully restored Extended Director’s Cut. Twenty-two minutes of never-before-seen footage have been returned to this chronicle of brutal and passionate underworld history, deepening the characters and enlarging the work of its astonishing cast. Robert De Niro and James Woods play lifelong pals whose rise as crime kingpins unravels in death and corruption. Tuesday Weld, Joe Pesci, Jennifer Connelly, Elizabeth McGovern, Treat Williams and Louise Fletcher (the latter three showcased in recovered scenes) also star. The newly added 22 minutes of extended scenes bring us closer to Leone’s original vision of the film, but due to the limited availability of 35mm work prints, the new inserts could not be restored to the same quality as the rest of the film.

Synopsis: Academy Award(R) winner Julia Roberts and Golden Globe winner Richard Gere will leave you breathless in Pretty Woman. Vivian (Roberts) is a spirited, streetwise diamond in the rough when she meets shrewd, no-nonsense billionaire Edward Lewis (Gere). It’s a chance encounter that turns a weeklong “business arrangement” into a timeless rags-to-riches romance. Fall in love all over again as this contemporary Cinderella story unfolds before your eyes. Savor every word, every laugh, and every unforgettable song. Experience all the comedy, charm and passion of this beloved classic.

Synopsis: Billy Hoyle (Woody Harrelson) and Sidney Deane (Wesley Snipes) are an unlikely pair of basketball hustlers. They team up to con their way across the courts of Los Angeles, playing a game that’s fast dangerous – and funny. Directed and written by Ron Shelton (“Bull Durham”), and co-starring the sizzling Rosie Perez

Synopsis: Last Survivors takes place in a post-apocalyptic world where Troy (Stephen Moyer) raises his now grown son, Jake (Drew Van Acker), in a perfect wooded utopia thousands of miles away from the decayed cities. When Troy is severely wounded, Jake is forced to travel to the outside world to find life-saving medicine. Ordered to kill anyone he encounters, Jake defies his father by engaging in a forbidden relationship with a mysterious woman, Henrietta (Alicia Silverstone). As Jake continues this dangerous affair, Troy will stop at nothing to get rid of Henrietta and protect the perfect utopia he created.

Synopsis: 12-year-old Tinja is desperate to please her mother, a woman obsessed with presenting the image of a perfect family. One night, Tinja finds a strange egg. What hatches is beyond belief.

Synopsis: Welcome to Malus, the bright new star in the culinary sky in Denmark. Here, the power couple Maggie (Katrine Greis-Rosenthal) and Carsten (Nikolaj Coster-Waldau) rule as the latest invincible duo on the Danish gourmet scene. Maggie is an anthropologist who created the extraordinary setting of the restaurant, and Carsten is a celebrity chef who works his magic in the kitchen. They love each other, have two wonderful children, and own one of the most hyped restaurants in Copenhagen. They want it all and they have it all… except the prestigious Michelin star they so desperately covet. The couple is willing to sacrifice everything to achieve their dream. In their tireless chase after the ultimate recognition, they forget that the best meals in life are shared together. 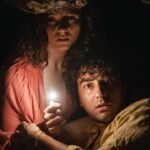 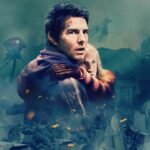