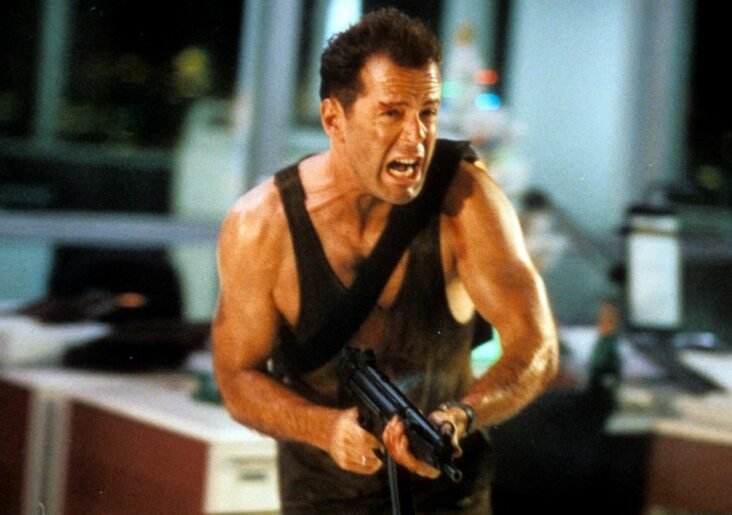 Hulu is nothing if not a goldmine of content, with basically something to watch for everyone, and today we are making a list of the best 13 new movies on Hulu in June 2022 you can watch this month. The movies in this list are not ranked.

Alien (Synopsis): The time is the future. The crew aboard a massive, commercial space vehicle is en-route to earth with a load of extraterrestrial ore when they are sidetracked by mysterious signals from a nearby planet. The signals seem to be calls for help and when the space ship arrives they find a ruined, moldering spacecraft and within it egg-like living organisms.

Aliens (Synopsis): Fifty-seven years after surviving an apocalyptic attack aboard her space vessel by merciless space creatures, Officer Ripley (Sigourney Weaver) awakens from hyper-sleep and tries to warn anyone who will listen about the predators. Although she is ignored at first, when contact with colonists on a planet thought safe is suddenly lost, Ripley and a military team are sent to confront the aliens.

Synopsis: From acclaimed writer Nick Hornby (About A Boy, High Fidelity) comes this inspired coming-of-age film Rolling Stone magazine calls “a miracle of a movie.” When Jenny (Academy Award® and Golden Globe® nominee Carey Mulligan), a bright young school girl who longs for adulthood, meets David (Peter Sarsgaard), a dashing older man, he introduces her to his vibrant world of glamorous friends, chic jazz clubs and her own sexual awakening. Will she let this affair ruin her dreams of attending Oxford, as her headmistress (Emma Thompson) fears? This captivating film sparkles with the wit, charm and style of 1960s Britain.

Synopsis: Bridesmaids stars Kristen Wiig, who leads the cast as Annie, a maid of honor whose life unravels as she leads her best friend, Lillian (Maya Rudolph), and a group of colorful bridesmaids (Rose Byrne, Melissa McCarthy, Wendi McLendon-Covey and Ellie Kemper) on a wild ride down the road to matrimony. Annie’s life is a mess. But when she finds out her lifetime best friend is engaged, she simply must serve as Lillian’s maid of honour. Though lovelorn and broke, Annie bluffs her way through the expensive and bizarre rituals. With one chance to get it perfect, she’ll show Lillian and her bridesmaids just how far you’ll go for someone you love.

Synopsis: This sinfully funny movie starring Academy Award® winner Meryl Streep and Anne Hathaway is sensationally entertaining in every way. As assistant to impossibly demanding New York fashion magazine editor Miranda Priestly (Streep), young Andy Sachs (Hathaway) has landed a job that “a million girls would die for.” Unfortunately, her heaven-sent appointment as Miranda’s personal whipping girl just might be the death of her! The Devil Wears Prada is based on the internationally best-selling novel by Lauren Weisberger, which spent six months on the New York Times bestseller list and was translated into 27 languages.

Die Hard (Synopsis): A New York City cop faces overwhelming odds when his Christmas visit to California is interrupted by a terrorist invasion of his estranged wife’s office building.

Die Hard 2 (Synopsis): In this sequel, New York City policeman John McClaine tries to stop an elite commando group from kidnapping a big time drug dealer and taking him to the Caribbean.

Die Hard with a Vengeance (Synopsis): This much anticipated sequel to the previous action blockbusters, teams a black cop with detective John McClain. Together they fight a mad bomber in Manhattan.

Synopsis: Jon Martello (Joseph Gordon-Levitt) is a strong, handsome, good old fashioned guy. His buddies call him Don Jon due to his ability to “pull” a different woman every weekend, but even the finest fling doesn’t compare to the bliss he finds alone in front of the computer watching pornography. Barbara Sugarman (Scarlett Johansson) is a bright, beautiful, good old fashioned girl. Raised on romantic Hollywood movies, she’s determined to find her Prince Charming and ride off into the sunset. Wrestling with good old fashioned expectations of the opposite sex, Jon and Barbara struggle against a media culture full of false fantasies to try and find true intimacy in this unexpected comedy written and directed by Joseph Gordon-Levitt.

Synopsis: From the rural town of Preston, Idaho, comes Napoleon Dynamite (Jon Heder). With a red ‘fro, his moon boots, and illegal government ninja moves, he is a new kind of hero. His family consists of fragile brother Kip (Aaron Ruell), who’s seeking his soulmate in online chat rooms; Uncle Rico (Jon Gries), who is stuck in his “glory” days of high school football; and Grandma (Sandy Martin), who enjoys going out to the dunes on her quad-runner. Napoleon spends his days drawing magical beasts, working on his computer hacking skills to impress the chicks, and begrudgingly feeding his Grandma’s pet llama. When his friend Pedro (Efren Ramirez) decides to run for class president, it is Napoleon to the rescue to help him triumph over adversity.

Synopsis: MARTHA MARCY MAY MARLENE is a powerful psychological thriller starring Elizabeth Olsen as Martha, a young woman rapidly unraveling amidst her attempt to reclaim a normal life after fleeing from a cult and its charismatic leader (John Hawkes). Seeking help from her estranged older sister Lucy (Sarah Paulson) and brother-in-law (Hugh Dancy), Martha is unable and unwilling to reveal the truth about her disappearance. When her memories trigger a chilling paranoia that her former cult could still be pursuing her, the line between Martha’s reality and delusion begins to blur.

Synopsis: Weekend at Bernie’s is a 1989 American dark comedy film directed by Ted Kotcheff and written by Robert Klane, loosely based on the 1959 novella The Two Deaths of Quincas Wateryell by Jorge Amado. The film stars Andrew McCarthy and Jonathan Silverman as young insurance corporation employees who discover that their boss, Bernie, is dead, after arriving at his house. While attempting to convince people that Bernie is still alive until they can leave to prevent them from being falsely suspected for causing his death, they discover that Bernie had ordered their own assassinations to cover up his embezzlement.

Synopsis: Fire Island is an unapologetic, modern day rom-com set around two best friends (Joel Kim Booster and Bowen Yang) who gather in the iconic vacation spot to have a legendary summer in gay paradise with their cadre of eclectic friends and chosen family.

Synopsis: A rock climbing adventure between two friends turns into a terrifying nightmare. After Kelly (Brittany Ashworth) captures the murder of her best friend on camera, she becomes the next target of a tight-knit group of friends who will stop at nothing to destroy the evidence and anyone in their way. Desperate for her safety, she begins a treacherous climb up a mountain cliff and her survival instincts are put to the test when she becomes trapped with the killers just 20 feet away. 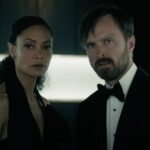 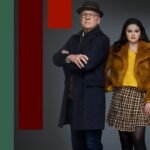