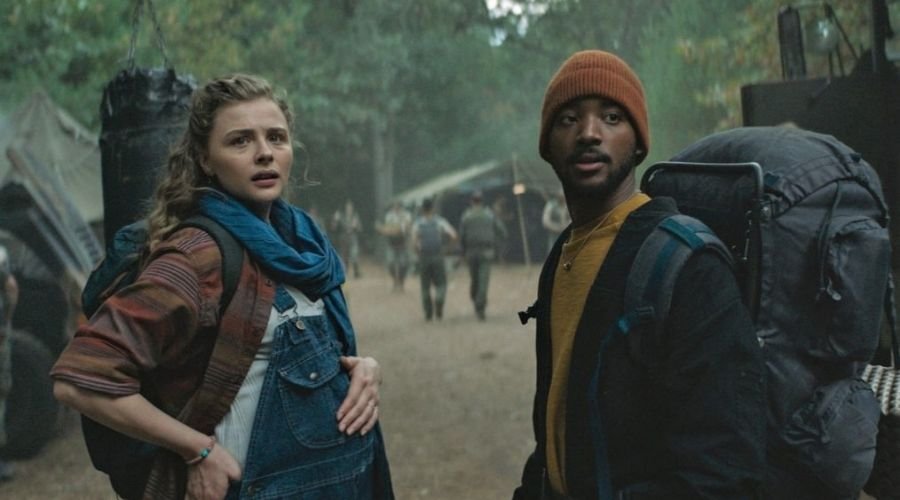 Hulu is nothing if not a goldmine of content, with basically something to watch for everyone, and today we are making a list of the best 10 new movies on Hulu in December 2021 you can watch this month. The movies in this list are not ranked.

Synopsis: The Bank Job is inspired by an extraordinary true event, a daring, unsolved robbery, which took place more than 35 years ago in London. A highly-charged thriller, directed by Roger Donaldson and starring Jason Statham and Saffron Burrows, it interweaves a heady combination of intrigue, scandal and danger and has been described by its producers as “an amazing untold story of murder, sex and corruption”.

Four Weddings And A Funeral

Synopsis: A reserved Englishman meets attractive American Carrie at a wedding and falls in love with her, but his inability to express his feelings seems to forestall any possibility of relationship – until they meet again and again.

Synopsis: A group of counselors are murdered one by one by an unknown assailant at Camp Crystal Lake, a resort where years before was the site of a child’s drowning and a grisly double murder.

Synopsis: Hustlers follows a crew of savvy former strip club employees who band together to turn the tables on their Wall Street clients. The film is inspired by the article published by New York Magazine entitled “The Hustlers at Scores” written by Jessica Pressler.

Synopsis: Academy Award® winners Denzel Washington and Meryl Streep, along with Golden Globe and Emmy nominee Liev Schreiber, mesmerize a whole new generation of audiences in Academy Award® winner Jonathan Demme’s “The Manchurian Candidate.” As the entire nation watches the presidential campaign hurtle towards Election Day, one soldier races to uncover the conspiracy behind it – a conspiracy that seeks to destroy democracy itself.

Synopsis: George Clooney, Matt Damon, Brad Pitt, Julia Roberts and Don Cheadle go for broke to pull off the most sophisticated and daring Las Vegas casino heist ever. Less than 24 hours after being paroled, charismatic Danny Ocean (Clooney) handpicks a top-notch team of smooth operators to pocket $150 million–in one night! The mark: ruthless entrepreneur Terry Benedict (Andy Garcia). Benedict controls three of the biggest casinos in Las Vegas … and Oceans sexy ex-wife (Roberts). In any other place they’d be bad guys, but Ocean and his crew stick to the rules: Don’t hurt anybody. Don’t steal from anyone who doesn’t deserve it. And play the game like you’ve got nothing to lose. Are you in or out?

Synopsis: Picking up right where the first film ends, The Raid 2 follows Rama as he goes undercover and infiltrates the ranks of a ruthless Jakarta crime syndicate in order to protect his family and uncover the corruption in his own police force.

Synopsis: Revealing fighting skills as lethal as his legendary intellect, Holmes will battle as never before to bring down a new nemesis and unravel a deadly plot that could destroy the country.

Synopsis: A young woman and her boyfriend go on a treacherous journey of escape as their country is caught in an unexpected war with artificial intelligence. Days away from the arrival of their first child, they must cross a stronghold of the android uprising, in hopes of reaching safety before giving birth.

This concludes the list of the best 10 new movies on Hulu in December 2021. So, if you have watched them tell us in the comments and we will make a new list for you, and if you haven’t what are you waiting for.