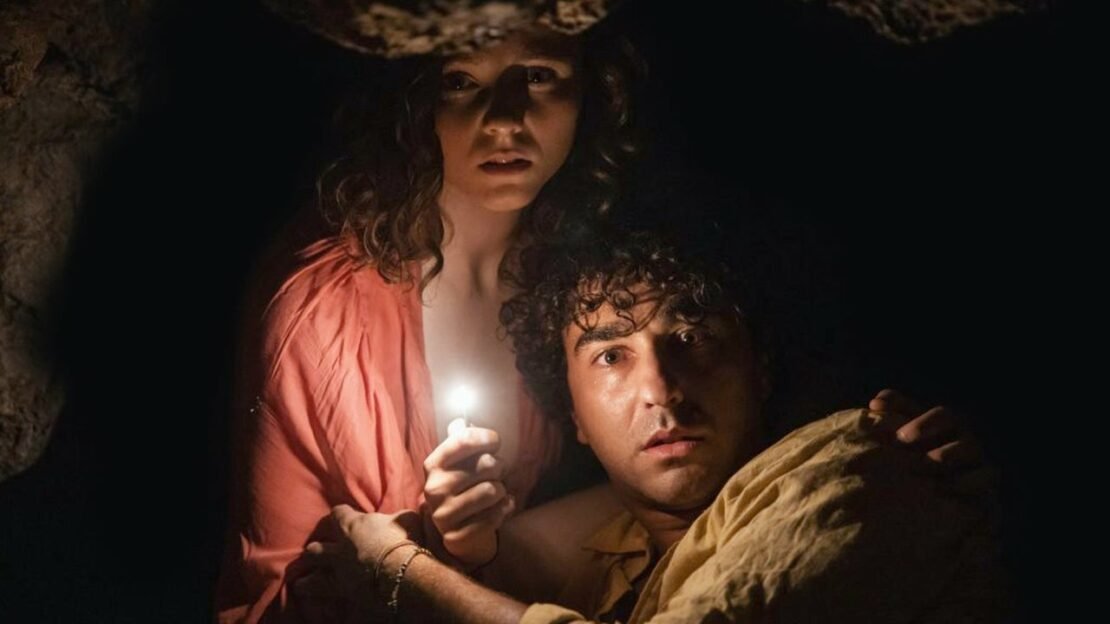 HBO Max is nothing if not a goldmine of content, with basically something to watch for everyone, and today we are making a list of the best 15 new movies on HBO Max in May 2022 you can watch right now. The movies in this list are not ranked.

Synopsis: Based upon the true story of Bruce Johnston Sr., his son, and his brothers; together, they constituted one of suburban Philadelphia’s most notorious crime families during the 1970s. Their criminal activities ranged from burglary, theft and ultimately, murder.

Synopsis: Humphrey Bogart and Lauren Bacall ignite the screen in this classic film noir adaptation of Raymond Chandler’s steamy detective novel. When private investigator Philip Marlowe (Bogart) accepts the blackmail case of one of Los Angeles’ wealthiest men, his probe leads deep into a web of lies, drugs, pornography and murder woven around his client’s two beautiful daughters. But Marlowe’s most startling discovery is his inexorable attraction to one of the sisters.

Synopsis: Millionaire Thornton Melon’s (Rodney Dangerfield) son is a college misfit, so Thornton lends some fatherly support…by enrolling as a fellow freshman! Who cares if he never finished high school? Thornton’s pockets are deep enough to buy his way in! But when he steals his professor’s girlfriend (Sally Kellerman), Thornton goes just a little too far. Now, he’ll have to hit the books, instead of his bank account – or go back to being the world’s wealthiest dropout!

Synopsis: Newcomer Owen Wilson, in a star-making performance, co-wrote the screenplay about three best friends who attempt to escape their suburban boredom through a life of crime. But these bickering, bumbling thieves are no match for the local “godfather” (James Caan) who leads them into the biggest heist of their careers. Co-starring Luke Wilson and Bob Musgrave in their film debuts.

Synopsis: Starring Salma Hayek, Antonio Banderas, and Alfred Molina, ‘Frida’ chronicles the life Frida Kahlo shared unflinchingly and openly with Diego Rivera, as the young couple took the art world by storm. From her complex and enduring relationship with her mentor and husband to her illicit and controversial affair with Leon Trotsky, to her provocative and romantic entanglements with women, Frida Kahlo lived a bold and uncompromising life as a political, artistic, and sexual revolutionary.

Synopsis: Harrison Ford and Oscar-winner Tommy Lee Jones race through this breathless manhunt movie based on the classic television series of the Sixties. Ford is prison escapee Dr. Richard Kimble, a Chicago surgeon falsely convicted of killing his wife and determined to prove his innocence by leading his pursuers to the one-armed man who actually committed the crime. Jones, who also picked up the Golden Globe, is Sam Gerard, an unrelenting bloodhound of a U.S. Marshal. They are hunted and hunter. And as directed by Andrew Davis, their nonstop chase has one exhilarating speed: all-out. So catch him if you can. And catch an 11-on-a-scale-of-10 train wreck (yes, the train is real), a plunge down a waterfall, a cat-and-mouse jaunt through a Chicago St. Patrick’s Day parade and much more.

Synopsis: Jimmy Neutron: Boy Genius, is trying to make contact with an alien civilization. Unbeknownst to him, a satellite he launches (okay, it’s the kitchen toaster, but it works!) is picked up by an alien species. In the dark of night the aliens fly their war ships-looking like a fleet of rubber chickens to earth and abduct all the parents in Jimmy’s hometown of Retroville. So it’s up to Jimmy to create a fleet of space ships from the rides at the town’s new amusement park (hey, he’s a genius, remember?) and launch them into orbit in a bid to rescue the abducted parents of Retroville. But Jimmy better hurry! Because the aliens are preparing to use the parents as human sacrifices! With his robotic dog, Goddard, and his best friend, Carl, by his side, Jimmy and the rest of the kids in Retroville take to the skies on a trip that’s sure to be a blast! Featuring the voice talents of Patrick Stewart and Martin Short as the evil King Goobot and his sidekick Ooblar.

Synopsis: When his husband surprises him with weekly Spanish lessons, Adam (Mark Duplass, Bombshell, The Morning Show) is unsure about where or how this new element will fit into his already structured life. But after tragedy strikes, his Spanish teacher, Cariño (Natalie Morales, Dead To Me, Parks And Recreation), becomes a lifeline he didn’t know he needed. Adam develops an unexpected and complicated emotional bond with Cariño — but do you really know someone just because you’ve experienced a traumatic moment with them?

Synopsis: A funny and touching coming-of-age story, The Perks of Being a Wallflower is a modern classic that captures the dizzying highs and crushing lows of high school. Freshman Charlie (Logan Lerman) is a perpetual wallflower until he falls under the spell of the beautiful, free-spirited Sam (Emma Watson) and her fearless stepbrother, Patrick (Ezra Miller); together, the trio navigates love, loss, fear, hope – and the quest for the perfect song – in this unforgettable adaptation of Stephen Chbosky’s beloved novel.

Synopsis: For four young Aboriginal sisters from a remote town, 1968 was the year that would change their lives forever. Around the world there was revolutions and drugs. And there was Vietnam. The sisters, Cynthia, Gail, Julie and Kay are discovered by Dave, a talent scout with a kind heart, very little rhythm but a great love of soul music. Billed as Australia’s answer to ‘The Supremes’, Dave secures their first gig, and then takes them to Vietnam to sing for the troops. Based on a true story, The Sapphires is a triumphant celebration of love, family and music.

Synopsis: Arnold Schwarzenegger returns as The Terminator in this explosive action-adventure spectacle. Now he’s one of the good guys, sent back in time to protect John Connor, the boy destined to lead the freedom fighters of the future. Linda Hamilton reprises her role as Sarah Connor, John’s mother, a quintessential survivor who has been institutionalized for her warning of the nuclear holocaust she knows is inevitable. Together, the threesome must find a way to stop the ultimate enemy – the T-1000, the most lethal Terminator ever created. Co- written, produced and directed by James Cameron (The Terminator, Aliens, Titanic), this visual tour de force is also a touching human story of survival.

Synopsis: The breathtaking, generation-defining Broadway phenomenon becomes a soaring cinematic event as Tony, Grammy and Emmy Award winner Ben Platt reprises his role as an anxious, isolated high schooler aching for understanding and belonging amid the chaos and cruelty of the social-media age. Directed by acclaimed filmmaker Stephen Chbosky (The Perks of Being A Wallflower, Wonder), the film is written for the screen by the show’s Tony winner Steven Levenson with music and lyrics by the show’s Oscar®, Grammy and Tony-winning songwriting team of Benj Pasek & Justin Paul (La La Land, The Greatest Showman).

Synopsis: Visionary filmmaker M. Night Shyamalan unveils a chilling, mysterious thriller about a family on a tropical holiday who discover that the secluded beach where they are relaxing for a few hours is somehow causing them to age rapidly … reducing their entire lives into a single day.