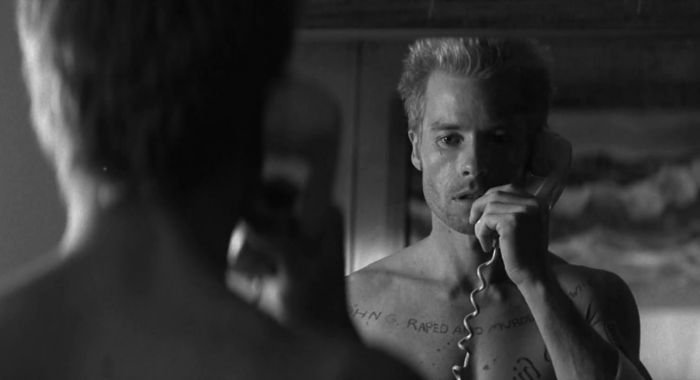 HBO Max is nothing if not a goldmine of content, with basically something to watch for everyone, and today we are making a list of the best 13 new movies on HBO Max in January 2022 you can watch right now. The movies in this list are not ranked.

Synopsis: In 1959, Truman Capote learns of the murder of a Kansas family and decides to write a book about the case. While researching for his novel In Cold Blood, Capote forms a relationship with one of the killers, Perry Smith, who is on death row.

The Diary of a Teenage Girl

Synopsis: Like most teenage girls, Minnie Goetze (Bel Powley) is longing for love, acceptance and a sense of purpose in the world. Minnie begins a complex love affair with her mother’s (Kristen Wiig) boyfriend, “the handsomest man in the world,” Monroe Rutherford (Alexander Skarsgård). What follows is a sharp, funny and provocative account of one girl’s sexual and artistic awakening, without judgment.

Synopsis: Academy Award winner Clint Eastwood stars as no-holds-barred San Francisco cop Dirty Harry Calahan in this action thriller that began a an action franchise–Dirty Harry. When detective Harry Calahan is assigned to pay extortion money to a serial murderer, the payoff goes wrong. Now with the life of a 14-year-old girl at stake, Callahan refuses to allow anything–including the law–to keep him from stopping the killer.

Synopsis: In this charming, critically acclaimed tale of rumors and reputation, Olive (Emma Stone), an average high school student, sees her below-the-radar existence turn around overnight once she decides to use the school’s gossip grapevine to advance her social standing. Now her classmates (Amanda Bynes, Aly Michalka) are turning against her and the school board is becoming concerned, including her favorite teacher (Thomas Haden Church) and the distracted guidance counselor (Lisa Kudrow). With the support of her hilariously idiosyncratic parents (Stanley Tucci, Patricia Clarkson) and a little help from a long-time crush (Penn Badgley), Olive attempts to take on her notorious new identity and crush the rumor mill once and for all.

Synopsis: William Friedkin directs one of the most horrifying movies ever made. When a charming 12-year-old girl takes on the characteristics and voices of others, doctors say there is nothing they can do. As people begin to die, the girl’s mother realizes her daughter has been possessed by the devil–and that her daughter’s only possible hope lies with two priests and the ancient rite of demonic exorcism.

Synopsis: Stylish and sexy, FATAL ATTRACTION took audiences to terrifying new heights with its thrilling story of a casual encounter gone terribly awry. This box-office smash was nominated for six Academy Awards, including Best Picture and Best Director (Adrian Lyne, Indecent Proposal, Flashdance). Michael Douglas plays Dan Gallagher, a New York attorney who has a tryst with seductive Alex Forrest (Glenn Close) while his wife (Anne Archer) is away. Dan later shrugs off the affair as a mistake and considers it over. But Alex won’t be ignored. Not now, not tomorrow, not ever…even if it means destroying Dan’s family to keep him.

Synopsis: Life in Massena is as harsh and barren as the frigid landscape. In this bleak terrain, two hardened single mothers are trying to make lives for their children. Lila is a widowed Mohawk whose mother-in-law “stole” her newborn son a year ago. Ray is a mother of two whose gambling-addicted husband just left town with the down payment for their new trailer home. Faced with little opportunity to make ends meet, Ray and Lila embark on an illegal venture transporting immigrants into the U.S. across Mohawk territory. With the money for the down payment within Ray’s grasp, the women are determined to make one last run. When circumstances spiral out of control, the two women must make life or death decisions based on their friendship and love for their children.

Synopsis: Nominated for seven Academy Awards, including “Best Picture,” this 1993 box-office blockbuster is as compelling today as when it first stormed into theaters. Harrison Ford and Oscar-winner Tommy Lee Jones race through this breathless manhunt movie based on the classic television series of the Sixties. Ford is prison escapee Dr. Richard Kimble, a Chicago surgeon falsely convicted of killing his wife and determined to prove his innocence by leading his pursuers to the one-armed man who actually committed the crime. Jones, who also picked up the Golden Globe, is Sam Gerard, an unrelenting bloodhound of a U.S. Marshal. They are hunted and hunter. And as directed by Andrew Davis, their nonstop chase has one exhilarating speed: all-out. So catch him if you can. And catch an 11-on-a-scale-of-10 train wreck (yes, the train is real), a plunge down a waterfall, a cat-and-mouse jaunt through a Chicago St. Patrick’s Day parade and much more. Better hurry. Dr. Richard Kimble doesn’t stay in one place very long!

Synopsis: Sandra Bullock and George Clooney star in this heart-pounding thriller written, set in the infinite and unforgiving realm of deep space. Bullock plays a brilliant medical engineer on her first shuttle mission, with Clooney as a veteran astronaut in command of his last flight before retiring. But on a seemingly routine spacewalk, disaster strikes. The shuttle is destroyed, leaving the two completely alone — tethered to nothing but each other and spiraling out into the blackness. The deafening silence tells them they have lost any link to Earth…and any chance for rescue. As fear turns to panic, every gulp of air eats away at what little oxygen is left. But the only way home may be to go further out into the terrifying expanse of space.

Synopsis: Point blank in the head a man shoots another. In flashbacks, each one earlier in time than what we’ve just seen, the two men’s past unfolds. Leonard, as a result of a blow to the head during an assault on his wife, has no short-term memory. He’s looking for his wife’s killer, compensating for his disability by taking Polaroids, annotating them, and tattooing important facts on his body. We meet the loquacious Teddy and the seductive Natalie (a barmaid who promises to help), and we glimpse Leonard’s wife through memories from before the assault. Leonard also talks about Sammy Jankis, a man he knew with a similar condition. Has Leonard found the killer? What’s going on?

Synopsis: Universally known Paddington Bear is now happily settled with the Brown family and becomes a very popular member of the local community, picking up odd jobs to buy the perfect present for Aunt Lucy’s 100th birthday, only for the gift to be stolen. It’s up to Paddington and the browns to reveal the thief…

Synopsis: Rob Reiner’s romantic comedy WHEN HARRY MET SALLY stars Billy Crystal and Meg Ryan as the title pair. The film opens with the two strangers, both newly graduated from the University of Chicago, share a car trip from Chicago to New York, where they are both going to make their way. During the trip, they discuss aspects of their characters and their lives, eventually deciding it is impossible for men and women to be “just friends.” They arrive in New York and go their separate ways. They meet a few years later on an airplane and Harry reveals he is married. They meet again at a bookstore a few years after that where Harry reveals he is now divorced. From that point on, the two form a friendship. Eventually their closeness results in their respective best friends (played by Carrie Fisher and Bruno Kirby) meeting and falling in love with each other. At a New Year’s Eve party Harry and Sally confront the complex tangle of emotions they feel for each other. Footage of real-life married couples discussing how they met is interspersed throughout the film. The soundtrack consists primarily of Harry Connick Jr. crooning standards like “It Had to Be You.”

This concludes the list of the best 13 new movies on HBO Max in January 2022. So, if you have watched them tell us in the comments and we will make a new list for you, and if you haven’t what are you waiting for.