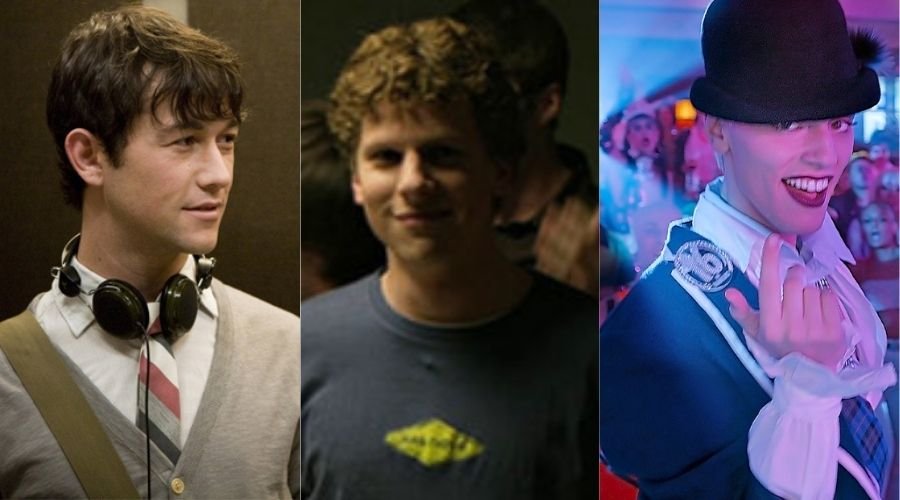 Amazon Prime Video is nothing if not a goldmine of content, with basically something to watch for everyone, and today we are making a list of the best 10 new movies on Amazon Prime Video in September 2021 you can watch right now. The movies in this list are not ranked.

Synopsis: In this crossover Korean horror hit, a giant mutant sea monster terrorizes Seoul. But the ferocious creature known as “The Host” is no lumbering beast like Godzilla. It selects what it wants carefully, and what it wants is the Hyun-seo, who it drags back to it’s deep, dark hideout. Now it’s up to Hyun-seo’s father Gang-du, a food-stand worker who’s anything but a traditional hero, to infiltrate the forbidden zone and rescue his daughter from the clutches of the horrifying creature.

Synopsis: David Fincher’s The Social Network is the stunning tale of a new breed of cultural insurgent: a punk genius who sparked a revolution and changed the face of human interaction for a generation, and perhaps forever. Shot through with emotional brutality and unexpected humor, this superbly crafted film chronicles the formation of Facebook and the battles over ownership that followed upon the website’s unfathomable success. With a complex, incisive screenplay by Aaron Sorkin and a brilliant cast including Jesse Eisenberg, Andrew Garfield and Justin Timberlake, The Social Network bears witness to the birth of an idea that rewove the fabric of society even as it unraveled the friendship of its creators.

Synopsis: Inspired by true events, Everybody’s Talking About Jamie follows Jamie New (Max Harwood), a teenager from Sheffield, who dreams of life on stage. While his classmates plan their livelihoods after they leave school, Jamie contemplates revealing his secret career ambition to become a fierce and proud drag queen. His best friend Pritti (Lauren Patel) and his loving mum (Sarah Lancashire) shower him with endless support, while local drag legend Miss Loco Chanelle (Richard E. Grant) mentors him toward his debut stage performance. But Jamie also has to contend with an unsupportive father (Ralph Ineson), an uninspired careers advisor (Sharon Horgan), and some ignorant school kids who attempt to rain on his sensational parade. In rousing and colorful musical numbers, Jamie and his community inspire one another to overcome prejudice, be more accepting, and to step out of the darkness into the spotlight.

Do the Right Thing

Synopsis: Unanimous critical acclaim embraces this inventive and extraordinary film from Spike Lee. Newsweek calls it “astonishing.” The Houston Post describes it as “exhilarating, joyous and screamingly funny.” USA Today calls it “1989’s best film.” This powerful visual feast combines humor and drama with memorable characters while tracing the course of a single day on a block in the Bedford-Stuyvesant area of Brooklyn. It’s the hottest day of the year, a scorching 24-hour period that will change the lives of its residents forever. Danny Aiello co-stars in this absorbing tale of inner-city life that heats up with vivid images and unforgettable performances.

Synopsis: Sunday dinner at Mothers Joe’s is a mouth watering, 40 year tradition. As seen through the eyes of her grandson Ahmad , love and laughs are always on the menu, despite the usual rivalries simmering between his mom Maxine and her sisters Teri and Bird. But when serious bickering starts to tear the family apart, the good times suddenly stop. Now it’s up to Ahmad to get everyone back together and teach them the true meaning of soul food.

As Good as It Gets

Synopsis: Jack Nicholson, Helen Hunt, Greg Kinnear and Cuba Gooding, Jr., star in James L. Brooks’ hit comedy, As Good As It Gets. Nicholson gives a show-stopping performance as Melvin Udall, an obsessive-compulsive novelist with Manhattan’s meanest mouth. But when his neighbor Simon is hospitalized, Melvin is forced to babysit Simon’s dog. And that unexpected act of kindness, along with waitress Carol Connelly, helps put Melvin back in the human race.

This concludes the list of the best 10 new movies on Amazon Prime Video in September 2021. So, if you have watched them tell us in the comments and we will make a new list for you, and if you haven’t what are you waiting for.