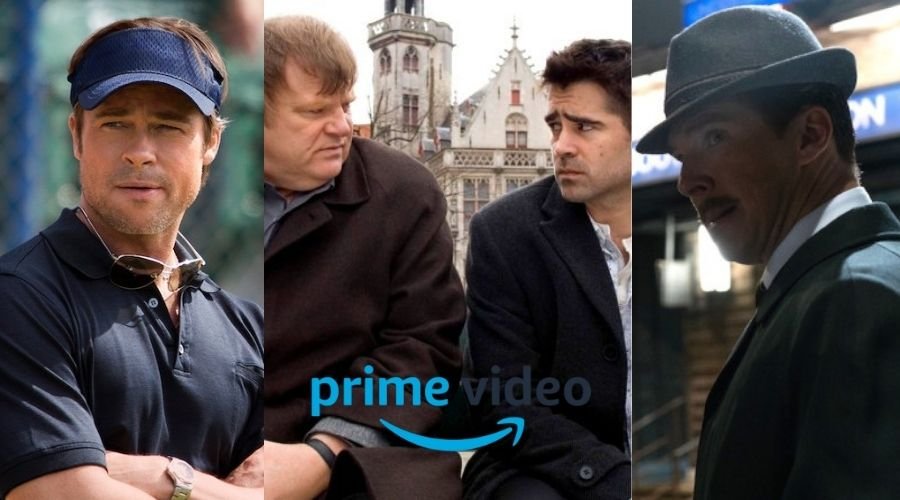 Amazon Prime Video is nothing if not a goldmine of content, with basically something to watch for everyone, and today we are making a list of the best 5 new movies on Amazon Prime Video in August 2021 you can watch right now. The movies in this list are not ranked.

Synopsis: Bruges (pronounced “broozh”), the most well-preserved medieval city in the whole of Belgium, is a welcoming destination for travellers from all over the world. But for hit men Ray (Colin Farrell) and Ken (Brendan Gleeson), it could be their final destination; a difficult job has resulted in the pair being ordered right before Christmas by their London boss Harry (two-time Academy Award nominee Ralph Fiennes) to go and cool their heels in the storybook Flemish city for a couple of weeks.

Synopsis: Directed by Academy Award® winner Steven Spielberg, Jaws set the standard for edge-of-your-seat suspense, quickly becoming a cultural phenomenon and forever changing the movie industry. When the seaside community of Amity finds itself under attack by a dangerous great white shark, the town’s chief of police (Roy Scheider), a young marine biologist (Richard Dreyfuss) and a grizzled shark hunter (Robert Shaw) embark on a desperate quest to destroy the beast before it strikes again. Featuring an unforgettable score that evokes pure terror, Jaws remains one of the most influential and gripping adventures in motion picture history.

Synopsis: Oakland A’s general manager Billy Beane (Brad Pitt) challenges the system and defies conventional wisdom when his is forced to rebuild his small-market team on a limited budget. Despite opposition from the old guard, the media, fans and their own field manager (Philip Seymour Hoffman), Beane – with the help of a young, number-crunching, Yale-educated economist (Jonah Hill) – develops a roster of misfits…and along the way, forever changes the way the game is played.

Synopsis: THE COURIER is a true-life spy thriller, the story of an unassuming British businessman Greville Wynne (Benedict Cumberbatch) recruited into one of the greatest international conflicts in history. At the behest of the UK’s MI-6 and a CIA operative (Rachel Brosnahan), he forms a covert, dangerous partnership with Soviet officer Oleg Penkovsky (Merab Ninidze) in an effort to provide crucial intelligence needed to prevent a nuclear confrontation and defuse the Cuban Missile Crisis.

Synopsis: After ten years of estrangement, twins Maggie and Milo coincidentally cheat death on the same day, prompting them to reunite and confront how their lives went so wrong. As the twins’ reunion reinvigorates them both, they realize that the key to fixing their lives just may lie in fixing their relationship with each other.

This concludes the list of the best 5 new movies on Amazon Prime Video in August 2021. So, if you have watched them tell us in the comments and we will make a new list for you, and if you haven’t what are you waiting for.