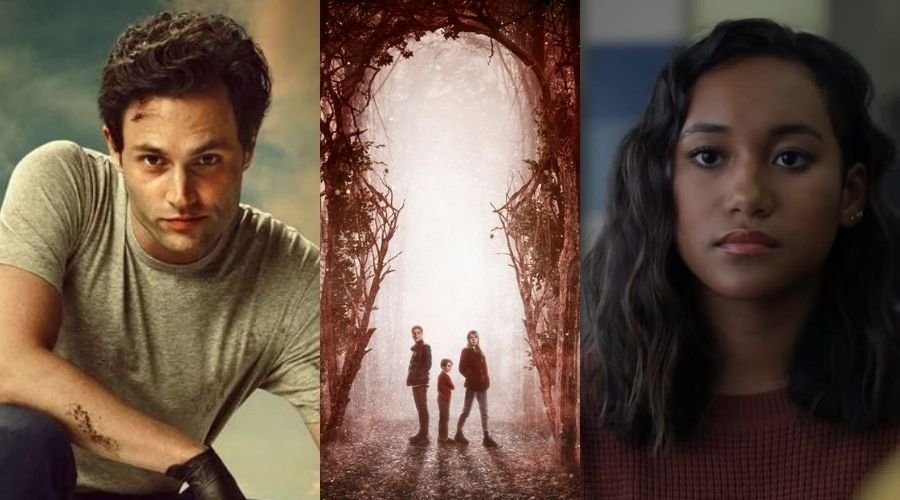 Halloween is upon us and it’s time to watch something spooky. Horror is the best genre for this season as it has the most awesome horror-based holiday. So, cut out the pumpkin, get some candy, and here is every movie and TV series coming to Netflix for Halloween in 2021.

Synopsis: On her 12th birthday, Willa Ward receives a purr-fect gift that unlocks a world of witchcraft, talking animals and so much more with her best friends.

Synopsis: Can The New Day survive the surprises at The Undertaker’s spooky mansion? It’s up to you to decide their fate in this interactive WWE-themed special.

There’s Someone Inside Your House (Movie)

Synopsis: Makani and her friends at Osborne High School try to identify and stop a masked killer who’s targeting students and exposing their biggest secrets.

Synopsis: Follow Hansel and Gretel as they walk out of their own story into a winding and wickedly witty tale full of strange — and scary — surprises.

Synopsis: The Sharkpack gets ready for Halloween with the spooky legend of the “Fearsome Fog” — and Sharkdog must save trick-or-treating from a slimy sea monster!

Synopsis: Now married with a young baby, Love and Joe try to forge a normal life in the affluent suburb of Madre Linda. But old habits die hard.

Synopsis: To earn some extra cash, quirky college student Benny (Jorge Lendeborg, Jr.) moonlights as a chauffeur for one night. His task: drive two mysterious young women (Debby Ryan and Lucy Fry) around Los Angeles for a night of party hopping. Taken captive by his clients’ charm, he soon learns that his passengers have their own plans for him – and an insatiable thirst for blood. As his night spins out of control, Benny is thrust into the middle of a clandestine war that pits rival tribes of vampires against the protectors of the human world, led by his brother (Raúl Castillo), who will stop at nothing to send them back into the shadows. With sunrise fast approaching, Benny is forced to choose between fear and temptation if he wants to stay alive and save the City of Angels.

Synopsis: With danger lurking closer than they know, Tyler, Kinsey and Bode unlock more family secrets as they dig deeper into the power and mystery of the keys.

Nobody Sleeps In The Woods Tonight Part 2 (Movie)

Synopsis: Nobody Sleeps In The Woods 2 is a continuation of the first Polish slasher film, based on a screenplay by Mirella Zaradkiewicz and Bartosz M. Kowalski, who also directed the film. The main character of the film is Adaś, a young, lonely, unhappy policeman from a small village in Podlasie. Ignored by his colleagues and beautiful and extremely confident Wanessa, the shy boy is looking for his place in the world. In the sequel, we will also learn more about the fate of Zosia, who will show a completely new and surprising face. The film is a perverse, ironic, grotesque and bloody story about looking for love and discovering one’s own self in a world that divides us more than it unites us. It’s a slasher that will turn genre rules upside down this time.

Synopsis: Feeling stuck both personally and professionally, Jenn turns to a mysterious hypnotherapist for help, only to find herself caught in a deadly mind game.

This concludes the list of every horror movie and TV series coming to Netflix for Halloween in 2021. So, if you have watched them tell us in the comments and we will make a new list for you, and if you haven’t what are you waiting for.