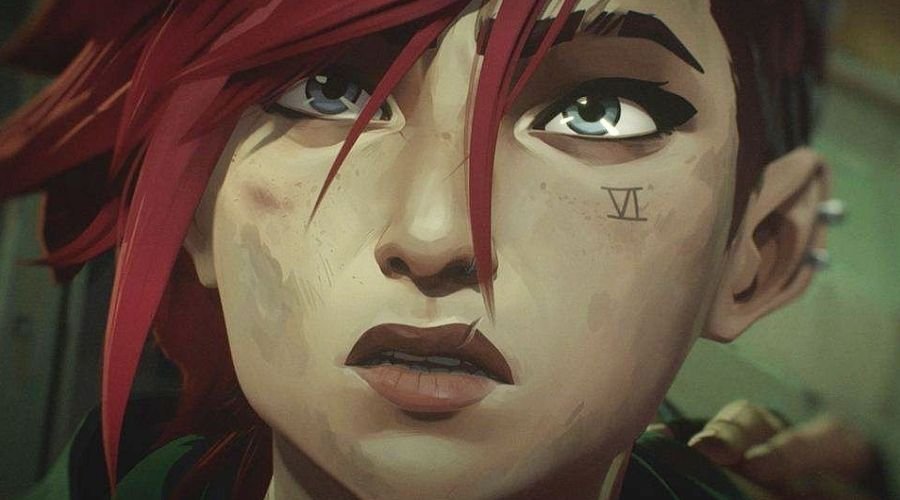 Netflix’s adaptation of the popular action-adventure fighting game League of Legends titled Arcane has become one of the most successful Netflix original series of all time. The animated series is set during a big conflict between the twin cities Piltover and Zaun, and in this fight between the two cities, two sisters fight on the opposite sides in the fighting arena for the League Champions. Arcane has been renewed for a second season, so until that comes out you should see these 10 animated movies if you love Arcane because they are awesome and some of them share the same animation style that the series has and the others movies have similar storylines.

Synopsis: Imagine you confront your enemy–a giant, scary robot from outer space–and he becomes your best pal. A young boy befriends a monster in the heartwarming animated feature The Iron Giant.October, 1957. Nine-year-old Hogarth Hughes (Eli Marienthal) lives in Rockwell, Maine, a seemingly idyllic town. Hearing stories of a UFO that crashed into the sea, Hogarth, always on the lookout for mutant aliens, finds a huge, metal-eating robot (Vin Diesel) with an insatiable curiosity and equally insatiable appetite. But the extraterrestrial’s presence unleashes a wave of Cold War paranoia that threatens to engulf Rockwell unless Hogarth and his 50-foot friend can stop it.Acclaimed animation director and writer Brad Bird brings his creative talents to the big screen in this unique tale of two heroes. In times like these, you really find out what your friends are made of … sometimes it’s metal, if your best buddy’s The Iron Giant.

The Ghost In The Shell

Synopsis: 2029: A female cybernetic government agent, Major Motoko Kusanagi, and the Internal Bureau of Investigations are hot on the trail of “The Puppet Master,” a mysterious and threatening computer virus capable of infiltrating human hosts. Together with her fellow agents from Section 9, Kusanagi embarks on a high-tech race against time to capture the omnipresent entity. Director Mamoru Oshii’s award-winning cyber-tech thriller, based on the comic book by Masamune Shirow, has established itself as one of the leading Japanese animation films of all time.

Synopsis: Sophie, an average teenage girl working in a hat shop, finds her life thrown into turmoil when she is literally swept off her feet by a handsome but mysterious wizard named Howl. After this chance meeting she is turned into a 90-year old woman by the vain and conniving Witch of the Waste. Embarking on an incredible adventure to lift the curse, she finds refuge in Howl’s magical moving castle where she becomes acquainted with Markl, Howl’s apprentice, and a hot-headed fire demon named Calcifer. As the true power of Howl’s wizardry is revealed, and his relationship with Sophie deepens, our young grey heroine finds herself fighting to protect them both from a dangerous war of sorcery that threatens their world.

Synopsis: In 1988, Tokyo is obliterated in a massive explosion. By 2019 the city is rebuilt, reborn as Neo-Tokyo. In the modernized city Shotaro Kaneda leads the Capsules against a rival bike gang. During the skirmish, though, his friend, Tetsuo Shima, becomes injured when he crashes his bike. The cause is a small being, a psychic powered Esper that escaped from a government laboratory. However, the Esper is quickly captured by soldiers while Tetsuo is hospitalized. Shortly after, government officials start to realize that Tetsuo has powers of his own at a frightening scale. In fact, they believe them to be similar to Akira, a young Esper that was responsible for Tokyo’s destruction in the 1980’s…

Spider-Man: Into The Spider-Verse

The Witcher: Nightmare Of The Wolf

Synopsis: The world of The Witcher expands in this anime origin story: Before Geralt, there was his mentor Vesemir — a swashbuckling young witcher who escaped a life of poverty to slay monsters for coin. But when a strange new monster begins terrorizing a politically-fraught kingdom, Vesemir finds himself on a frightening adventure that forces him to confront the demons of his past.

Synopsis: In a futuristic twist on Robert Louis Stevenson’s timeless tale, a secret map inspires a thrilling treasure hunt across the universe. Young Jim Hawkins and a hilarious cosmic crew, headed by the daring Captain Amelia, set off in search of their destiny. Aboard a glittering space galleon, Jim meets the ship’s cyborg cook, John Silver, who teaches him the value of friendship and the power of dreams. Jim soon teams up with his crazy new robot pal, B.E.N., and the shape-shifting Morph to discover a treasure greater than he ever imagined

Synopsis: From visionary filmmakers Tim Burton (The Nightmare Before Christmas) and Timur Bekmambetov (Wanted) and Academy Award-nominated director Shane Acker comes this visually stunning and original epic adventure. In the final days of humanity, a dedicated scientist gives the spark of life to nine of his creations. The world has turned into an unrecognizable landscape of machines and spare parts, but this group of nine finds that if they band together, their small community might just be able to change the course of history. Featuring the voice talents of Elijah Wood, John C. Reilly, Jennifer Connelly and Crispin Glover, it’s a thrilling, suspenseful story critics call “richly imaginative.” (Peter Travers, Rolling Stone).

Synopsis: The world’s most highly qualified crew of archaeologists and explorers are led by historian Milo Thatch as they board the incredible 1,000-foot submarine Ulysses and head deep into the mysteries of the sea. The underwater expedition takes an unexpected turn when the team’s mission must switch from exploring Atlantis to protecting it. Filled with stunning visual effects, this captivating story is loaded with laughs and messages of friendship and teamwork.

Synopsis: It’s the year 3028 and the Drej, a vicious alien race, have destroyed Earth. Fifteen years later, a young man named Cale (voiced by Matt Damon) learns that he possesses a genetically encoded map to the Titan, a spaceship that holds the secret to the salvation of the human race. With the Drej in hot pursuit, Cale blasts off with the new crew of the Valkyrie in an attempt to…