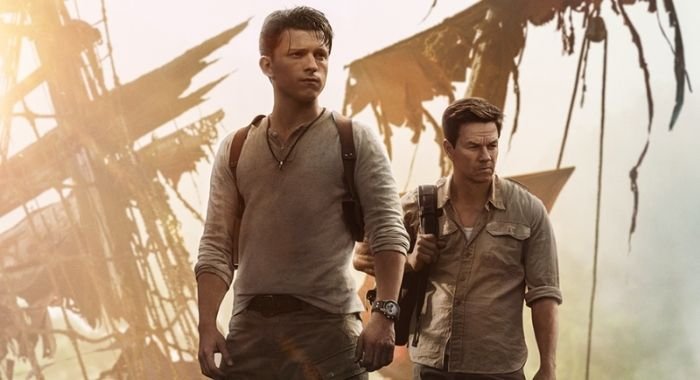 After seven global hit games, Uncharted the action-adventure video game is now stepping into Hollywood with a movie of the same name starring Tom Holland, who is just coming off a billion-dollar success from Spider-Man: No Way Home and Mark Wahlberg. The film follows a younger Nathan Drake (Holland) and Vitor “Sully” Sullivan (Wahlberg) as they go off on an adventure together to find a long-lost treasure. The film was released yesterday in theaters and after you have watched the movie, you might wanna see more action-adventure films and that’s where we have got you covered. So, let’s take a look at the 10 best movies like ‘Uncharted’ you can watch for more action-adventure.

Synopsis: Matthew McConaughey and Kate Hudson go for the gold (and the diamonds, emeralds and rubies) as a just-divorced couple who bicker and banter their way through an adventure- and laugh-packed undersea treasure hunt. McConaughey is Finn, in love with his ex (Hudson) and in deep with gangster Bigg Bunny. After eight years of searching, Finn gets a clue to the whereabouts of the Queen’s Dowry, a fabulous fortune that mysteriously disappeared in the Caribbean in 1715. Now all he has to do is get the gold, get the girl and get going before Bigg Bunny gets him. Directed by Andy Tennant (Hitch), Fool’s Gold glitters with danger, action, romance, comedy, great one-liners — and a great time to be had by all!

Synopsis: Master explorer Dirk Pitt goes on the adventure of a lifetime of seeking out a lost Civil War battleship known as the “Ship of Death” in the deserts of West Africa while helping a WHO doctor being hounded by a ruthless dictator.

Synopsis: Ever since he was a boy, Gates has been obsessed with finding the legendary Knights Templar Treasure, the greatest fortune known to man. As Gates tries to find and decipher ancient riddles that will lead him to it, he’s dogged by a ruthless enemy who wants the riches for himself. Now in a race against time, Gates must steal one of America’s most sacred and guarded documents – the Declaration of Independence – or let it, and a key clue to the mystery, fall into dangerous hands.

Synopsis: Young vacationers, expecting to have a memorable time diving, find themselves in deep trouble with a druglord when they come upon the illicit cargo of a sunken airplane. Paul Walker and Jessica Alba lead the cast in this underwater trhiller packed with action and surprises.

Synopsis: They’ve eluded heat-seeking missiles, gone eyeball-to-eyeball with enraged 5,000-pound hippos, hacked through a jungle curtain. Still, the expedition continues. Amy, a gorilla who was part of a university learning experiment, is at last returning home. A professor (Dylan Walsh), electronics expert (Laura Linney), guide (Ernie Hudson), explorer (Tim Curry) and others follow the scampering ape. They know she will lead them to the place that’s more than her home – it’s the site of the fabled Lost City of Zinj and its diamond mines. But what they don’t know can be fatal. Once they enter Zinj, they’ll be the endangered species! From the best seller by Michael Crichton (Jurassic Park) comes an even-packed adventure filled with state-of-the-art technology and primal fear.

Synopsis: Lara Croft (Alicia Vikander) is the independent daughter of an eccentric adventurer who mysteriously vanished when she was a teen. Determined to forge her own path, she refuses to take the reins of her father’s global empire just as she rejects the idea that he’s truly gone. Against her father’s final wishes, Lara leaves everything she knows behind in search of her dad’s last-known destination: a fabled tomb on a mythical island. Her mission will not be easy; just reaching the island will be extremely treacherous. Against all odds and armed with only her sharp mind, blind faith and inherently stubborn spirit, she must learn to push herself beyond her limits as she journeys into the unknown. If she survives this perilous adventure, she could earn the name Tomb Raider.

Raiders of the Lost Ark

Synopsis: Synopsis: Indiana Jones (Harrison Ford) is no ordinary archeologist. When we first see him, he is somewhere in the Peruvian jungle in 1936, running a booby-trapped gauntlet (complete with an over-sized rolling boulder) to fetch a solid-gold idol. He loses this artifact to his chief rival, a French archeologist named Belloq (Paul Freeman), who then prepares to kill our hero. In the first of many serial-like escapes, Indy eludes Belloq by hopping into a convenient plane. So, then: is Indiana Jones afraid of anything? Yes, snakes. The next time we see Jones, he’s a soft-spoken, bespectacled professor. He is then summoned from his ivy-covered environs by Marcus Brody (Denholm Elliott) to find the long-lost Ark of the Covenant. The Nazis, it seems, are already searching for the Ark, which the mystical-minded Hitler hopes to use to make his stormtroopers invincible. But to find the Ark, Indy must first secure a medallion kept under the protection of Indy’s old friend Abner Ravenwood, whose daughter, Marion (Karen Allen), evidently has a “history” with Jones. Whatever their personal differences, Indy and Marion become partners in one action-packed adventure after another, ranging from wandering the snake pits of the Well of Souls to surviving the pyrotechnic unearthing of the sacred Ark.

Synopsis: George Clooney, Mark Wahlberg and Ice Cube star in Three Kings, the story of a small band of American soldiers in Iraq at the end of the Gulf War who seek adventure and fortune in attempting to steal a huge cache of gold hidden somewhere in the desert. Along the way, they are confronted by heroic challenges and newfound discoveries that take them to places they could never have imagined.

Synopsis: Michael Douglas and Kathleen Turner star alongside Danny DeVito in this high-flying romance adventure. After her sister is kidnapped by thugs amidst their search for a priceless gem in the Colombian jungle, a romance novelist (Turner) realizes that her own life is in danger! And when she sets out to rescue her sister, she meets a handsome fortune seeker (Douglas), who more than sidetracks her! 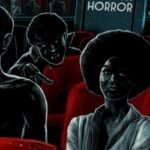 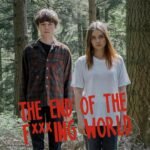