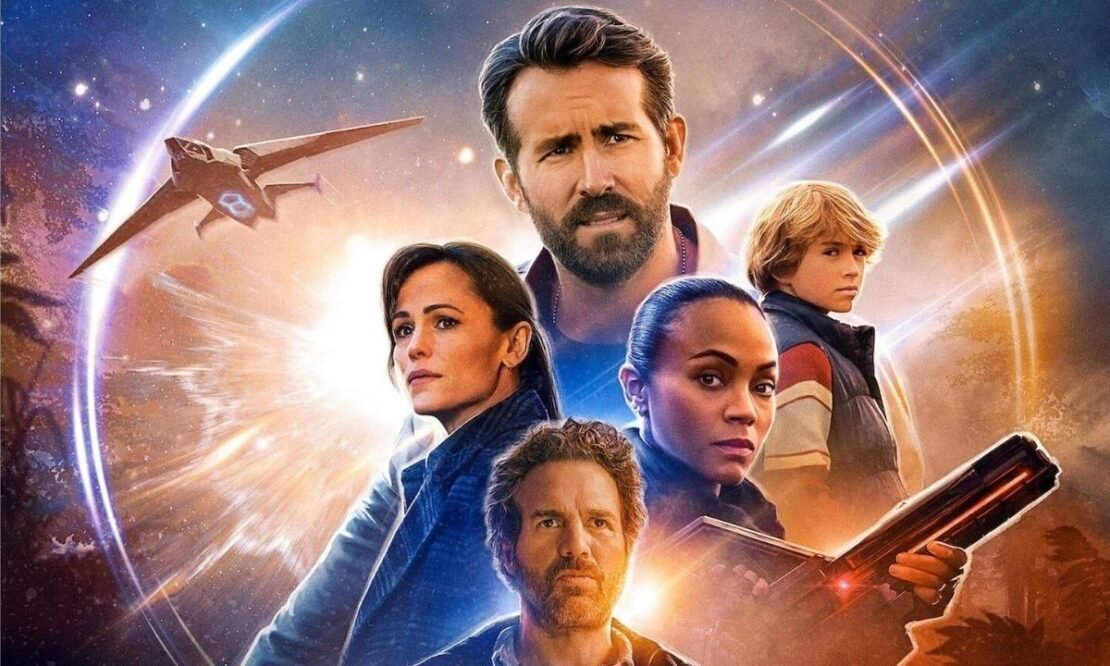 Time Travel is a plot device that’s almost never boring and it’s always fun to watch the characters either going to revisit their past or see them going into an unknown future. Any content created around the concept of time travel always allows us to think about what our future could be or what would have happened if I changed a particular moment in my past.

The new Ryan Reynolds film The Adam Project does something similar, in the film Reynolds’ character Adam Reed goes back in time to find his father (played by Mark Ruffalo) in order to thwart a villain but accidentally lands in a different year than he intended where he meets his younger self (played Walker Scobell) and both of them join hands and carry on their mission. The Adam Project is a fun family film and even though it, is not one of the best time travel movies out there but is still really enjoyable.

So, we made a list of the 10 best time travel films you should watch if you liked The Adam Project.

Synopsis: Ted “Theodore” Logan (Keanu Reeves) and Bill S. Preston, Esquire (Alex Winter), are in danger of flunking school most heinously if they fail their history exam, and if they do they’ll have to break up their totally bodacious band, WYLD STALLYNS. No way! They meet Rufus (George Carlin) – an awesome dude in a phone booth that can travel through time, who informs them that the fate of the excellent future he comes from is in their hands and in the songs they will write together, so brace yourself amigos for a most unusual day! Bill & Ted crash from Ancient Greece to the Wild West to 19th Century Europe and the distant future, meeting famous figures and medieval babes along the way. The boys bag a bevy of historical heavyweights from each stop to take back for their presentation, but will they make it back in time to save not only their grades, but the fate of the world? History’s about to be rewritten by two guys who can’t even spell.

Synopsis: High school best friends and science prodigies C.J. and Sebastian spend every spare minute working on their latest homemade invention: backpacks that enable time travel. But when C.J.’s older brother Calvin dies after an encounter with police officers, the young duo decide to put their unfinished tech to use in a desperate bid to save Calvin. From director Stefon Bristol and producer Spike Lee comes See You Yesterday, a sci-fi adventure grounded in familial love, cultural divides and the universal urge to change the wrongs of the past.

Synopsis: This is a romantic comedy set in Paris about a family that goes there because of business, and two young people who are engaged to be married in the fall have experiences there that change their lives. It’s about a young man’s great love for a city, Paris, and the illusion people have that a life different from theirs would be much better.

Synopsis: When an unusual classified ad inspires three cynical Seattle magazine employees to look for the story behind it, they discover a mysterious eccentric named Kenneth, a likable but paranoid supermarket clerk, who believes he’s solved the riddle of time travel and intends to depart again soon. Together they embark on a hilarious, smart, and unexpectedly heartfelt journey that reveals how far believing can take you.

Synopsis: Hot Tub Time Machine follows a group of best friends whove become bored with their adult lives: Adam (John Cusack) has been dumped by his girlfriend; Lou (Rob Corddry) is a party guy who cant find the party; Nick’s (Craig Robinson) wife controls his every move; and video game-obsessed Jacob (Clark Duke) wont leave his basement. After a crazy night of drinking in a ski resort hot tub, the men wake up, heads pounding, in the year 1986. This is their chance to kick some past and change their futures one will find a new love life, one will learn to stand up for himself with the ladies, one will find his mojo, and one will make sure he still exists!

Synopsis: From the Academy Award-winning filmmakers Steven Spielberg and Robert Zemeckis comes Back to the Future – the original, groundbreaking adventure that sparked one of the most successful trilogies ever! When teenager Marty McFly (Michael J. Fox) is blasted to 1955 in the DeLorean time machine created by the eccentric Doc Brown (Christopher Lloyd), he finds himself mixed up in a time-shattering chain reaction that could vaporize his future – and leave him trapped in the past. Powered by innovative special effects, unforgettable songs and non-stop action, Back to the Future is an unrivaled adventure that stands the test of time.