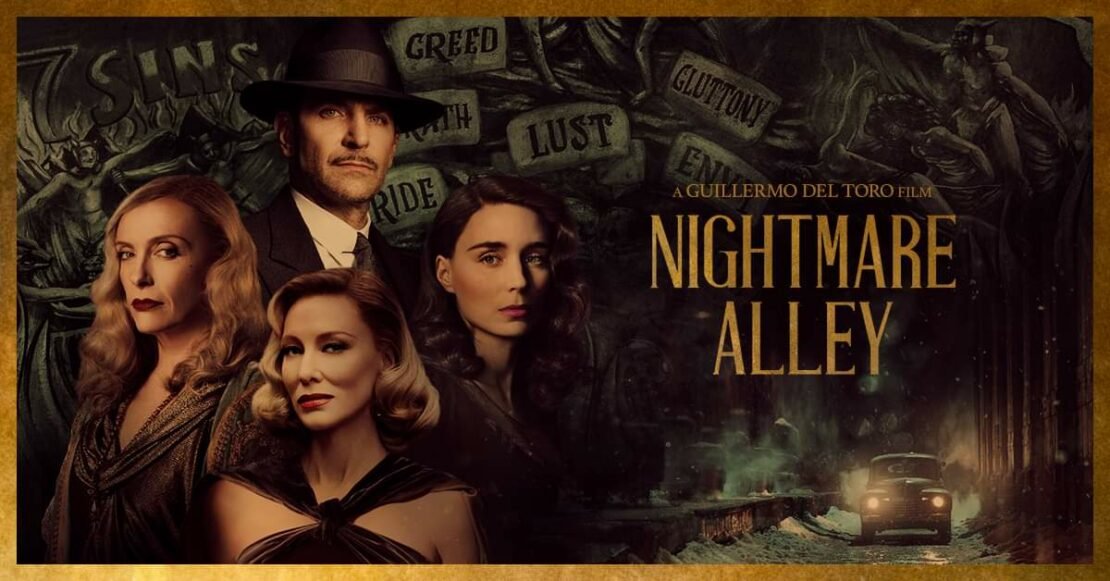 Guillermo del Toro is one of the best and most inventive directors working in the film industry right now. The Mexican filmmaker first became known for movies like Mimic and Pan’s Labyrinth, and then he directed Best Picture and Best Director winner, The Shape of Water. The director has been surely affected by his love for cinema and that clearly shows in all his films but it’s specifically apparent in Nightmare Alley. The film is a mixture of supernatural, horror, thriller, and noir and if you liked the film you should watch these 7 movies.

Synopsis: Inspired by the Most Notorious Unsolved Murder in California History. From the acclaimed director of Scarface and the author of LA Confidential comes the spellbinding thriller The Black Dahlia. Two ambitious cops, Lee Blanchard (Aaron Eckhart) and Bucky Bleichert (Josh Hartnett), investigate the shocking murder of an aspiring young starlet. With a corpse so mutilated that photos are kept from the public, the case becomes an obsession for the men, and their lives begin to unravel. Blanchard’s relationship with his girlfriend Kay (Scarlett Johansson) deteriorates, while Bleichert finds himself drawn to the enigmatic Madeleine (Hilary Swank), a wealthy woman with a dark and twisted connection to the victim.

Synopsis: Frankie (Gary Busey) and Patch (Robbie Robertson) have a system. Frankie wears clown makeup and sits in the dunk-tank cage, howling insults at midway passersby. Patch is out front collecting dollars from marks eager to make Frankie and his big mouth take a dive. It’s a good town-to-town living for the two pals. Then Donna (Jodie Foster) came along. A charismatic star trio energizes this grit-and-glitter slice of carnival life that’s as atmospheric as a stroll down midway USA. Indeed, music man Robertson, who co-produced and penned the story on which the screenplay was based, once worked as a carny. He and his collaborators ensure that time spent with the impressive sights and unique personalities of this traveling show will be downright unforgettable.

Synopsis: Award-winning actors Hugh Jackman, Christian Bale, Michael Caine and Scarlett Johansson star in The Prestige, the twisting, turning story that, like all great magic tricks, stays with you. Two young, passionate magicians, Robert Angier (Jackman), a charismatic showman, and Alfred Borden (Bale), a gifted illusionist, are friends and partners until one fateful night when their biggest trick goes terribly wrong. Now the bitterest of enemies, they will stop at nothing to learn each other’s secrets. As their rivalry escalates into a total obsession full of deceit and sabotage, they risk everything to become the greatest magician of all time. But nothing is as it seems, so watch closely.

Synopsis: Welcome to Sin City. This town beckons to the tough, the corrupt, the brokenhearted. Some call it dark… Hard-boiled. Then there are those who call it home — Crooked cops, sexy dames, desperate vigilantes. Some are seeking revenge, others lust after redemption, and then there are those hoping for a little of both. A universe of unlikely and reluctant heroes still trying to do the right thing in a city that refuses to care.

Synopsis: In this classic film noir, insurance salesman Walter Neff (Fred MacMurray) gets roped into a murderous scheme when he falls for the sensual Phyllis Dietrichson (Barbara Stanwyck), who is intent on killing her husband (Tom Powers) and living off the fraudulent accidental death claim. Prompted by the late Mr. Dietrichson’s daughter, Lola (Jean Heather), insurance investigator Barton Keyes (Edward G. Robinson) looks into the case, and gradually begins to uncover the sinister truth.