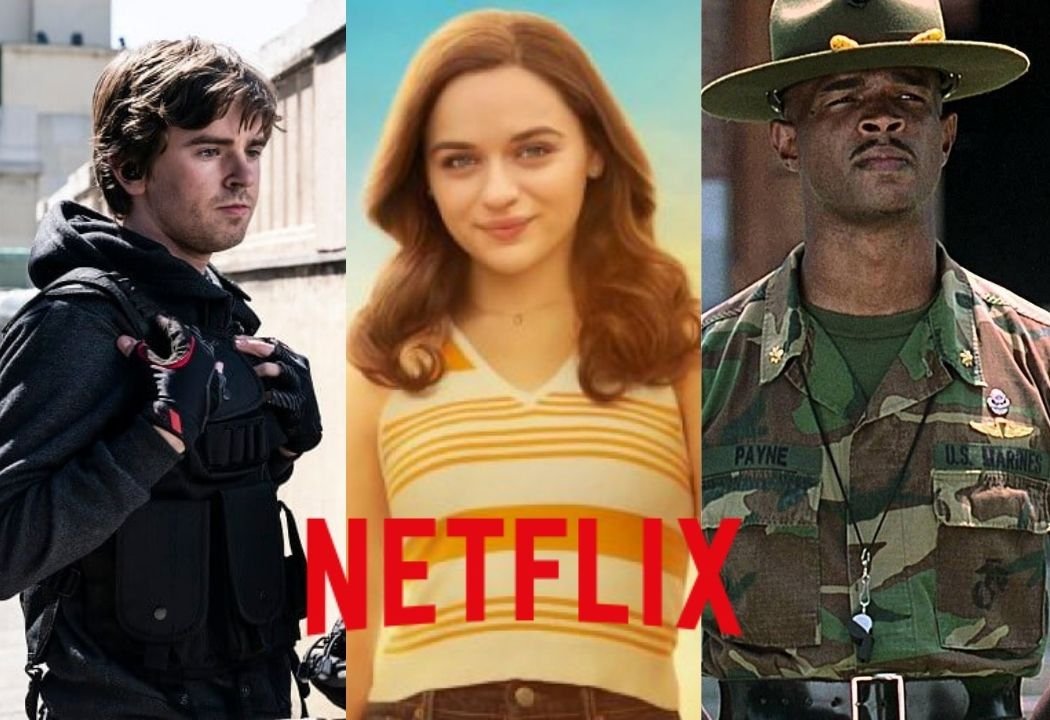 The movies on this list are not ranked because we think that they all deserve some of your time except The Kissing Booth 3 (because I haven’t seen it yet). So here are the 10 most popular movies on Netflix right now.

Synopsis: A pretty, teenage girl, who has never been kissed, finds her life turned totally upside down when she decides to run a kissing booth and unexpectedly ends up locking lips with her secret crush.

Synopsis: Computer programmer Angela Bennett (Sandra Bullock) starts a new freelance gig and, strangely, all her colleagues start dying. Does it have something to do with the mysterious disc she was given? Her suspicions are raise when, during a trip to Mexico, she’s seduced by a handsome stranger (Jeremy Northam) Intent on locating the same disc. Soon Angela is tangled up in a far-reaching conspiracy that leads to her identity being erased. Can she stop the same thing from happening to her life?

Synopsis: Reeling from a broken heart and career meltdown, a singer takes a gig at a swanky island resort — where her ex-fiancé happens to be getting married.

Synopsis: An elite U.S. Special Forces unit sent into the Bolivian jungle on a search and destroy mission find themselves the target of a lethal betrayal and make plans to even the score.

Synopsis: As teenagers, kung fu disciples Danny (Alain Uy), Hing (Ron Yuan) and Jim (Mykel Shannon Jenkins) were inseparable. Fast forward 25 years, and each has grown into a washed-up middle-aged man seemingly one kick away from pulling a hamstring—and not at all preoccupied with thoughts of martial arts or childhood best friends. But when their old master is murdered, the trio reunites, soon learning that avenging their sifu will require conquering old grudges (and a dangerous hitman still armed with ample knee cartilage) if they are to honorably defend his legacy.

Synopsis: Desperate to save their marriage, a young couple takes a deal and moves into their dream home, but disturbing events reveal the house’s troubled history.

Synopsis: Freddie Highmore (“The Good Doctor”) and Famke Janssen (X-Men) star in this globe-trotting, action-packed thriller following a high-risk heist. When an engineer (Highmore) learns of a mysterious, impenetrable fortress hidden under The Bank of Spain, he joins a crew of master thieves who plan to steal the legendary lost treasure locked inside while the whole country is distracted by Spain’s World Cup Final. With thousands of soccer fans cheering in the streets, and security forces closing in, the crew have just minutes to pull off the score of a lifetime. Also starring Astrid Berges-Frisbey (Pirates of the Caribbean: On Stranger Tides) and Liam Cunningham (Game of Thrones).

Synopsis: Damon Wayans stars in this hilarious escapade Major Payne. When peace breaks out in America, killing machine Major Benson Winifred Payne, United States Marine Corps Special Forces (Wayans), is given his marching orders… to the unemployment line. Unable to cope with civilian life, Payne is thrust back into the military regimen as commander of the Madison Academy Junior ROTC. How does the military’s most dangerous secret weapon discipline a few good men when none of them is even old enough to shave? Any way he wants! At least until Dr. Emily Walburn, school counselor (Karen Parsons), joins his tour of duty. Armed with the comic genius of Damon Wayans and stockpiled with humor, “Major Payne orders up the laughs.” (Los Angeles Times)

Synopsis: It’s the summer before Elle heads to college, and she’s facing the hardest decision of her life: whether to move across the country with her dreamy boyfriend Noah or fulfill her lifelong promise to go to college with her BFF Lee. Whose heart will Elle break as The Kissing Booth trilogy comes to an end?

This concludes the list of the top 10 most popular movies on Netflix right now. So, if you have watched them tell us in the comments and we will make a new list for you, and if you haven’t what are you waiting for.