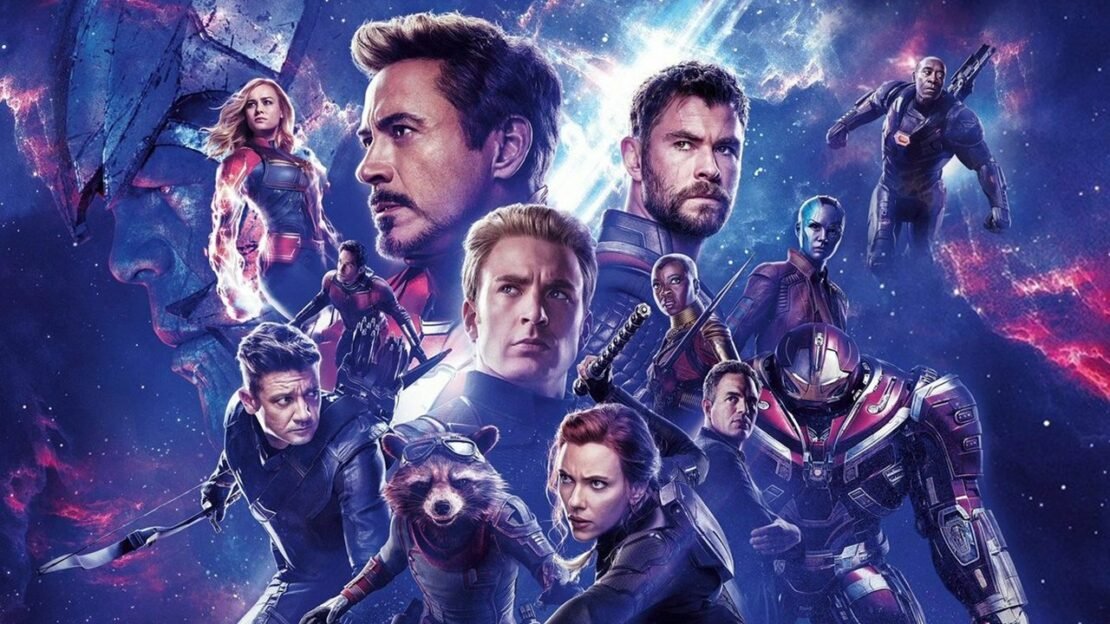 Superhero movies are really expensive to make with their budget expanding more and more each year because of their cinematic universe expanding with every new character and every new movie or series. While there are many movies that are not based on comic books that cost a lot of money to make but nowadays most of the movies that come out with this kind of a budget are superhero movies, but still, make so much profit because people have become loyal fans of these universes. So, here are the 10 most expensive superhero movies, we have ranked them according to their budget. The budget of these movies is according to Box Office Mojo.

Synopsis: Marvel Studios presents in association with Paramount Pictures “Marvel’s The Avengers”–the super hero team up of a lifetime, featuring iconic Marvel super heroes Iron Man, the Incredible Hulk, Thor, Captain America, Hawkeye and Black Widow. When an unexpected enemy emerges that threatens global safety and security, Nick Fury, Director of the international peacekeeping agency known as S.H.I.E.L.D., finds himself in need of a team to pull the world back from the brink of disaster. Spanning the globe, a daring recruitment effort begins.

Synopsis: From Marvel, the studio that brought you the global blockbuster franchises of Iron Man, Thor, Captain America and The Avengers, comes a new team—the Guardians of the Galaxy. An action-packed, epic space adventure, Marvel’s “Guardians of the Galaxy” expands the Marvel Cinematic Universe into the cosmos, where brash adventurer Peter Quill finds himself the object of an unrelenting bounty hunt after stealing a mysterious orb coveted by Ronan, a powerful villain with ambitions that threaten the entire universe. To evade the ever-persistent Ronan, Quill is forced into an uneasy truce with a quartet of disparate misfits—Rocket, a gun-toting raccoon, Groot, a tree-like humanoid, the deadly and enigmatic Gamora and the revenge-driven Drax the Destroyer. But when Quill discovers the true power of the orb and the menace it poses to the cosmos, he must do his best to rally his ragtag rivals for a last, desperate stand—with the galaxy’s fate in the balance.

Synopsis: Christopher Nolan returns to completed the Gotham trilogy that launched with Batman Begins and reached the stratosphere with the billion-dollar blockbuster The Dark Knight. Inception’s Marion Cotillard and Joseph Gordon-Levitt join the cast regulars along with Anne Hathaway as Selina Kyle (aka Catwoman) and Tom Hardy as the powerful villain Bane. Christian Bale prowls the night as the Caped Crusader, fighting crime and corruption with the help of Michael Caine, Morgan Freeman and Gary Oldman.

Synopsis: The most explosive clash to ever rock the Marvel Cinematic Universe ignites a firestorm of conflict in the game-changing epic, CAPTAIN AMERICA: CIVIL WAR. In the wake of collateral damage, government pressure to rein in the Avengers drives a deep wedge between Captain America (Chris Evans) and Iron Man (Robert Downey Jr.), causing a catastrophic rift that turns the two friends into bitter enemies. Against a backdrop of divided loyalties, their fellow Avengers must deal with the fallout. Pick a side in this spectacular adventure, packed with mind-blowing action and suspense.

Synopsis: From Warner Bros. Pictures and Legendary Pictures comes “Man of Steel,”TM starring Henry Cavill in the role of Clark Kent/Kal-El under the direction of Zack Snyder. A young boy learns that he has extraordinary powers and is not of this Earth. As a young man, he journeys to discover where he came from and what he was sent here to do. But the hero in him must emerge if he is to save the world from annihilation and become the symbol of hope for all mankind. The film also stars four-time Oscar® nominee Amy Adams (“The Master”), Oscar® nominee Michael Shannon (“Revolutionary Road”), Academy Award® winner Kevin Costner (“Dances with Wolves”), Oscar® nominee Diane Lane (“Unfaithful”), Oscar® nominee Laurence Fishburne (“What’s Love Got to Do with It”), Antje Traue, Ayelet Zurer, Christopher Meloni, and Academy Award® winner Russell Crowe (“Gladiator”).

Synopsis: From Warner Bros. Pictures comes the first-ever big screen epic action adventure “Justice League,” directed by Zack Snyder and starring as the famed lineup of DC Super Heroes: Ben Affleck as Batman, Henry Cavill as Superman, Gal Gadot as Wonder Woman, Raymond Fisher as Cyborg, Jason Momoa as Aquaman, and Ezra Miller as The Flash. Fueled by his restored faith in humanity and inspired by Superman’s selfless act, Bruce Wayne enlists the help of his newfound ally, Diana Prince, to face an even greater enemy. Together, Batman and Wonder Woman work quickly to find and recruit a team of metahumans to stand against this newly awakened threat. But despite the formation of this unprecedented league of heroes—Batman, Wonder Woman, Aquaman, Cyborg and The Flash—it may already be too late to save the planet from an assault of catastrophic proportions. The “Justice League” screenplay is by Chris Terrio and Joss Whedon, story by Chris Terrio & Zack Snyder, based on characters from DC, Superman created by Jerry Siegel and Joe Shuster. The film’s producers are Charles Roven, Deborah Snyder, Jon Berg and Geoff Johns, with executive producers Jim Rowe, Wesley Coller, Curtis Kanemoto, Chris Terrio and Ben Affleck.

Synopsis: An unprecedented cinematic journey ten years in the making and spanning the entire Marvel Cinematic Universe, Marvel Studios’ ‘Avengers: Infinity War’ brings to the screen the ultimate, deadliest showdown of all time. As the Avengers and their allies have continued to protect the world from threats too large for any one hero to handle, a new danger has emerged from the cosmic shadows: Thanos. A despot of intergalactic infamy, his goal is to collect all six Infinity Stones, artifacts of unimaginable power, and use them to inflict his twisted will on all of reality. Everything the Avengers have fought for has led up to this moment – the fate of Earth and existence itself has never been more uncertain.

Synopsis: The fourth installment of the Avengers series is the once-in-a-lifetime culmination of 22 interconnected films and the climax of an epic journey. Earth’s heroes will finally understand how fragile our reality really is — and the sacrifices that must be made to uphold it — in a story of friendship, teamwork and setting aside differences to overcome an impossible obstacle. Peter Travers of Rolling Stone says, “Prepare to be wowed!”

Synopsis: Marvel Studios presents “Avengers: Age of Ultron,” the epic follow-up to the biggest Super Hero movie of all time. When Tony Stark tries to jumpstart a dormant peacekeeping program, things go awry and Earth’s Mightiest Heroes, including Iron Man, Captain America, Thor, The Incredible Hulk, Black Widow and Hawkeye, are put to the ultimate test as the fate of the planet hangs in the balance. As the villainous Ultron emerges, it is up to the Avengers to stop him from enacting his terrible plans, and soon uneasy alliances and unexpected action pave the way for an epic and unique global adventure.