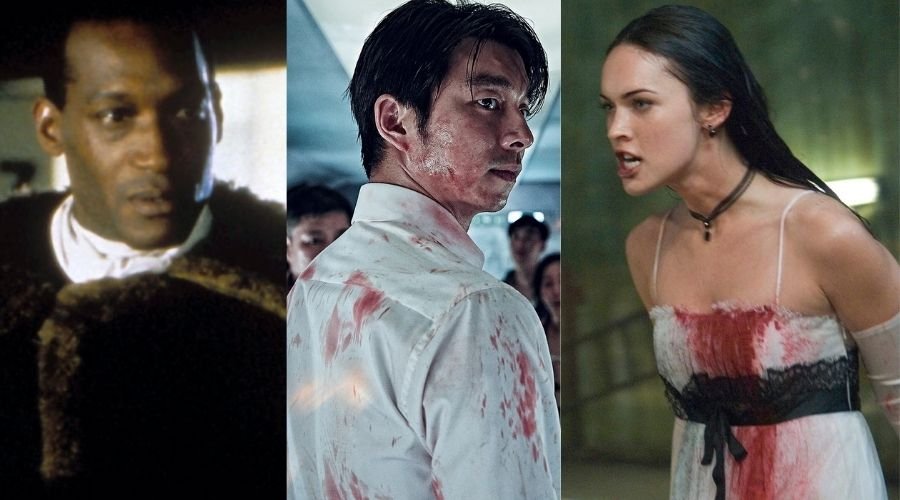 Halloween is upon us and it’s time to watch something spooky. Horror is the best genre for this season as it has the most awesome horror-based holiday. So, cut out the pumpkin, get some candy, and see these 5 horror films on Tubi on Halloween for free.

Synopsis: Student Helen Lyle (Virginia Madsen) learns of the terrifying local legend of The Candyman – a hooked serial killer who appears when you say his name in a mirror, five times. Her investigations of The Candyman legend lead her to his fabled haunts. But, when she ignores locals’ warnings, a series of gruesome murders begins. Could the legend really be true?

Synopsis: THE TEXAS CHAINSAW MASSACRE not only changed the face of horror in 1974 but still remains one of the most shocking, powerful and terrifying films ever made. Widely banned on its release it’s notoriety has not diminished and this harrowing tale of a depraved Texan clan, and its chainsaw wielding icon of horror, Leatherface, continues to stun and disturb audiences like no other film. This new director supervised restoration brings new life and detail to the film and immerses the viewer as never before.

Synopsis: When small town high school student Jennifer (Megan Fox) is possessed by a hungry demon, she transitions from being high school evil gorgeous (and doesnt she know it), stuck up and ultra-attitudinal to the real deal: evil/evil. The glittering beauty becomes a pale and sickly creature jonesing for a meaty snack, and guys who never stood a chance with the heartless babe, take on new luster in the light of her insatiable appetite. Meanwhile, Jennifers best friend, Needy (Amanda Seyfried), long relegated to living in Jennifers shadow, must step-up to protect the town’s young men, including her nerdy boyfriend Chip (Johnny Simmons).

Synopsis: Police Lt. Kinderman notices similarities between his current murder investigation and the methods used by the “Gemini” killer who was executed 15 years before. He soon discovers a hospitalized mental patient claiming to be the dead serial killer, but who looks uncannily like a priest Kinderman knew. As more bodies are found, Kinderman looks for connections between the two supposedly dead men.

Synopsis: When a mysterious virus breaks out across the country, the infected turn into the murderous undead. A few terrified travelers find themselves trapped on a bullet train from hell, fighting for their lives as hordes of the living dead crash towards them, crawling closer with every stop. Suspicion is rife and tensions run high as some will do anything to survive and make it to the safe zone.

This concludes the list of the best 5 horror movies on Tubi you can watch for free right now. So, if you have watched them tell us in the comments and we will make a new list for you, and if you haven’t what are you waiting for.