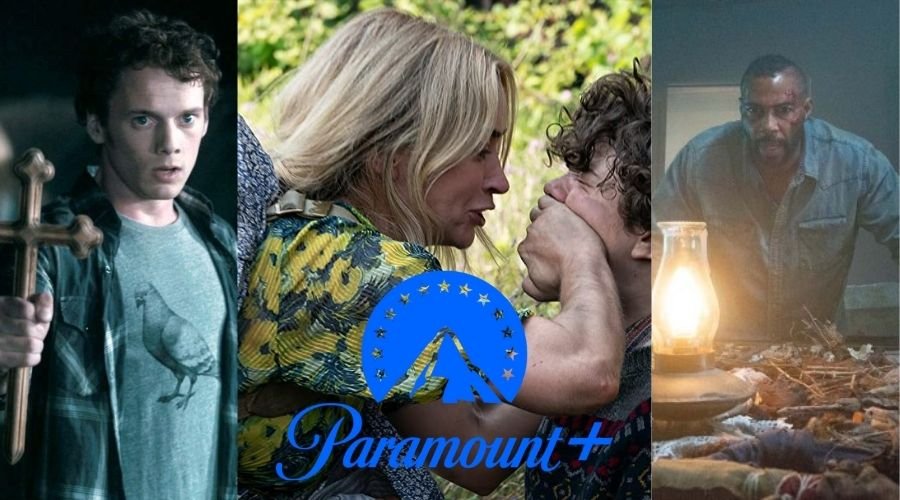 Halloween is upon and it’s time to watch something spooky. Horror is the best genre for this season as it has the most awesome horror-based holiday. So, cut out the pumpkin, get some candy, and see these 9 horror films on Paramount+ on Halloween.

Synopsis: When his child is stillborn, an American diplomat (Academy Award® Winner Gregory Peck*) is convinced to exchange the dead baby for a living one, in order to spare his wife’s feelings. But as the child grows, a series of gruesome “accidental” murders begins to occur, and the horrifying identity of the child becomes clear in this timeless, bone-chilling thriller set to Jerry Goldsmith’s Oscar®-Winning Original Score.

Synopsis: The Ring is the critically acclaimed, smash hit thriller David Ansen of Newsweek says “raises some serious goosebumps!” This cinematic thrill ride will keep you on the edge of your seat from the stunning opening to the astonishing conclusion! It begins as just another urban legend – the whispered tale of a nightmarish videotape that causes anyone who watches it to die seven days later. But when four teenagers all meet with mysterious deaths exactly one week after watching just such a tape, investigative reporter Rachel Keller (Naomi Watts) tracks down the video…and watches it. Now, the legend is coming true, the clock is ticking and Rachel has just seven days to unravel the mystery of The Ring.

Halloween: The Curse of Michael Myers

Synopsis: The town of Haddonfield, Illinois, celebrates Halloween for the first time in five years, only to be joined in the festivities by maniacal mass murderer Michael Myers, with his nemesis, the inveterate psychiatrist Dr. Loomis, hot on his heels.

Synopsis: Following the deadly events at home, the Abbott family (Emily Blunt, Millicent Simmonds, Noah Jupe) must now face the terrors of the outside world as they continue their fight for survival in silence. Forced to venture into the unknown, they quickly realize that the creatures that hunt by sound are not the only threats that lurk beyond the sand path in this terrifyingly suspenseful thriller written and directed by John Krasinski.

Synopsis: While flying to his father’s funeral in rural Appalachia, an intense storm causes Marquis (Omari Hardwick) to lose control of the plane carrying him and his family. He awakens wounded, alone and trapped in Ms. Eloise’s (Loretta Devine) attic, who claims she can nurse him back to health with the Boogity, a Hoodoo figure she has made from his blood and skin. Unable to call for help, Marquis desperately tries to outwit and break free from her dark magic and save his family from a sinister ritual before the rise of the blood moon.

Cry of the Banshee

Synopsis: In Elizabethan England, a wicked lord massacres nearly all the members of a coven of witches, earning the enmity of their leader, Oona. Oona calls up a magical servant, a “banshee”, to destroy the lord’s family.

Invasion of the Body Snatchers

Synopsis: Classic science fiction thriller about a small California town being infiltrated by pods from outer space that replicate and replace humans. Based on Jack Finney’s novel, “The Body Snatchers.”

Synopsis: Meet the sexy new neighbor, Jerry Dandridge (Colin Farrell). He’s dangerously charming – and utterly lethal. That’s because he just happens to be a vampire, and out for blood…buckets of it. After high school senior Charley Brewster (Anton Yelchin) makes the connection between Jerry’s suspicious activity and a steadily rising body count, he vows to end the reign of terror next door. But he can’t do it alone. His only hope is Las Vegas magician/vampire-slayer Peter Vincent (David Tennant). Together, this unlikely duo set out to end Jerry’s evil rampage. But Jerry is a ruthless, relentless killer, and he’s not going down without a fight. Get set to sink your teeth into this thrilling re-vamp of the terrifying horror classic. Featuring a star-studded cast and crawling with bonus, Fright Night will captivate you from the very first bite!

This concludes the list of the best 9 horror movies on Paramount+ to watch on Halloween. So, if you have watched them tell us in the comments and we will make a new list for you, and if you haven’t what are you waiting for.