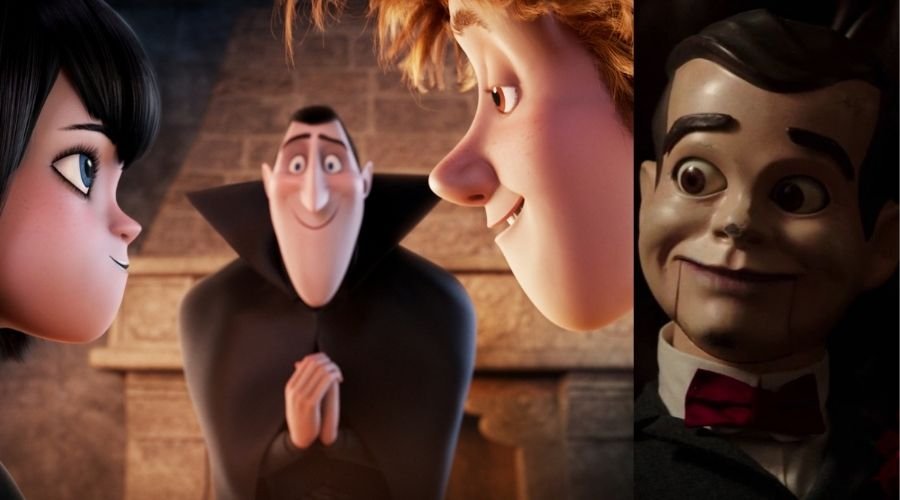 Horror comedy is a brilliant genre with great film to its name, films like Zombieland, Happy Death Day, and Shaun of the Dead. But you can’t watch these films with your family as they are not suitable for children because of the graphic violence and nudity in these films. We have made a list of the horror comedy films that shows less gore and more comedy. So, here are the best 10 horror comedy movies for the whole family to watch on Halloween.

Synopsis: When a single mother and her two sons move to the sleepy seaside California town of Santa Carla, they discover much more than they anticipated in this visually stunning blend of hip humor, horror and rock ‘n’ roll about the most compelling group of contemporary vampires ever to put fang to vein.

Synopsis: The family’s future grows bleak when the no-good nanny marries Fester and has the kids shipped off to summer camp. But Wednesday still has a Thing or two up her sleeve…

Synopsis: Flatmates Viago (TaikaWaititi), Deacon (Jonny Brugh), and Vladislav (Jemaine Clement) are three vampires who are just trying to get by in modern society; from paying rent and sticking to the housework roster to trying to get invited in to nightclubs, they’re just like anyone else – except they’re immortal and must feast on human blood.

Synopsis: With its Christmas lights and dusting of snow, Kingston Falls is an idyllic small town–until the gremlins take over. A father returns from Chinatown with an unusual pet, a Mogwai–a gift for his son. The rules are simple: Keep your Mogwai away from water, bright lights and, most importantly, never–never–feed him after midnight. But the rules are inadvertently broken, and the consequences multiply at an alarming rate.

Synopsis: Upset about moving from a big city to a small town, teenager Zach Cooper (Dylan Minnette) finds a silver lining when he meets the beautiful girl, Hannah (Odeya Rush), living right next door. But every silver lining has a cloud, and Zach’s comes when he learns that Hannah has a mysterious dad who is revealed to be R. L. Stine (Jack Black), the author of the bestselling Goosebumps series. It turns out that there is a reason why Stine is so strange… he is a prisoner of his own imagination – the monsters that his books made famous are real, and Stine protects his readers by keeping them locked up in their books. When Zach unintentionally unleashes the monsters from their manuscripts and they begin to terrorize the town, it’s suddenly up to Stine, Zach, and Hannah to get all of them back in the books where they belong.

Synopsis: Anjelica Huston stars in this fantasy based on a Roald Dahl book about a little boy and his kindly grandmother thwarting a coven of witches who want to rid Britain of children by turning them into mice. Vacationing at a seaside hotel with his grandmother, a young boy discovers that a convention of witches is also staying there and finds out about the evil plans of their Grand High Witch (Huston). Jim Henson devised the creature effects in his last film.

This concludes the list of the best 10 horror comedy movies for the whole family you can watch right now. If you have watched them all tell us in the comments we will make a new list for you and if you haven’t, What are you waiting for?