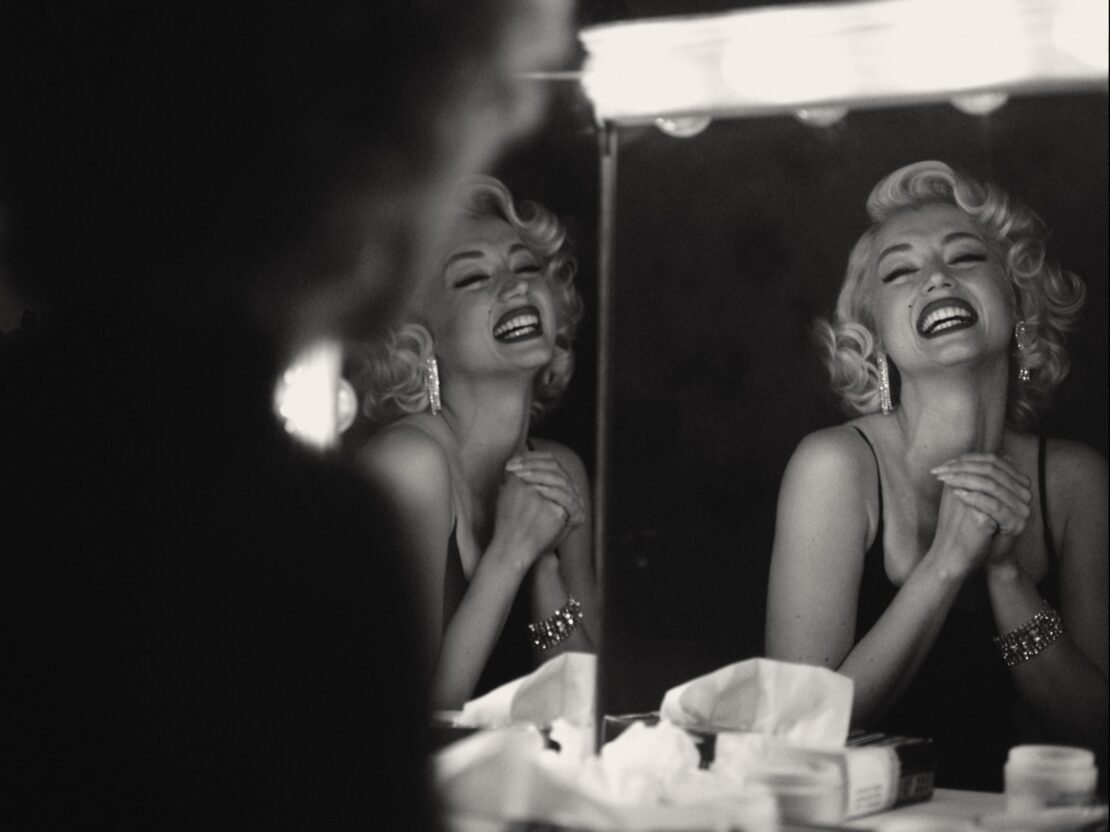 There are very few iconic figures in Hollywood as big as Marilyn Monroe and Ana De Armas‘ upcoming biopic on Monroe will show us the real Marilyn Monroe behind all the shining lights and cameras. The upcoming Netflix biopic Blonde starring Armas is not the only content about America’s biggest sex symbol as there have been countless movies and documentaries that try to decrypt the alluring and mysterious Marilyn Monroe.

Blonde will be directed by Andrew Dominik, who promises that the upcoming biopic will be the freshest take on the tragic rise and fall of Marilyn Monroe. While Blonde is a biopic, it in no way depicts the true story of Marilyn Monroe because it is a fictional reinterpretation of the iconic figure’s life and it is based on a novel of the same name by Joyce Carol Oates. So, if you also enjoy movies that bend the truth about history to deliver very entertaining films.

Once Upon a Time in Hollywood

Synopsis: Jack Malik was just another struggling songwriter…but that was yesterday. After a mysterious blackout, Jack (Himesh Patel) discovers he is the only person on earth who remembers The Beatles! As he rockets to fame by passing off the Fab Four’s songs as his own, Jack risks losing Ellie (Lily James) – the one person who has loved him and believed in him from the start. Before the door to his old life closes forever, Jack must decide if all he needs is love, after all. Kate McKinnon and Ed Sheeran also star in this romantic rock ‘n’ roll comedy from Academy Award®-winning director Danny Boyle and Academy Award®-nominated screenwriter Richard Curtis.

Synopsis: From visionary filmmakers Tim Burton and Timur Bekmambetov (director of Wanted) comes this edgy thriller about the untold story that shaped our nation. Abraham Lincoln, history’s greatest hunter of the undead, must risk the presidency, his family and his life to protect America from bloodthirsty vampires. Thrust into an epic fight against the ruthless killers, Lincoln must rely on those around him. But it’s unclear who he can trust in this visceral, violent and wild ride?

Synopsis: In the first year of the German occupation of France, Shosanna Dreyfus (Melanie Laurent) witnesses the execution of her family at the hand of Nazi Colonel Hans Landa (Christoph Waltz). Shosanna narrowly escapes and flees to Paris where she forges a new identity as the owner and operator of a cinema. Elsewhere in Europe, lieutenant Aldo Raine (Brad Pitt) organizes a group of Jewish American soldiers to perform swift, shocking acts of retribution. Later known to their enemy as “the basterds,” Raine’s squad joins German actress and undercover agent Bridget von Hammersmark (Diane Kruger) on a mission to take down the leaders of the Third Reich. Fates converge under a cinema marquis, where Shosanna is poised to carry out a revenge plan of her own…. Employing pulp and propaganda in equal measure, Quentin Tarantino’s INGLOURIOUS BASTERDS weaves together infamous, oppressed, real and larger-than-life the stories of WWII.

Synopsis: Inspired by true events, Eddie the Eagle is a feel-good story about Michael “Eddie” Edwards (Taron Egerton), an unlikely but courageous British ski-jumper who never stopped believing in himself – even as an entire nation was counting him out. With the help of a rebellious and charismatic coach (played by Hugh Jackman), Eddie takes on the establishment and wins the hearts of sports fans around the world by making an improbable and historic showing at the 1988 Calgary Winter Olympics. From producers of Kingsman: The Secret Service, Eddie the Eagle stars Taron Egerton as Eddie, the loveable underdog with a never say die attitude.

Synopsis: Romance, intrigue, heroism and the desperate battle for nothing less than the freedom of Scotland. The story of William Wallace whose passion and courage united the Scottish people in the struggle against a ruthless English king over six hundred years ago, at the start of the fourteenth century.