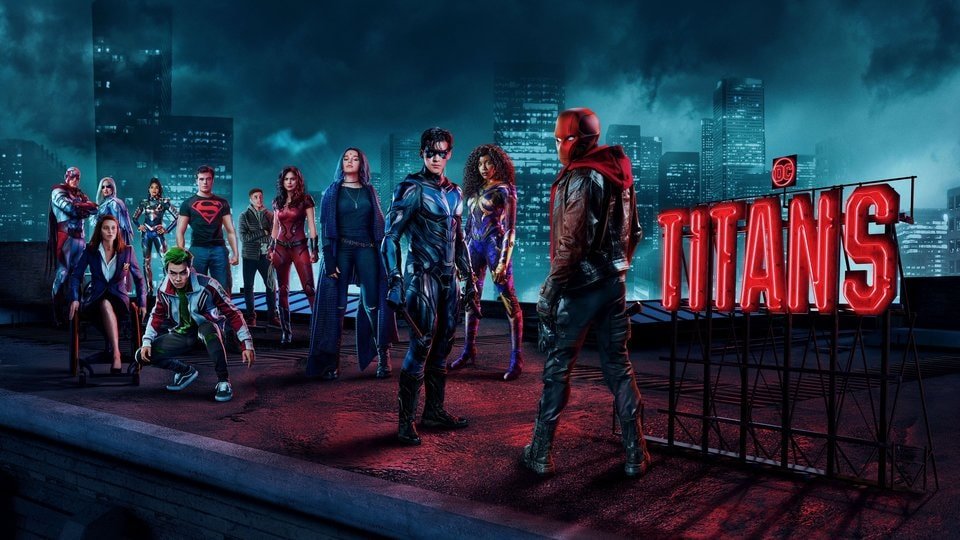 Titans started out with an animated series titled Teen Titans and it made fans fall in love with the series and its characters, but this live-action adaptation took a different route and went in the way of more gritty, and more violent scenes. In my opinion, this makes these DC characters even better because almost all R-rated DC films are good, so today we are going to list the best 10 gritty superhero shows like DC’s Titans.

Synopsis: THE BOYS is an irreverent take on what happens when superheroes, who are as popular as celebrities, as influential as politicians and as revered as Gods, abuse their superpowers rather than use them for good. It’s the powerless against the super powerful as The Boys embark on a heroic quest to expose the truth about “The Seven,” and their formidable Vought backing.

Synopsis: Family adventure series THE GIFTED, from 20th Century Fox Television in association with Marvel Television, tells the story of a suburban couple whose ordinary lives are rocked by the sudden discovery that their children possess mutant powers. Forced to go on the run from a hostile government, the family joins up with an underground network of mutants and must fight to survive.

Synopsis: Every teenager thinks their parents are evil. What if you found out they actually were? Marvel’s Runaways is the story of six diverse teenagers who can barely stand each other but who must unite against a common foe – their parents.

Synopsis: The origin story continues on GOTHAM, with JIM GORDON (Ben McKenzie) and HARVEY BULLOCK (Donal Logue) at the forefront of the fight against the most depraved and unhinged villains. While Gotham City fights for normalcy, a new hero will rise, as BRUCE WAYNE (David Mazouz) begins to assume responsibility for the city’s well-being.

Synopsis: DOOM PATROL reimagines one of DC’s most beloved groups of Super Heroes: Robotman aka Cliff Steele (BRENDAN FRASER), Negative Man aka Larry Trainor (MATT BOMER), Elasti-Woman aka Rita Farr (APRIL BOWLBY) and Crazy Jane (DIANE GUERRERO), led by modern-day mad scientist Niles Caulder aka The Chief (TIMOTHY DALTON). Each member of the Doom Patrol suffered a horrible accident that gave them superhuman abilities, but also left them scarred and disfigured. Traumatized and downtrodden, the team found their purpose through The Chief, coming together to investigate the weirdest phenomena in existence. Following the mysterious disappearance of The Chief these reluctant heroes will find themselves in a place they never expected to be, called to action by none other than Cyborg (JOIVAN WADE), who comes to them with a mission hard to refuse. Part support group, part Super Hero team, the Doom Patrol is a band of superpowered freaks who fight for a world that wants nothing to do with them.

Synopsis: This animated series follows Robin, Aqualad and other teenage superhero sidekicks as they form a secret crime-fighting squad to save the world.

Synopsis: Blinded as a young boy, Matt Murdock fights injustice by day as a lawyer and by night as the Super Hero Daredevil in Hell’s Kitchen, New York City.