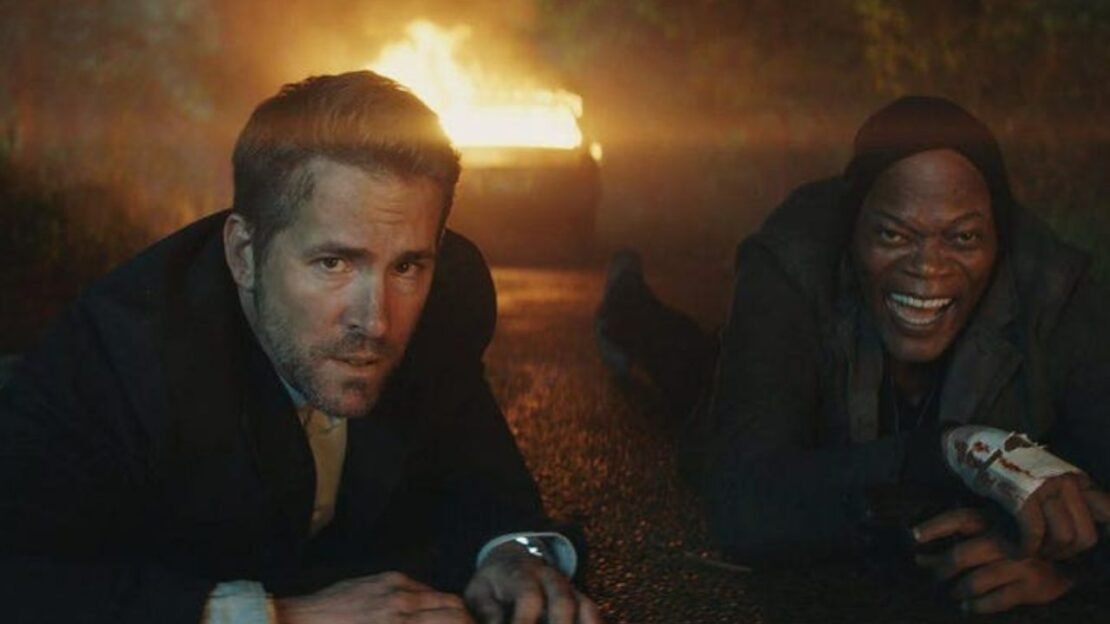 From Dusk Till Dawn

Synopsis: It’s nonstop thrills when George Clooney (The American) and Quentin Tarantino (Pulp Fiction) star as the Gecko brothers – two dangerous outlaws on a wild crime spree! After kidnapping a father (Harvey Keitel, Little Fockers) and his two kids (including Juliette Lewis, Due Date), the Geckos head south to a seedy Mexican bar to hide out in safety. But when they face the bar’s truly notorious clientele, they’re forced to team up with their hostages in order to make it out alive! From Robert Rodriguez and Quentin Tarantino, the creators of Grindhouse, From Dusk Till Dawn is explosive action entertainment!

Synopsis: Only one operative has been awarded 16 purple hearts, and only one guy is man enough to still sport a mullet. In the 10 years since his fiancée was killed, special op MacGruber has sworn off a life of fighting crime with his bare hands. But when he learns his country needs him to find a nuclear warhead that’s been stolen by his sworn enemy, Dieter VonCunth (Val Kilmer), MacGruber teams up with his trusty sidekick (SNL’s breakout star Kristen Wiig) and an uptight lieutenant (Ryan Phillippe) to get the job done.

Synopsis: Jules Winnfield and Vincent Vega are two hitmen out to retrieve a suitcase stolen from their employer, mob boss Marsellus Wallace. Wallace has also asked Vincent to take his wife Mia out a few days later when Wallace himself will be out of town. Butch Coolidge is an aging boxer who is paid by Wallace to lose his next fight. Honey Bunny and Pumpkin are a couple of young lovers and small time thieves who decide they need a change of venue. The lives of these seemingly unrelated people are woven together in a wildly entertaining and exhilarating motion picture adventure that both thrills and amuses.

Synopsis: The Room is a 2003 American independent drama film written, produced, executive produced and co-directed by Tommy Wiseau along with Sandy Schklar in his feature-length directorial debut, who stars in the film alongside Juliette Danielle and Greg Sestero. The film centers on a melodramatic love triangle between amiable banker Johnny, his deceptive fiancée Lisa and his conflicted best friend Mark. A significant portion of the film is dedicated to a series of unrelated subplots, most of which involve at least one supporting character and are left unresolved due to the film’s inconsistent narrative structure. The work was reportedly intended to be semi-autobiographical in nature; according to Wiseau, the title alludes to the potential of a room to be the site of both good and bad events. The stage play from which the film is derived was so-called due to its events taking place entirely in a single room. A number of publications have labeled The Room as one of the worst films ever made. An assistant professor of film studies was the first to describe The Room as “the Citizen Kane of bad movies.”

Synopsis: Celebrating the joy of being back together with your best friends and a perfectly executed shot to the dingdong, the original jackass crew return for another round of hilarious, wildly absurd, and often dangerous displays of comedy with a little help from some exciting new cast. Johnny and the team push the envelope even further in jackass forever.

Synopsis: With his reputation in tatters after a painfully unsuccessful delivery of a distinguished Japanese client, former triple-A executive protection agent, Michael Bryce, two long years after the disgraceful incident, is now reduced to a mere second-class bodyguard for hire. Under those circumstances, Bryce would do anything to prove his worth once again, and as a result, it won’t be long before he accepts an offer from Interpol to escort the renowned international assassin Darius Kincaid from Manchester to the Hague. Without a doubt, this is a race against the clock as the mismatched duo will have to put aside their grudges, in a non-stop concerto for bullets.

Synopsis: In 1920, fate brings together two revolutionaries fighting their individual battles against the British empire far away from home.