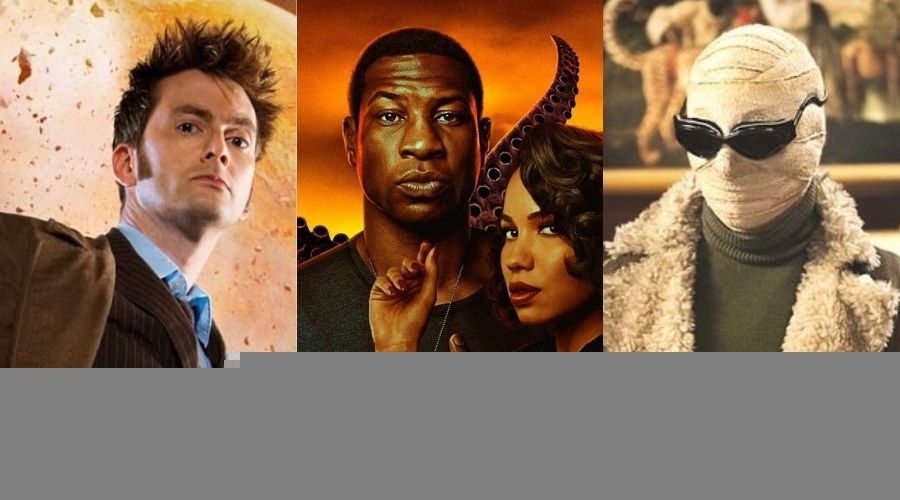 HBO Max has always been the streaming service that has everything for everyone, and its the same case for all the fantasy, sci-fi, and supernatural shows fans, because even if we talk about just the HBO Max originals, they have made brilliant shows like Raised By Wolves and Doom Patrol, but there are also shows that are streaming on HBO Max, which are also some of the most popular fantasy shows like Adventure Time and Samurai Jack.

So, we have made a list of the best fantasy TV shows on HBO Max right now, the shows on this list are not ranked.

Synopsis: Adventure Time features unlikely heroes Finn and Jake, buddies who traverse the mystical Land of Ooo and encounter its colorful inhabitants. The best of friends, our heroes always find themselves in the middle of heart-pounding escapades. Finn, a silly kid with an awesome hat and Jake, a brassy dog with a big kind heart, depend on each other through thick and thin.

Synopsis: DOOM PATROL reimagines one of DC’s most beloved groups of Super Heroes: Robotman aka Cliff Steele (BRENDAN FRASER), Negative Man aka Larry Trainor (MATT BOMER), Elasti-Woman aka Rita Farr (APRIL BOWLBY) and Crazy Jane (DIANE GUERRERO), led by modern-day mad scientist Niles Caulder aka The Chief (TIMOTHY DALTON). Each member of the Doom Patrol suffered a horrible accident that gave them superhuman abilities, but also left them scarred and disfigured. Traumatized and downtrodden, the team found their purpose through The Chief, coming together to investigate the weirdest phenomena in existence. Following the mysterious disappearance of The Chief these reluctant heroes will find themselves in a place they never expected to be, called to action by none other than Cyborg (JOIVAN WADE), who comes to them with a mission hard to refuse. Part support group, part Super Hero team, the Doom Patrol is a band of superpowered freaks who fight for a world that wants nothing to do with them.

Synopsis: In medieval Japan, an empire is destroyed by the demon Aku and a young prince is banished into the future where he plots his revenge.

Over The Garden Wall

Synopsis: On an adventure, brothers Wirt and Greg get lost in the Unknown, a strange forest adrift in time; as they attempt to find a way out of the Unknown, they cross paths with a mysterious old woodsman and a bluebird named Beatrice.

Synopsis: Join Tulip on a mind-bending journey aboard the mysterious Infinity Train, alongside her companions Atticus, the canine king of Corginia, and One-One, a robot with dueling personalities. With puzzles and perils awaiting them in every car, and the relentless Steward on their trail, will Tulip ever find a way off the train and return home?

Synopsis: Dexter, a child genius, whips up dazzling, world-saving inventions in his secret laboratory. His big sister Dee Dee frequently wrecks his experiments but his bigger nemesis is Mandark, his brilliant rival at Huber Elementary School. Mom and Dad, of course, have no idea what their little angel is up to.

Synopsis: Vowing to avenge the senseless murder of his wealthy parents, Bruce Wayne devotes his life to wiping out lawlessness in Gotham City.

Synopsis: The Powerpuff Girls centers on three sugar-coated superheroes, whose missions in life alternate between going to school, fighting crime, winning at hopscotch and saving the world before bedtime. The girls are frequently called upon by the town’s childlike and naive mayor to help fight nearby criminals using their powers.

Synopsis: A caveman at the dawn of evolution and a dinosaur on the brink of extinction are bonded by tragedy. This unlikely friendship becomes the only hope of survival in a violent, primordial world.

This concludes the list of the best fantasy TV shows on HBO Max right now. So, if you have watched them tell us in the comments and we will make a new list for you, and if you haven’t what are you waiting for.