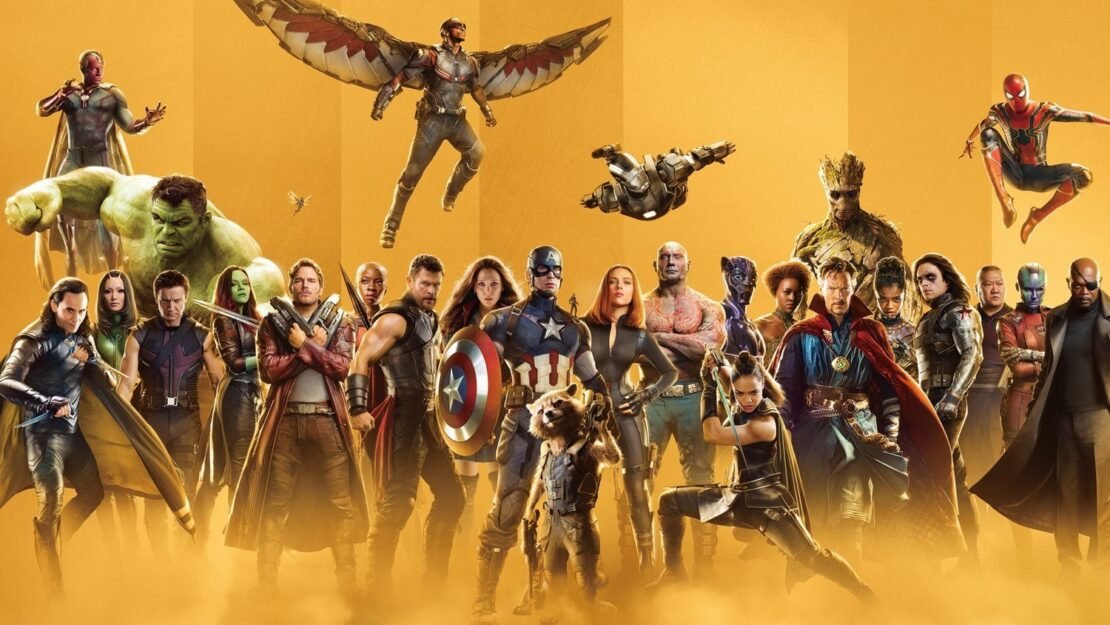 Avengers: Endgame ended a 22 film saga, by saying goodbye to many original Avengers but also introducing many new heroes. In San Diego Comic-Con 2019 Kevin Feige announced all the Marvel films coming in the next two years, but the pandemic threw the whole world off course and the release changed for almost every movie from anywhere changed constantly.

So here is the list of every upcoming Marvel movies in Phase 4 and beyond.

After the conclusion of the story of Natasha Romanoff in the Avengers: Endgame, Kevin Feige announced the spin-off film for Black Widow. The film will star Scarlett Johansson, David Harbour, Rachel Weisz, and Florence Pugh in lead roles and it will be directed by Cate Shortland.

The official synopsis for Black Widow by Marvel is:

In Marvel Studios’ action-packed spy thriller “Black Widow,” Natasha Romanoff aka Black Widow confronts the darker parts of her ledger when a dangerous conspiracy with ties to her past arises. Pursued by a force that will stop at nothing to bring her down, Natasha must deal with her history as a spy and the broken relationships left in her wake long before she became an Avenger.

Shang-Chi and the Legend of the Ten Rings

Marvel fans are really excited for the Shang-Chi and the Legend of the Ten Rings film and the main reason is that it will feature the real villain Mandarin, unlike Iron Man 3’s Mandarin which was an actor. Shang-Chi film will be based on the comics characters written by Steven Engelhart and artist Jim Starlin in the early 1970s. The film stars Simu Liu as Shang-Chi, Awkwafina as Katy, and Tony Leung as Mandarin.

In the comics, Shang-Chi is raised and trained by his father in martial arts, but then he finds out that his father is evil so he turns against him.

The official synopsis given by Marvel for Eternals is:

Marvel Studios’ Eternals features an exciting new team of Super Heroes in the Marvel Cinematic Universe, ancient aliens who have been living on Earth in secret for thousands of years. Following the events of Avengers: Endgame, an unexpected tragedy forces them out of the shadows to reunite against mankind’s most ancient enemy, the Deviants.

Spider-Man: No Way Home will mark the third Spider-Man film in the MCU, and there is a possibility that it will the last. The upcoming Tom Holland film has garnered so much attention because of the return of villains from other Spider-Man movies which opens up the gate for Multiverse. The film will star Tom Holland, Zendaya, Jamie Foxx, Alfred Molena, Jacob Batalon, Marisa Tomei, J.K. Simmons, and Benedict Cumberbatch. The film is also rumored to cast Andrew Garfield and Toby Maguire in their previous Spider-Man roles. The film will be directed by Jon Watts.

The film should pick up right after the post-credit scene of the Spider-Man: Far From Home in which J.K. Simmons from Sam Raimi’s original Spider-Man trilogy exposes Spider Man’s identity.

Doctor Strange in the Multiverse of Madness

Doctor Strange in the Multiverse of Madness is described as the MCU’s first scary movie, the movie was announced at the San Diego Comic-Con in 2019, by Kevin Feige and Scott Derrickson, but Derrickson quit the project in 2019 citing creative difference as the main reason. Since then Sam Raimi the creator of the original Spider-Man trilogy and the Evil Dead franchise has been hired to make the movie the production was supposed to start on film in June 2020, but after the pandemic shut everything off, the film was pushed from its original release date in May 2021 to March 2022. All of the main cast including Benedict Cumberbatch, Rachel McAdams, Benedict Wong, and Chiwetel Ejiofor are expected to return with Elizabeth Olsen‘s Scarlett Witch joining the film.

As the title indicates the film’s story will revolve around the concept of the multiverse, but the film will also be connected from the Disney+ series WandaVison, as in the series it is told that Wanda aka Scarlett Witch is even more powerful than the Sorcerer supreme aka Dr. Strange, and it was also announced by Kevin Feige that Olsen will be joining the cast of the film.

After the success of Thor: Ragnarok, Marvel hired Taika Waititi to write and direct Thor: Love and Thunder, but the big news is that Natalie Portman will be back to play her role of Jane Foster and also become MCU’s first female Thor, it was also reported that Christian Bale has joined the films cast and will play the main antagonist of the film named Gorr the God Butcher. All of the main including Chris Hemsworth, Tessa Thompson, and Natalie Portman are returning for the film.

Sadly, after the tragic passing of the Black Panther star Chadwick Boseman, the script which was written for Black Panther 2 by Ryan Coogler, was thrown out of the window and the film right now is in flux, but at least Kevin Feige announced that they will not recast Black Panther and the film will focus on Shuri.

Ryan Coogler is currently working hard at the script for the much anticipated sequel.

The Captain Marvel sequel will be set in the present-day, with Nia DaCosta (Candyman) taking the director chair, the film will star Brie Larson reprising her role as Captain Marvel, Iman Vellani who will firstly appear in her own Disney+ series as Ms. Marvel but in the film, she will play a supporting role, alongside Teyonah Parris as the adult Monica Rambeau (WandaVision), with Zawe Ashton playing the main antagonist of the film.

Guardians of the Galaxy Vol. 3

Guardians of the Galaxy Vol. 3 was supposed to start production in early 2019, but the film was put on hold because Disney fired James Gunn after the resurfacing of some jokes he made years ago, and then Gunn decided to go write and direct the upcoming Suicide Squad reboot, but Gunn was hired back by Disney in March 2019 to finish the Guardians of the Galaxy trilogy he intended. There is no announcement on the cast or a set release date but the filming will begin in 2021 and it will open in theaters in 2023.

Ant-Man and the Wasp: Quantumania

In November 2019, Marvel announced that Peyton Reed will be returning to direct the Ant-Man’s third film. The film’s script will be written by Rick and Morty famed writer Jeff Loveless, and Kathryn Newton has been hired to play adult Cassie Lang, while Jonathan Majors will be playing Kang the Conqueror, the film’s main antagonist. All of the main cast is expected to return including Paul Rudd, Evangeline Lily, Michael Douglas, Michelle Pfeiffer, and Michael Peña.

In December 2020, it was announced that Jon Watts (Spider-Man: Far From Home, Spider-Man: Homecoming) will be directing a brand new reboot of Fantastic Four.

It was announced back in 2019, that a Blade film is in the works for the MCU and the Oscar-winning actor Mahershala Ali from Moonlight and Green Book, will play the lead character. But since then there have been announcements on the film yet.

Other than the Confirmed release dates for movies, Marvel has also announced some only release dates on which upcoming Marvel movies will come, in which two of the movies are Guardians of the Galaxy Vol. 3 and Blade but other movies are unknown.

Tell us in the comments which upcoming Marvel movie has you the most excited?