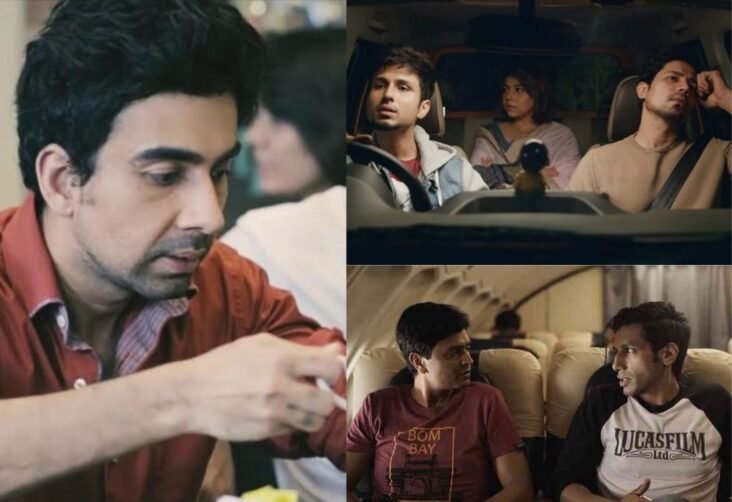 The Viral Fever (TVF) is going to create multiple original series and new upcoming seasons and they will be available on ZEE5 following a deal between both the streaming services which was announced on Monday.

Here are every TVF web series coming to ZEE5, we haven’t added every title because they haven’t been announced yet and as soon as they announce them we will inform you.

Synopsis: TVF Pitchers follows four friends who quit their jobs to start their own startup but they are met with problems after problems, but they stand and fight for their dreams together and decide to not give up.

Synopsis: Tripling is a road-trip comedy series about three siblings who go out on a road trip, the older sibling is Chandan, he is a little bit afraid of life and a bit out of touch with his siblings. The middle sibling is Chanchal, the girl who got out and married a Rajasthani prince and now she handles the responsibility that comes with her husband’s title. The younger sibling is Chitvan, a carefree dude, a cool DJ, and a big fan of himself. When these three get together they give us comedy gold.

Synopsis: The Drama Behind The Comedy

Vipul is now a bit more popular and a lot busier than we last saw him. With the popularity come new responsibilities of building himself as a brand and figuring out what the next big step should be. He also faces some tough choices with the increased workload and pressure and must deal with the temptations that come with fame. With the support of Kavya and some help from Bushi and some new friends, Vipul comes through.

Synopsis: Experience the life of girls in an engineering college with Maggu, Sabu, and Kiara, and enjoy and relive the memories.

Synopsis: The show revolves around a middle-class Sharma family. There’s a gossip-loving grandmother, a hardworking father, a sanskaari mom, and two grown-up kids who are dealing with their middle-classiness in the best way possible.

Synopsis: This series revolves around a young couple, Tanya and Mikesh, who after being in a long distance relationship for 3 years, face the prospect of marriage.

Synopsis: The on stage performance by a stand up comedian might be hilarious but what goes on off that stage is often even more so. Humorously Yours is the chronicles of stand up comic Vipul Goyal and his mini adventures, accompanied by a hard-to-please wife Kavya and easy-to-please best friend Bhushi.

Synopsis: The Sharma family comprises a typical middle-class father, a cute mother, a naughty son, an adorable daughter, and a notorious grandmother. Their antics and drama only get better with time.

Synopsis: Directed by Nidhi Bisht, PA- Gals is a story of three unmarried girls who hail from different background and differ from each other in terms of personalities. Each episode is a new day where they deal in new problems like diet, parents coming over, boyfriend, fridge partition, party and much more. Watch these PA-Gals go full crazy in their mad house. Watch PA-Gals online.

Synopsis: InMates is a comedy web series by The Viral Fever which revolves around the lives of five friends who share a flat together. Depicting the lives of Richa (Akanksha Thakur), who is a casting director and is high on temper, Rahul (Raghav Raj Kakkar), who is a struggling actor trying to make a mark, Madhav (Ashish Verma), who is an honest employee, Fooga (Kashyap Kapoor), and his stepsister Kay (Mukti Mohan), who is a DJ, InMates is about a bunch of young people each having their own set of goals and morals in their lives. Watch inmates online to enjoy this fun drama. As the group of friends lives together they come across various situations in which they need each other’s help which makes them realize about the various aspects of each other’s lives. Watch InMates full movie to peek into this madhouse.

Synopsis: Already late in the startup race, four zeroes come together with an almost delusional ambition to create a great company. Will they succeed? What is their million dollar idea?

Synopsis: The Insiders, a club formed by three urban rich teenagers. Directionless in their lives, they don’t really have real problems to deal with. What they do have is an immensely creative greymatter that makes them want to live weird realities. Make no mistake, the entry to this club is a coveted one, you need to earn it to make it to the club.

Synopsis: We all want a perfect weekend. On some weekends we want to sleep, on some we binge watch something or go on a road trip. Weekends have increasingly become a way to recharge ourselves to get out on a Monday and face our boss. Weekends have been the glimmer of hope for the working youth. Kevin, PPT & Pari are 3 colleagues, who are also in pursuit of that elusive perfect Weekend. But somehow their plans always end up getting canceled. But aisa kyun hota hai?

Synopsis: Watch Tech Conversations With Dad, a hilarious series that deals with a young man who has to undertake the pains of explaining the latest technologies to his technologically backward father. Sounds familiar, right? Laughter-evoking dialogues are the highlight of this show and the conversations are extremely relatable for any person who is part of an Indian family. Watch all episodes online as theater giant cum Bollywood actor Gajraj Rao, best known for his performance in Badhai Ho, plays the father in most episodes with another veteran, Kumud Mishra also doing the role in certain videos. A laugh riot that’s totally worth your time.

This concludes the list of every TVF web series coming to Zee5. So, tell us in the comments which web series are you most excited to watch? 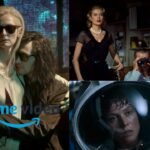