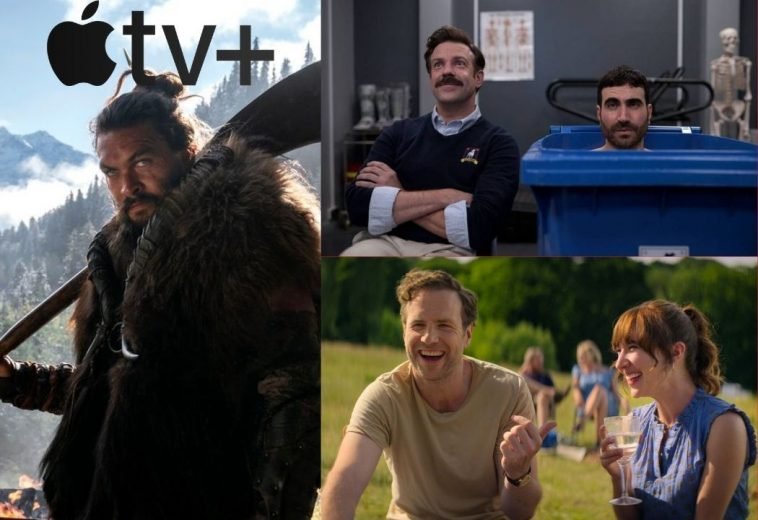 Today we are going to list every Apple TV+ original series coming in 2021 & beyond, but the release date of most of the series in this list hasn’t been announced yet, and also we will not be including those series who are currently if their next season is already renewed then we will mention them. We will also not include any spoilers for the previous season and will be providing only the synopsis of the series.

So, here’s every Apple TV+ original series coming in 2021 & beyond:

The official synopsis for “Home Before Dark Season 2” is:

In season two, when a mysterious explosion hits a local farm, reporter Hilde Lisko (Brooklynn Prince) begins an investigation that will lead her to fight a powerful and influential corporation – with the health of her family and Erie Harbor in the balance.

The official synopsis for “Physical” is:

Sheila Rubin (Rose Byrne) is a quietly tormented housewife in ’80s San Diego, who, behind closed doors, battles extreme personal demons and a vicious inner voice. But things change when she discovers aerobics, sparking a journey toward empowerment and success.

The official synopsis for “Ted Lasso Season 2” is:

A parody of iconic musicals, “Schmigadoon!” is a new musical comedy series executive produced by Lorne Michaels and starring Emmy Award nominee Cecily Strong and Emmy Award winner Keegan-Michael Key as a couple on a backpacking trip designed to reinvigorate their relationship when they discover a magical town in which everyone is living in a studio musical from the 1940s. They then discover that they can’t leave until they find “true love.”

“Mr. Corman” follows the days and nights of Josh Corman, played by Gordon-Levitt, an artist at heart but not by trade. A career in music hasn’t panned out, and he teaches fifth grade at a public school in the San Fernando Valley. His ex-fiancé Megan has moved out and his high school buddy Victor has moved in. He knows he has a lot to be thankful for, but finds himself struggling nevertheless through anxiety, loneliness and a sinking suspicion that he sucks as a person. Darkly funny, oddly beautiful and deeply heartfelt, this relatable dramedy speaks for our contemporary generation of 30-somethings – rich with good intentions, poor with student loans and yearning to become real grown-ups sometime before they die.

The official synopsis for “Foundation” is:

Based on the award-winning novels by Isaac Asimov, Foundation chronicles a band of exiles on their monumental journey to save humanity and rebuild civilization amid the fall of the Galactic Empire

The official synopsis for “The Morning Show” is:

What happens when the people you trust to tell the truth prove themselves to be dishonest? The Morning Show follows the free fall of an early morning newscast in the wake of a scandal, and its struggle to survive in an era when news arrives in the palm of your hand.

The official synopsis for “Truth Be Told” is:

Descend into the world of true-crime podcasts. New evidence compelled podcaster Poppy Parnell (Octavia Spencer) to reopen the murder case that made her a media sensation. Aaron Paul stars as the man she may have wrongfully put behind bars.

The official synopsis for “See” is:

Jason Momoa stars as Baba Voss, the father of twins born centuries later with the mythic ability to see—who must protect his tribe against a powerful yet desperate queen who believes it’s witchcraft and wants them destroyed. Alfre Woodard also stars as Paris, Baba Voss’ spiritual leader.

The Shrink Next Door

The Shrink Next Door is inspired by true events documented in the Wondery and Bloomberg Media podcast of the same name. The series is described as a dark comedy and it follows a bizarre relationship between a psychiatrist Dr. Isaac “Ike” Herschkopf (Paul Rudd) and his long time patient Martin “Marty” Markowitz (Will Ferrell), as Ike exploits Marty and even moves into his home and takes over his family.

“The Afterparty” is a murder-mystery comedy set at a high school reunion afterparty. Each of the eight episodes will feature a retelling of the same night told through a different character’s perspective, each with its own unique visual format and film genre to match the teller’s personality.

In “Echo 3”, Amber Chesborough, a brilliant young scientist, is the emotional center of a small American family. When she goes missing along the Colombia-Venezuela border, her brother and her husband – two men with deep military experience and complicated pasts – struggle to find her in a layered personal drama, set against the explosive backdrop of a secret war.

The official synopsis for “Trying” is:

All Nikki and Jason want is a baby – the one thing they can’t have. So they decide to adopt. With their dysfunctional friends, screwball families, and chaotic lives, will the adoption panel agree that they’re ready to be parents?

The official synopsis for “Dickinson” is:

The official synopsis for “Servant” is:

From M. Night Shyamalan, Servant follows a Philadelphia couple in the mourning after an unspeakable tragedy created a rift in their marriage and opens the door for a mysterious force to enter their home.

For All Mankind Season 3

The official synopsis for “For All Mankind” is:

Imagine a world where a global space race never ended. This thrilling “what if” take on history from Ronald D. Moore (Outlander, Battlestar Galactica) spotlights the high-stakes lives of NASA astronauts and their families.

The official synopsis for “The Mosquito Coast” is:

Allie Fox – a brilliant inventor and stubborn idealist – uproots his family for a dangerous quest through Mexico to flee the U.S. government and find safety.

The official synopsis for “Little America” is:

From the people who brought you The Big Sick and Master of None, Little America is an anthology series that observes the funny, romantic, heartfelt inspiring, and surprising stories of immigrants in America.

The official synopsis for “Tehran” is:

Tamar is a Mossad hacker-agent who infiltrates Tehran under a false identity to help destroy Iran’s nuclear reactor. But when her mission fails and she’s trapped in a new life, Tamar must plan an operation that will place everyone dear to her in jeopardy.

The official synopsis for “Ted Lasso” is:

This concludes the list of every Apple TV+ upcoming series in 2021 & beyond. So, tell us in the comments which series are you most excited about? 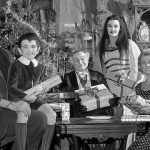 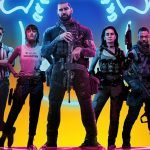