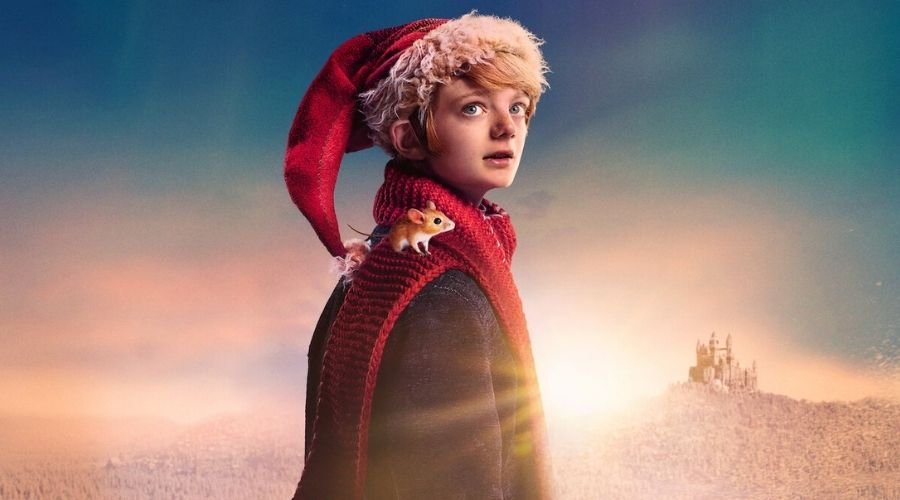 Christmas may still be twenty days away, but Netflix is bringing the sitting on the couch on Christmas season early. So, these are all the movies and shows on Netflix this Christmas. The list below only includes scripted shows and movies, not reality tv or documentaries.

Synopsis: After meeting her perfect match on a dating app, an LA writer learns she’s been catfished when she flies 3,000 miles to surprise him for Christmas.

Father Christmas Is Back

Synopsis: Four feuding sisters get a crash course in family togetherness when their long-lost father shows up for Christmas at their posh ancestral manor.

The Princess Switch 3: Romancing the Star

Synopsis: When a priceless Christmas relic is stolen, royal look-alikes Margaret and Stacy turn to audacious doppelgänger Fiona — and her dashing ex — for help.

Synopsis: Determined young Nikolas meets his destiny in a magical land inhabited by elves on a quest to find his father — and bring home the gift of hope.

Synopsis: An optimistic young robin raised by a family of mice makes a heartfelt wish on a Christmas star. Will she finally learn who she is — and how to fly?

Shaun the Sheep: The Flight Before Christmas

Synopsis: When Shaun’s hunt for a bigger stocking hits a snag, the whole farm sets out on a wild holiday adventure — complete with a sleigh!

A Castle for Christmas

Synopsis: To escape a scandal, a bestselling author journeys to Scotland, where she falls in love with a castle — and faces off with the grumpy duke who owns it.

Single All the Way

Synopsis: Peter asks his best friend to pose as his boyfriend on a Christmas visit home, but their plan — and feelings — change when his family plays matchmaker.

Synopsis: A mother’s Christmas wish — and the grand prize that comes with it — sets off a fierce competition between her sons.

David and the Elves

Synopsis: A jaded, overworked elf runs off to the real world where he tries to experience the magic of Christmas with the help of a newly befriended young boy.

Synopsis: Santa’s one job? Deliver presents. But as Jules takes the reins from his Grandpa Noël, he receives a young girl’s letter with a special holiday wish.

Synopsis: Three episodes of the Elite series will be coming to Netflix this Christmas, just like short films that were released before Season 4.

Synopsis: A year after their romance took root, Callie and Joseph are leaving the ranch for family business in San Francisco — with wedding bells on the horizon.

Synopsis: A family trip to the beach turns crazy when Servando and Alicia, Alma’s willful aunt, start an over-the-top competition to control Christmas.

Synopsis: An auditor who completely despises Christmas is sent to a small town for work, where he meets a woman determined to change his view about the holiday.

Synopsis: An unlikely Christmas romance blossoms between a famous rapper and a tenacious journalist. But can they make it work despite their differences?

Synopsis: On the first-ever Freezie Day, Waffles and Mochi learn that holiday traditions aren’t just about food. They’re about making memories with those you love!

Synopsis: A Christmas vacation turns into a nightmare for a teenager and her family when they discover an ancient menace that stalks their island getaway.

Synopsis: Charlie creates fun stories using different shapes, and he needs your help! Come along for kid-friendly adventures here, there — and everywhere.

How to Ruin Christmas Season 2

Synopsis: Free-spirited Tumi always manages to make a mess of things. Can she make it through this holiday family reunion without ruining it completely?

StarBeam: Beaming in the New Year

Synopsis: Summersette’s biggest baddies join forces on New Year’s Eve to battle Zoey and the Beam Team. But cool cousin Zara powers up to help save the day!

This concludes the list of every Christmas movie and series on Netflix in 2021. So, if you have watched them tell us in the comments and we will make a new list for you, and if you haven’t what are you waiting for.