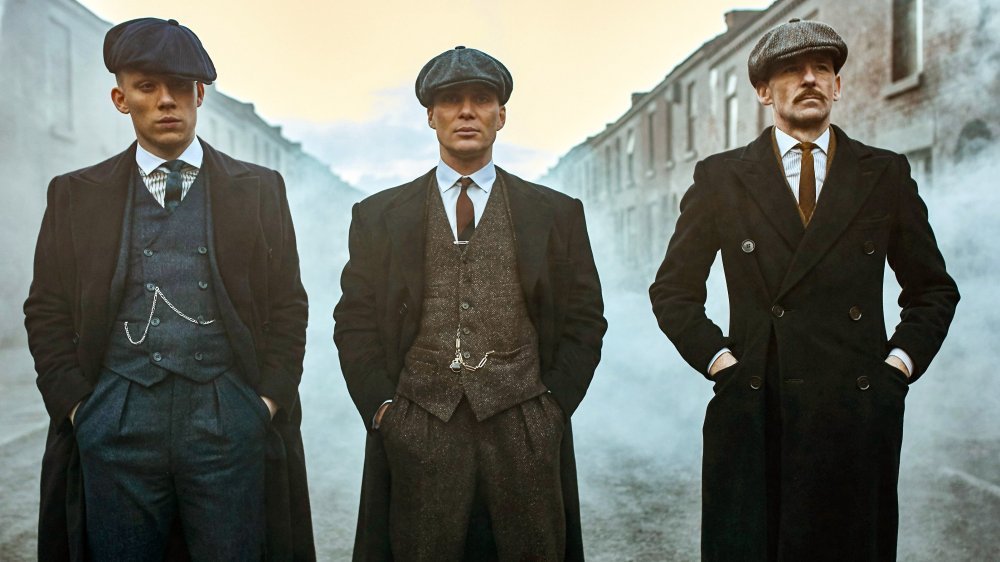 Peaky Blinders has been encapsulating viewers since its debut in 2013, with brilliant storylines and complex characters, but now it has ended with its sixth and final season. If fans are looking for more shows like Peaky Blinders then this is the list for you because every show in this list is gritty with brilliant storylines and features complex characters that you can’t help but love. So, these are the 8 best British shows like Peaky Blinders.

Synopsis: Written by Ronan Bennet (Top Boy) and directed by J Blakeson (The Disappearance of Alice Creed) Gunpowder, a three-part thriller based on the 17th century events that led to Guy Fawkes Day, stars Kit Harington (Game of Thrones) as Robert Catesby, who was the driving force behind the Gunpowder Plot in 1605 London. The story focuses on Catesby, a committed Catholic at a time when Protestant England persecuted Catholics relentlessly, as his refusal to abandon his religion brings him to the edge of financial, social and psychological ruin. Mark Gatiss (Game of Thrones, Sherlock) plays Robert Cecil, King James’ spymaster, who directs efforts to hunt down, torture and kill priests, while rank-and-file Catholics are subject to oppression and the loss of their property. The miniseries chronicles the evolution of the plot, the selection of collaborators to carry it out, the gathering of resources and the obstacles to its execution — as Catesby’s team plays a deadly cat and mouse game with Cecil’s ruthless spy network.

Also Read: Shows Like ‘Gangs of London’ To Watch If Already Binged Season 2

Gangs of London (The Roku Channel)

Synopsis: Created by visionary award-winning filmmaker Gareth Evans and his creative partner Matt Flannery, Gangs of London takes audiences on an immersive journey into the hidden heart of the capital. Produced by Thomas Benski, Lucas Ochoa and Jane Featherstone, GANGS OF LONDON is set in the heart of one of the world’s most dynamic and multicultural cities. It tells the story of city being torn apart by the turbulent power struggles of the international gangs that control it and the sudden power vacuum that’s created when the head of London’s most powerful crime family is assassinated. For 20 years, Finn Wallace (Colm Meaney) was the most powerful criminal in London. Billions of pounds flowed through his organisation each year. But now he’s dead – and nobody knows who ordered the hit. With rivals everywhere, it’s up to the impulsive Sean Wallace (Joe Cole), with the help of the Dumani family headed by Ed Dumani (Lucian Msamati) to take his father’s place. if the situation wasn’t already dangerous enough, Sean’s assumption of power causes ripples in the world of international crime. Perhaps the one man who might be able to help him and be his ally is Elliot Finch (Sope Dirsu), who up until now, has been one of life’s losers, a lowlife chancer with a mysterious interest in the Wallace family. But as the wind of fate blows, Elliot finds himself transported to the inner workings of the largest criminal organisation in London.

Synopsis: April 1889 – six months since the last Jack the Ripper killing, East London is emerging into a fragile peace, hopeful that this killer’s reign of terror might at last have run its course. Nowhere is this truer than in the corridors of H Division, the police precinct charged with keeping order in the chaos of Whitechapel. Its men hunted this maniac; and failed to find him. Ripper Street is their story. Between the factories, rookeries, chop shops and pubs that mark out this maelstrom moves Detective Inspector Edmund Reid (Matthew Macfadyen) – a forward thinking detective haunted by a tragic past mistake. Accompanied by the ever loyal local brawn of Detective Sergeant Bennet Drake (Jerome Flynn) and the mercurial brilliance of the U.S. Army surgeon and one-time Pinkerton detective, Captain Homer Jackson (Adam Rothenberg), Reid seeks to bring justice and the rule of law to a world that is forever on the brink of mayhem.

Synopsis: Oscar® winner Jeremy Irons stars in The Borgias the saga of history’s most infamous crime family. Conspiring with his ruthless sons Cesare and Juan and poisonously seductive daughter Lucrezia, the charismatic Rodrigo Borgia will let nothing and no one stand in the way of his relentless quest for wealth and power. Mercilessly cruel and defiantly decadent, intimidation and murder are his weapons of choice in his scandalous ascension to the papacy in Renaissance-era Italy.