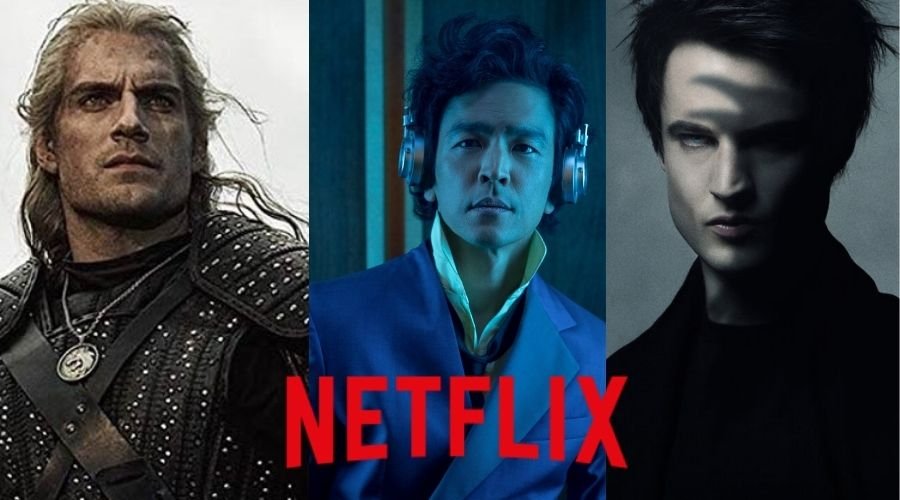 Netflix has revealed a slew of information and clips for the upcoming TV shows of Winter 2021 and Springs 2022. This includes the second season of the popular fantasy series The Witcher or the highly anticipated anime adaptation Cowboy Bebop. So, here are the biggest TV show reveals made during TUDUM 2021:

The Spanish heist series Money Heist, which became a phenomenon around the whole world is returning for one last time with its Part 2 of the fifth and final season. The second part of Money Heist is coming to Netflix on December 3, 2021. The clip revealed during TUDUM, shows our favorite thieves fighting each other as they discuss what to do in Professor’s absence.

The trailer for the second season of The Witcher leads Geralt and Princess Ciri to Kaer Morhen to train Ciri for survival. The teaser also reveals the first look at Kristofer Hivju’s Nivellen, the father figure to Gerlat. The Witcher Season 2 is coming to Netflix on December 17, 2021.

Based on the classic 1984 film Karate Kid, Cobra Kai has recieved great success for its great characters and brilliantly choreographed action scenes. Cobra Kai Season 4 is coming to Netflix on December 31, and its teaser shows us Daniel and Johnny joining hands to kick Cobra Kai’s ass and it looks like they probably will but it won’t be easy as Terry Silver is returning to wreak havoc on our protagonists.

The Byrdes have blood on their hands again in the teaser of the final season of Ozark. The clip shows us Marty and Wendy Byrde washing in a bathroom sink as they are both covered up in the blood and some kind of grit. They seem to be back in Mexico working for the drug cartel family that has been appearing regularly in the recent seasons. Release date for Ozark Season 4 still hasn’t been revealed yet.

Based on the award-winning graphic novel series of the same name by Neil Gaiman, The Sandman is supposed will adapt the first two novels, Preludes and Nocturnes and The Doll’s House. The first look by Netflix shows focuses on the capture of the title character, Dream of the Endless (Tom Sturridge). The series is coming to Netflix in 2022.

The fourth season of the epic sci-fi series Stranger Things will include the mysterious Creel House. The clip from Season 4 shows Will, Lucas, Max, Dustin, and Steve breaking into an old and dusty, but in classic Stranger Things fashion it does not take a long time for things to go wrong. A release date for Season 2 has not been revealed yet, but we do know that the series is due to release sometime in 2022.

Based on the popular novel series of the same name by Julia Quinn, Bridgerton follows the daily lives of the Bridgerton family. The first look for the upcoming season of the series seems to focus on a rocky romance between Antony Bridgerton (Jonathan Bailey) and Kate Sharma (Simone Ashley). The release date for Season 2 hasn’t been revealed yet, but the series is supposed to come in 2022.

Netflix has renewed Sex Education for Season 4. The third season of the acclaimed series Sex Education dropped on Netflix on September 17 and it was as brilliant as the previous seasons and now we will be getting another season for us to enjoy our favorite character but the question remains will this be the last season or will they find some way to make the actors look like high school kids for some more seasons. The series is supposed to come in the later half of 2022.