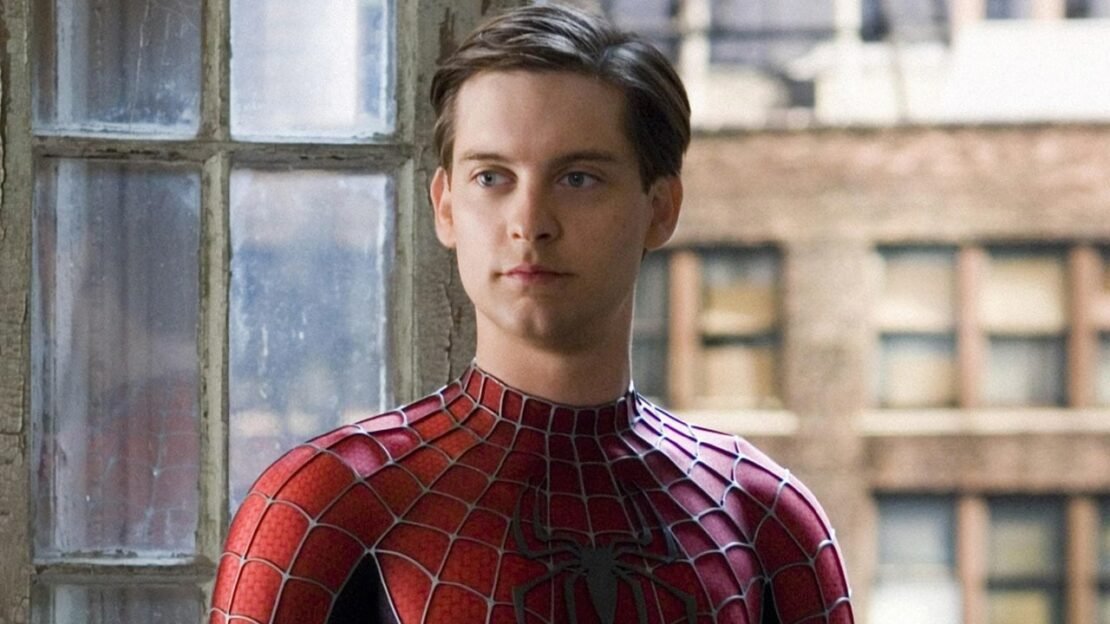 It really doesn’t matter who your favorite Spider-Man is, because if there is any actor that is synonymous with the role of Spider-Man that is Tobey Maguire. Maguire is the one who started the craze of a live-action Spider-Man and arguably he is still the best web-slinger out there. But since the release of Spider-Man movies he hasn’t been seen in as many movies as one would expect, he has chosen his every project with very much care and today we are going to list his 7 best movies that are Spider-Man.

Synopsis: After 10 years of marriage, Jeff and Nealy Lang (Maguire and Banks) have an idyllic suburban home… and a relationship on the skids. But, when a family of hungry raccoons ransacks their perfectly manicured backyard, Jeff becomes single-mindedly obsessed with eradicating the pests by any means necessary.

Synopsis: Brothers tells the powerful story of two siblings, thirty-something Captain Sam Cahill (Tobey Maguire) and younger brother Tommy Cahill (Jake Gyllenhaal), who are polar opposites. A Marine about to embark on his fourth tour of duty, Sam is a steadfast family man married to his high school sweetheart, the aptly named Grace (Natalie Portman), with whom he has two young daughters. Tommy, his charismatic younger brother, is a drifter just out of jail whos always gotten by on wit and charm. When his Black Hawk helicopter is shot down in the mountains Sam is presumed dead and the Cahill family suddenly faces a shocking void. Tommy tries to fill in for his brother by assuming newfound responsibility for himself, Grace, and the children. In the grief and strangeness of their new lives, Grace and Tommy are naturally drawn together. Their longstanding frostiness dissolves, but both are frightened and ashamed of the mutual attraction that has replaced it. But Sam is not dead; he and a fellow soldier have been captured by Taliban fighters. In Afghanistans harsh, remote Pamir Mountains, Sam is subjected to traumas that threaten to rob him of his very humanity. At the same time that Sams sense of self is being destroyed overseas, Tommys self-image is strengthening at home. When Sam unexpectedly returns to the States, a nervous mood settles over the family. Sam, uncharacteristically withdrawn and volatile, grows suspicious of his brother and his wife. Their familiar roles now nearly reversed, Sam and Tommy end up facing the ultimate physical and mental challenge when they confront each other. In the shifting family dynamics, who will dominate?

Synopsis: The uniquely imaginative Baz Luhrmann (Moulin Rouge!, Australia) tackles F. Scott Fitzgerald’s landmark novel, The Great Gatsby, with blockbuster star Leonardo DiCaprio in the title role. Spider-Man’s Tobey Maguire stars as the Fitzgerald-like would-be writer Nick Carraway who arrives in New York in 1922, an era of loose morals, glittering jazz and bootleg kings. Chasing his own American Dream, Nick encounters the mysterious millionaire Gatsby and his bewitching cousin Daisy. Soon, Nick is drawn into the captivating world of the super-rich, their illusions, loves and deceits. Bearing witness to this new world, Nick pens a tale of impossible love, incorruptible dreams and unforgettable tragedy — mirroring our own times and struggles.​

Synopsis: Starring Charlize Theron, Tobey Maguire, and Paul Rudd, The Cider House Rules tells the story of Homer Wells. Homer has lived nearly his entire life within the walls of St. Cloud’s Orphanage in rural Maine. Though groomed by its proprietor, Dr. Larch, to be his successor, Homer feels the need to strike out on his own and experience the world outside. While working at an apple orchard, Homer learns some powerfully indelible lessons about life, love, and home.

Synopsis: In a gripping true story set during the height of the Cold War, American chess prodigy Bobby Fischer (Tobey Maguire) finds himself caught between two superpowers when he challenges the Soviet Empire. Also starring Liev Schreiber and Peter Sarsgaard, Pawn Sacrifice chronicles Fischer’s terrifying struggles with genius and madness, and the rise and fall of a kid from Brooklyn who captured the imagination of the world.

Synopsis: From the Academy Award®-nominated filmmaker Gary Ross, Seabiscuit is based on the inspiring true story of three men – a jockey, a trainer and a businessman – and the undersized racehorse who took the entire nation on the ride of a lifetime. This breathtaking film achievement is “a must-see moviegoing experience” (Chicago Sun-Times) and “a flat-out great movie!” (Larry King Live, CNN)