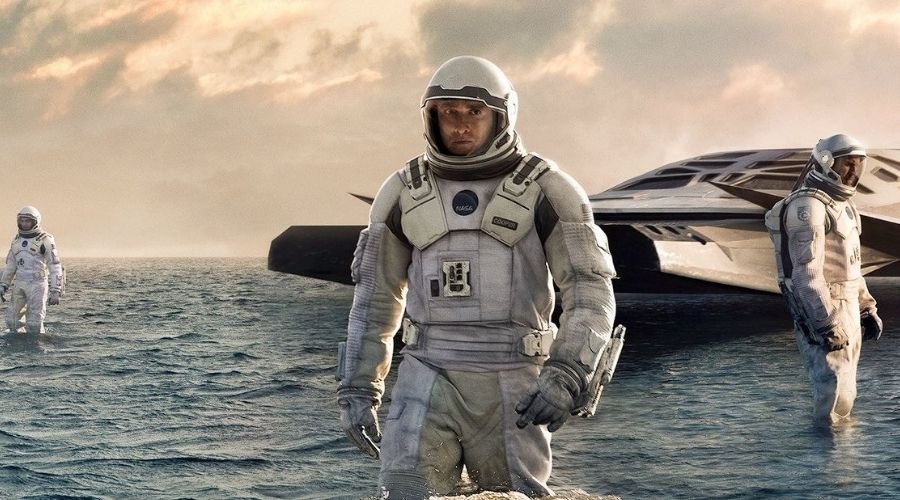 Time Travel is a plot device that’s almost never boring and it’s always fun to watch the characters either going to revisit their past or see them going into an unknown future. Any content created around the concept of time travel always allows us to think about what our future could be or what would have happened if I changed a particular moment in my past. So, today we are making a list of the best time-travel movies you can watch right now.

The Movies on this list are not ranked because we think every one of these movies is worth your time and will keep you entertained.

Synopsis: Keanu Reeves (The Matrix) and Alex Winter (The Lost Boys) deliver “spirited performances” (The Hollywood Reporter) in the original righteous comedy about the two ditzy dudes from San Dimas, California. Also starring George Carlin, this hysterically funny historical comedy is a “snappily directed” (Time), “bouncy good time” (The Boston Globe) and a party that goes on and on! Bill (Winter) and Ted (Reeves) have spent so much time forming their rock band, The Wyld Stallyns, that they’re flunking history. Whoa, duuuude! And when Ted’s dad threatens to send him away to military school, Bill and Ted realize it could mean the most heinous end of The Stallyns! Luckily, a guardian angel from the future, Rufus (Carlin), has come to them with a most bodacious solution: a time-traversing phone booth to take them into the past to learn about the world from some of history’s most influential personalities. Their journey through time turns out to be a blastÄ…but will they learn enough to pass their class?

Synopsis: The epic action of this sci-fi thriller unfolds in a near-future in which an alien race has hit the Earth in an unrelenting assault, unbeatable by any military unit in the world. Major William Cage (Cruise) is an officer who has never seen a day of combat when he is unceremoniously dropped into what amounts to a suicide mission. Killed within minutes, Cage now finds himself inexplicably thrown into a time loop—forcing him to live out the same brutal combat over and over, fighting and dying again…and again. But with each battle, Cage becomes able to engage the adversaries with increasing skill, alongside Special Forces warrior Rita Vrataski(Blunt). And, as Cage and Rita take the fight to the aliens, each repeated encounter gets them one step closer to defeating the enemy.

Synopsis: In the futuristic action thriller Looper, time travel will be invented – but it will be illegal and only available on the black market. When the mob wants to get rid of someone, they will send their target 30 years into the past, where a looper” – a hired gun, like Joe (Joseph Gordon-Levitt) – is waiting to mop up. Joe is getting rich and life is good… until the day the mob decides to “close the loop,” sending back Joe’s future self (Bruce Willis) for assassination. The film is written and directed by Rian Johnson and also stars Emily Blunt,Paul Dano, and Jeff Daniels. Ram Bergman and James D. Stern produce.

Back to the Future Trilogy

Synopsis: Experience one of the most popular movie series of all time like never before with the BACK TO THE FUTURE Trilogy! Join Marty McFly, Doc Brown, and a time-traveling DeLorean for the adventure of a lifetime as they travel to the past, present, and future, setting off a time-shattering chain reaction that disrupts the space-time continuum! From filmmakers Steven Spielberg, Robert Zemeckis, and Bob Gale, these timeless films feature unrivaled adventures that stand the test of time.

Synopsis: While conducting experiments in a garage, two brilliant engineers who lead double lives accidentally discover that their project enables them to travel back in time. Each man’s curiosity leads to experiments without the other’s knowledge, some with serious consequences. In an “ingenious blend of sci-fi and mystery” (Steven Read, “Philadelphia Inquirer”), viewers are challenged to solve the puzzle that is Primer.

Synopsis: A lone time traveler from the year 2035 must solve a riddle that may save his people…but it may also take him to the brink of madness. Bruce Willis, Madeleine Stowe and Brad Pitt star in this brilliant sci-fi masterpiece from Terry Gilliam, the acclaimed director of The Fisher King. After the world’s population is devastated by a killer virus, survivors must live in dank underground communities. Cole (Willis) “volunteers” to travel into the past to obtain a pure virus sample, thereby helping scientists develop a cure. Along the way, he crosses paths with a beautiful psychiatrist (Stowe) and a one-card-short-of-a-full-deck mental patient (Pitt). But the race is on, as Cole searches for The Army of the 12 Monkeys, a radical group linked to the deadly disease. With unforgettable performances and imaginative special effects, 12 Monkeys is a modern-day classic laced with Gilliam’s trademark wit and dazzling visual style.

Synopsis: The non-human machine ruling elite of the nuclear war-torn future has dispatched a shape-shifting cyborg assassin into the past to kill a young boy because he soon will be the resistance leader against the machines. However, another android-cyborg, earlier reprogrammed with human values by the resistance, also returns from the future to save the young boy and his mother from the assassin. Special effects, both cataclysmic and dazzling, punctuate the action movie.

Synopsis: Following their Lovecraftian modern cult classic SPRING, acclaimed filmmakers Moorhead and Benson return with this mind-bending thriller that follows two brothers who receive a cryptic video message inspiring them to revisit the UFO death cult they escaped a decade earlier. Hoping to find the closure that they couldn’t as young men, they’re forced to reconsider the cult’s beliefs when confronted with unexplainable phenomena surrounding the camp. As the members prepare for the coming of a mysterious event, the brothers race to unravel the seemingly impossible truth before their lives become permanently entangled with the cult.

X-Men: Days of Future Past

Synopsis: An all-star cast, including Hugh Jackman, Michael Fassbender, James McAvoy, Halle Berry, Jennifer Lawrence, Ellen Page, Ian McKellen and Patrick Stewart, prepares for battle in this action-packed adventure. As Sentinel robots hunt down mutants and humans, the characters from the original X-Men trilogy join forces with their younger selves in an epic struggle to change the past—and save our future!

Synopsis: Based on the short story “All You Zombies” by Robert A. Heinlein, PREDESTINATION chronicles the life of a Temporal Agent (Ethan Hawke) sent on an intricate series of time-travel journeys designed to ensure the continuation of his law enforcement career. Now, on his final assignment, the Agent must recruit his younger self while pursuing the one criminal that has eluded him throughout time.

Synopsis: From Mike Judge, one of the creative minds behind Beavis and Butt-Head, King of the Hill, and Office Space, comes an outrageous sci-fi comedy that’ll make you think twice about the future of mankind. Meet Joe Bowers (Luke Wilson). He’s not the sharpest tool in the shed. But when a government hibernation experiment goes awry, Bowers awakens in the year 2505 to find a society so dumbed-down by mass commercialism and mindless TV programming that he’s become the smartest guy on the planet. Now it’s up to an average Joe to get human evolution back on track! Filled with razor-sharp sarcasm and outrageous sight gags, Idiocracy will make you laugh out loud whether you’re an absolute genius or a complete idiot! 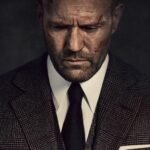 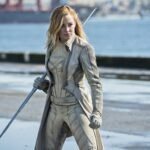