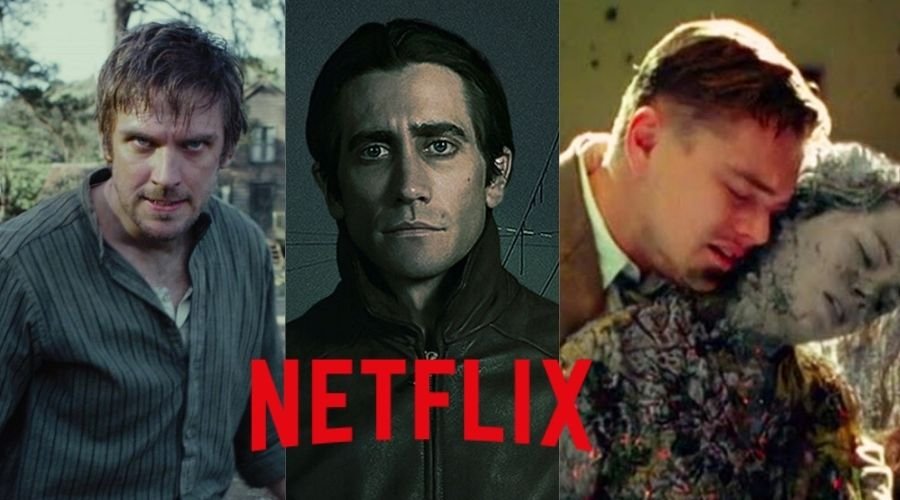 Netflix has one of the greatest movie libraries it has something for everyone, from comedies to thrillers and from sci-fi to horror, so today we are going to list the best thriller movies on Netflix in September 2021 you can watch right now.

Synopsis: The Guilty takes place over the course of a single morning in a 911 dispatch call center. Call operator Joe Bayler (Gyllenhaal) tries to save a caller in grave danger—but he soon discovers that nothing is as it seems, and facing the truth is the only way out.

Synopsis: Nightcrawler is a pulse-pounding thriller set in the nocturnal underbelly of contemporary Los Angeles. JakeGyllenhaal stars as Lou Bloom, a driven young man desperate for work who discovers the high-speed world of L.A. crime journalism. Finding a group of freelance camera crews who film crashes, fires, murder and other mayhem, Lou muscles into the cut-throat, dangerous realm of nightcrawling — where each police siren wail equals a possible windfall and victims are converted into dollars and cents. Aided by Rene Russo as Nina, a veteran of the blood-sport that is local TV news, Lou blurs the line between observer and participant to become the star of his own story.

Synopsis: Academy Award®-winner Russell Crowe leads an all-star cast, including Ben Affleck, Rachel McAdams & Helen Mirren in the gripping thriller about deception, manipulation & corruption. When D.C. Reporter Cal McCaffrey (Crowe) is assigned to investigate the murder of an assistant to an up-and-coming politician (Affleck), he uncovers a conspiracy that threatens to bring down the nation’s power structures. In a town of spin-doctors and wealthy power brokers, he will discover one truth: when fortunes are at stake, no one’s integrity, love or life is safe. From director Kevin Macdonald of The Last King of Scotland, State of Play brings together strong performances, riveting suspense and is “sophisticated, intelligent and powerful” (Shawn Edwards, Fox-TV).

Synopsis: A U.S. marshal’s troubling visions compromise his investigation into the disappearance of a patient from a hospital for the criminally insane.

Synopsis: Kept locked inside the house by her father, 7-year-old Chloe lives in fear and fascination of the outside world, where Abnormals create a constant threat – or so she believes. When a mysterious stranger offers her a glimpse of what’s really happening outside, Chloe soon finds that while the truth isn’t so simple, the danger is very real.

Synopsis: In 1905, a drifter on a dangerous mission to rescue his kidnapped sister tangles with a sinister religious cult on an isolated island.

Synopsis: Dr. Steven Murphy (Colin Farrell) is a renowned cardiovascular surgeon presiding over a spotless household with his ophthalmologist wife Anna (Nicole Kidman) and their two exemplary children, 12-year-old Bob (Sunny Suljic) and 14-year-old Kim (Raffey Cassidy). Lurking at the margins of his idyllic suburban existence is Martin (Barry Keoghan), a fatherless teen who Steven has covertly taken under his wing. As Martin begins insinuating himself into the family’s life in ever-more unsettling displays, the full scope of his intent becomes menacingly clear when he confronts Steven with a long-forgotten transgression that will shatter the Murphy family’s domestic bliss.

Synopsis: When a videographer answers a Craigslist ad for a one-day job in a remote mountain town, he finds his client is not at all what he initially seems.

Synopsis: A suave, steely-eyed London cocaine dealer’s retirement plans hit a violent snag when his boss asks him to do one more job.

Synopsis: From writer/director Tom Ford comes a haunting romantic thriller of shocking intimacy and gripping tension that explores the thin lines between love and cruelty, and revenge and redemption. Academy Award nominees Amy Adams and Jake Gyllenhaal star as a divorced couple discovering dark truths about each other and themselves in “Nocturnal Animals.”

Synopsis: A mysterious ex-soldier (Dan Stevens) with a secret agenda wreaks havoc on a small town in this “impossibly cool” (Fangoria) action thriller from the creators of You’re Next.

Synopsis: After a look-alike takes over her account, a cam girl with a growing fan base sets out to identify the mysterious culprit and reclaim her own identity.

Synopsis: Dan Brown’s international bestseller comes alive in the film The Da Vinci Code, directed by Ron Howard with a screenplay by Akiva Goldsman. Join symbologist Robert Langdon (Academy Award® winner Tom Hanks, 1993 Best Actor, Philadelphia, and 1994 Best Actor, Forrest Gump) and cryptologist Sophie Neveu (Audrey Tautou) in their heart-racing quest to solve a bizarre murder mystery that will take them from France to England – and behind the veil of a mysterious ancient society, where they discover a secret protected since the time of Christ.

Synopsis: Starring Teresa Palmer and Max Riemelt, BERLIN SYNDROME is a gripping thriller from acclaimed Australian director Cate Shortland. Alone and adrift in Berlin, Australian Photographer Clare (Palmer) meets charismatic local Andi (Riemelt) and there is an instant attraction between them. But what begins as a passionate romance takes a sinister turn when Clare wakes up one morning to discover Andi has locked her in his apartment, and he has no intention of letting her leave, ever. Biding her time, Clare plots her escape as the walls of Andi’s apartment close in, all the while becoming drawn into a complex relationship with her captor.

In the Shadow of the Moon

Synopsis: In 1988, Philadelphia police officer Thomas Lockhart (Boyd Holbrook), hungry to become a detective, begins tracking a serial killer who mysteriously resurfaces every nine years. But when the killer’s crimes begin to defy all scientific explanation, Lock’s obsession with finding the truth threatens to destroy his career, his family, and possibly his sanity. Directed by Jim Mickle and also starring Michael C. Hall and Cleopatra Coleman, IN THE SHADOW OF THE MOON is a genre-blending psychological thriller that examines the power of time, and how its passing can either bring us together or tear us apart.

This concludes the list of the best thriller movies on Netflix in September 2021. So, if you have watched them tell us in the comments and we will make a new list for you, and if you haven’t what are you waiting for.