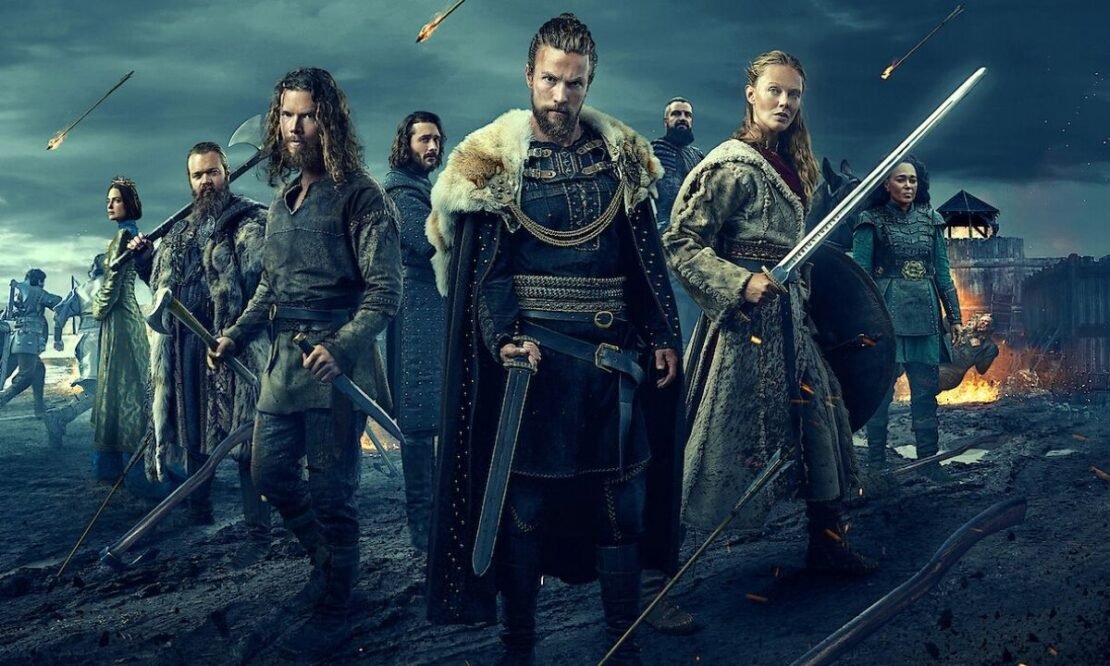 Netflix’s original series Vikings: Valhalla fills the void left by the original series Vikings, with its brutal, grim, and violent depiction of the lives of our heroes. The series follows some of history’s most famous conquerors of Europe. If you are a fan of violent period dramas, there are many similar historical dramas that can pass your time while waiting for Season 2.

Synopsis: In the wake of King Uther’s sudden death, chaos threatens to engulf Britain. When the sorcerer Merlin has visions of a dark future, he installs the young and impetuous Arthur, Uther’s unknown son and heir, who has been raised from birth as a commoner. But Arthur’s cold and ambitious half-sister Morgan will fight him to the bitter end, summoning unnatural forces to claim the crown in this epic battle for control.

Synopsis: World Without End is a rousing epic tale of a feisty young woman, Caris, who inspires her medieval town of Kingsbridge to confront the most powerful forces of her time, namely the Church and Crown, as they must fight to save their town from ruin and, ultimately usher in a new era of freedom, innovation and enlightenment…

Synopsis: The mysterious and tumultuous land of 43AD Britannia is occupied by many warring tribes, until the invasion of a foreign army sparks chaos and allegiances. Celtic rivals Kerra (Kelly Reilly) and Antedia (Zoë Wanamaker) must face the oncoming Roman invasion led by Aulus Plautius (David Morrissey) as it seeks to dismantle the Celtic Resistance.

The Pillars of The Earth (The Roku Channel)

Synopsis: A sweeping epic of good and evil, treachery and intrigue, violence and beauty with an exceptional all-star cast: Ian McShane, Rufus Sewell, Donald Sutherland and Academy Award®-Winner Eddie Redmayne. This sensuous, spirited and passionate story is set against a backdrop of war, religious strife and power struggles which tears lives and families apart. In that time, there rises a magnificent Cathedral in Kingsbridge Against this backdrop, love-stories entwine: Tom, the master builder, Aliena, the noblewoman, the sadistic Lord William, Philip, the prior of Kingsbridge, Jack, the artist in stone work and Ellen, the woman from the forest who casts a curse. At once, this is a sensuous and enduring love story and an epic that shines with the fierce spirit of a passionate age. Follett masterfully weaves these stories through the political turmoil of 12th century England, creating a relevant and viable world for today’s audience and for generations to come.

Check out the trailer for Vikings: Valhalla Season 2: