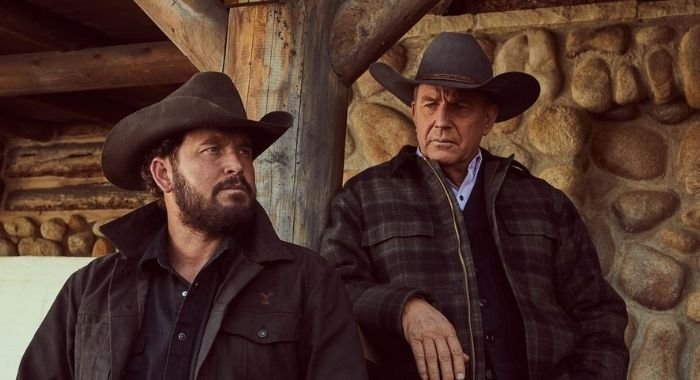 Yellowstone has become one of the biggest shows on television, as it should because the series is a brilliant piece of art, which deserves every praise it gets. Yellowstone is currently in its fourth season run, with a new episode releasing every Sunday on Paramount Network. If you get bored while waiting for the new episode here’s a list of 10 shows and movies like Yellowstone you should watch to keep yourself busy.

Synopsis: 1883 follows the Dutton family as they embark on a journey west through the Great Plains toward the last bastion of untamed America. It is a stark retelling of Western expansion, and an intense study of one family fleeing poverty to seek a better future in America’s promised land – Montana.

Those Who Wish Me Dead

Synopsis: Angelina Jolie stars as Hannah, a smoke jumper reeling from the loss of three young lives she failed to save from a fire. When she comes across a bloodied and traumatized 12-year-old boy, they set out together to cross the miles of thick forest with two assassins in pursuit. Braving deadly lightning storms that threaten even Hannah’s well-honed survival skills, they are caught between two relentless killers hunting the boy from one direction, and a massive fiery blaze coming straight for them, quickly consuming everything in their path.

Synopsis: Following the loss of their son, retired sheriff George Blackledge (Costner) and his wife Margaret (Lane) leave their Montana ranch to rescue their young grandson from the clutches of a dangerous family living off the grid in the Dakotas, headed by matriarch Blanche Weboy. When they discover the Weboys have no intention of letting the child go, George and Margaret are left with no choice but to fight for their family.

Synopsis: WIND RIVER is a chilling thriller that follows a rookie FBI agent (Elizabeth Olsen) who teams up with a local game tracker with deep community ties and a haunted past (Jeremy Renner) to investigate the murder of a local girl on a remote Native American Reservation in the hopes of solving her mysterious death.

Synopsis: From Academy Award nominee Taylor Sheridan, co-creator of Yellowstone, Mayor of Kingstown follows the McLusky family – power brokers in Kingstown, Michigan where the business of incarceration is the only thriving industry. Tackling themes of systemic racism, corruption and inequality, the series provides a stark look at their attempt to bring order and justice to a town that has neither.

Synopsis: A multi-generational epic telling of the story of America’s birth as a superpower through the bloody rise and fall of one Texas oil empire.

This concludes the list of the 10 best shows and movies like Yellowstone. If you have watched them all tell us in the comments and we will make a new list for you and if you haven’t, What are you waiting for?