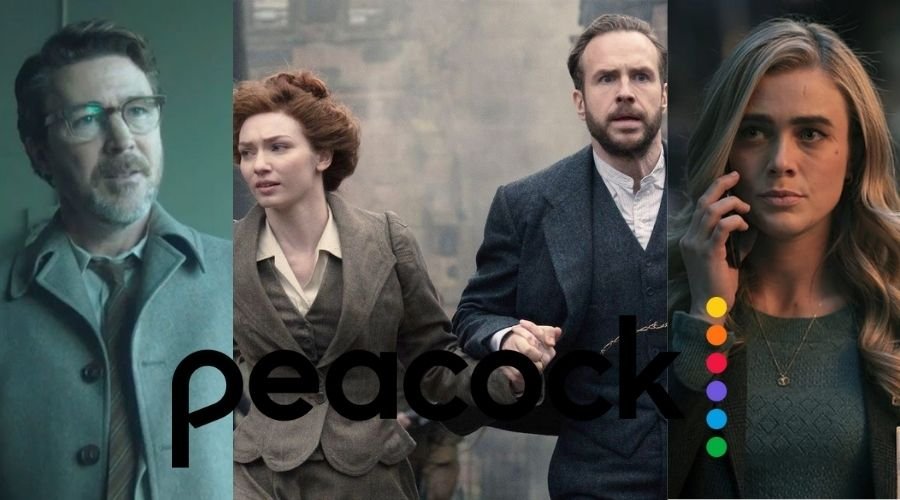 Science-fiction is one of the best genres in all of cinema. Sci-fi movies show what we can only imagine, and they blend many genres like action, romance, and mystery in them and make a very great cinematic experience. So, we made a list of the best sci-fi TV shows on Peacock you can watch right now.

Synopsis: Based on the true, Top Secret investigations into UFOs and related phenomena conducted by the U.S. Air Force, this thrilling series follows Dr. J. Allen Hynek (Aidan Gillen, Game of Thrones) a brilliant college professor recruited to spearhead operation “Project Blue Book” that researched thousands of cases, many of which were never solved.

Synopsis: Sliders earned a substantial fan base thanks to its intriguing central premise – the existence of multiple alternate realities – and impressive special effects. In the second season of the hit series, Jerry O?Connell leads the appealing cast as a college student who accidentally discovers a portal into alternate dimensions.

Synopsis: After saving the life of the President, two secret service agents – Myka Bering and Pete Lattimer – find themselves assigned to the top secret Warehouse 13. The Warehouse is a massive, top secret facility that houses dangerous and fantastical objects. Together, Pete and Myka along with fellow agents Claudia, Steve Jinks and Warehouse caretaker Artie, must recover artifacts from around the globe before they can cause catastrophic damage.

Synopsis: A newly hired Sheriff reports for duty in the small, bucolic Pacific Northwest town of Eureka and soon discovers that it is not what it seems. For years, the government has been relocating the world’s geniuses (and their families) to this small town, creating the ultimate think-tank community in which strange, amazing, and bizarre things happen as the quirky inhabitants unleash scientific & technological creations still unknown by the outside world.

The War of the Worlds

Synopsis: In early 1900s England, a young couple is forced to contend with a terrifying martian invasion when a mysterious capsule lands in their small town.

Synopsis: When mysterious wreckage starts falling from the sky, a secretive international agency is tasked with figuring out what it is, where it came from, and most importantly… what it can do. British agent Finola Jones and American agent Bryan Beneventi are partners who have very different styles – she’s warm, intuitive and detail-oriented, and he’s charming, confident and guarded. But they have no choice but to trust each other as they track down the debris scattered across the Western Hemisphere. Each fragment has unpredictable, powerful and sometimes dangerous effects on the everyday people who find it. Every discovery is also a race against time, because shadowy outside forces seek these objects for nefarious purposes.

Synopsis: Created by Tim Kring to emulate the storytelling style of American comic books, “Heroes” is an award-winning science-fiction series about ordinary people who discover they have extraordinary abilities. The series ran for four seasons on NBC, from 2006 to 2010, and spawned graphic novels, action figures, a mobile game and an online extension of the series, “Heroes Evolutions.” In 2015, a 13-episode miniseries, “Heroes Reborn,” aired on NBC as a continuation of the original series.

Synopsis: Written by award-winning show-runner, Julie Gearey (Prisoners’ Wives, Cuffs, Secret Diary of a Call Girl), the series tells the story of fearless young cop and galactic pilot, Ash Harper (Savannah Steyn), who has her glittering career ripped away from her after being wrongly convicted of a treasonous crime and exiled to a distant prison colony. But on the way there, Ash’s fellow convicts stage a mutiny and seize control of their prison transfer ship. With the flight crew dead, mob leader Tula Quik (Sharon Duncan-Brewster), is intent on reaching the free world – Arcadia – with her gang; and Ash is the only pilot who can get them there. Ash is forced to join them on the run towards a distant galaxy and an uncertain future.

This concludes the list of the best sci-fi TV shows on Peacock you can watch right now. So, if you have watched them tell us in the comments and we will make a new list for you, and if you haven’t what are you waiting for.