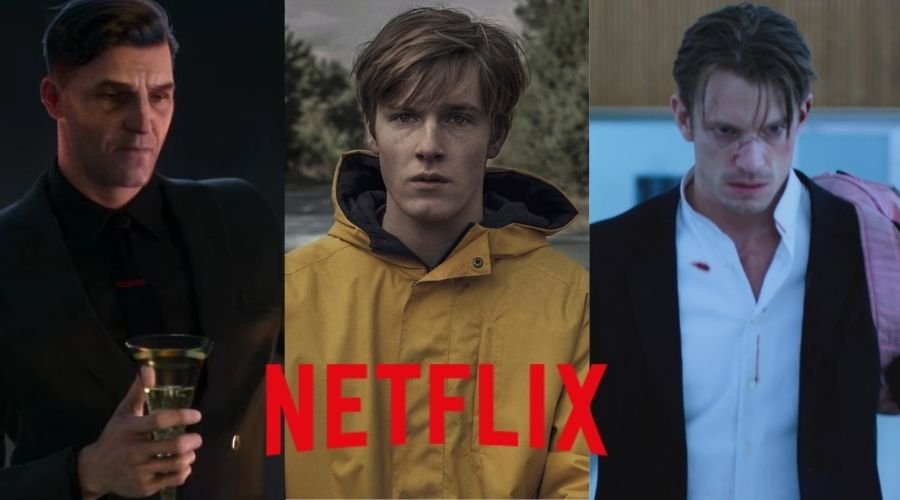 Science-fiction is one of the best genres in all of cinema. Sci-fi movies show what we can only imagine, and they blend many genres like action, romance, and mystery in them and make a very great cinematic experience. So, we made a list of the best sci-fi TV shows on Netflix you can watch right now.

Synopsis: The 4400, which began as a five-week miniseries on the USA Network, is built around a deceptively simple, dramatically rich premise. What if all the people, who had ever been abducted by aliens, were suddenly returned to Earth? What would happen? Although they look exactly as they did when they left, they have no knowledge of where they were or why they were taken. Now some even have special powers, like clairvoyance. As with ABC’s Lost, which centers on the survivors of a plane crash, The 4400 features a large cast of characters and a host of mysteries to be solved. If the special effects, which are kept to a minimum, can be a little cheesy at times, the concept–and the skillful execution of the concept–easily makes up for it.

Synopsis: June McDaniel has a major change in her life when she discovers that she comes from a line of shapeshifters on her mother’s side. She will have to wrestle with the choice of going on a journey to discover more about her mother and how her shapeshifting ability works and that of staying with her boyfriend Harry who has been by her side through it all. Who can she trust as she embarks on her journey? Remember what you see is not what you see in the world of The Innocents.

Synopsis: The Robinson family, part of a highly trained mission to establish a new colony in space, is unexpectedly pulled off course forcing them to crash land on a lost planet. Danger will find them.

Synopsis: Set in the year 2093, Nightflyers is a psychological thriller that follows a team of scientists aboard the Nightflyer, the most advanced ship ever built, as they embark on a journey to find other life forms. Their mission takes them to the edge of the solar system, and to the edge of insanity, as they realize true horror isn’t waiting for them in outer space—it’s already on their ship.

Synopsis: On Earth’s ravaged, post-apocalyptic landscape, The 100 are leaders, followers, delinquents and warriors. But most importantly, they are survivors who’ve learned to collaborate or perish on a planet they once saw as paradise. Their constant struggles tear them apart, turn them against each other and take the lives of their closest friends. Despite their best efforts, all-out war appears unavoidable, until a new, even more dangerous threat explodes to the surface, forcing our heroes to endure 125 years of cryosleep and wake up in a seemingly idyllic new world. Have they finally found a home? Or will the obstacles created by a mysterious new force prove insurmountable? The 100: The Complete Series follows our heroes on an epic journey through time and space as they battle for the heart and soul of the human race and challenge their conceptions of family, love and sacrifice.

Synopsis: Paris in the near future. A new dating app is appearing on the market. It helps people find their soulmate by collecting data from their brain. But finding true love comes at a price. Are you ready to pay for it?

Synopsis: “You never know when your life is going to change.” After a brutal virus wipes out most of the population, two young siblings embark on a perilous search for safety.

Synopsis: A young boy struggling to control his newfound powers. A single mom fighting the odds to keep her son safe. Secrets, conspiracies, mysteries, all dangerously swarming around one family.

Synopsis: One moment links 8 minds in disparate parts of the world, putting 8 strangers in each other’s lives, each other’s secrets, and in terrible danger.

Synopsis: When everyone else mysteriously vanishes from their wealthy town, the teen residents of West Ham must forge their own society to survive.

Synopsis: 2074. In the wake of a mysterious global disaster, war rages between the Tribes that have emerged from the wreckage of Europe. Three siblings from the peaceful Origines tribe – Kiano (Emilio Sakraya), Liv (Henriette Confurius) and Elja (David Ali Rashed) – are separated and forced to forge their own paths in an action-packed fight for the future of this new Europa.

Synopsis: From the minds of Gerard Way and Gabriel Bá, The Umbrella Academy is the story of a super-dysfunctional family of superheroes who have eight days to get it together and save the world.

This concludes the list of the best sci-fi TV shows on Netflix you can watch right now. So, if you have watched them tell us in the comments and we will make a new list for you, and if you haven’t what are you waiting for.