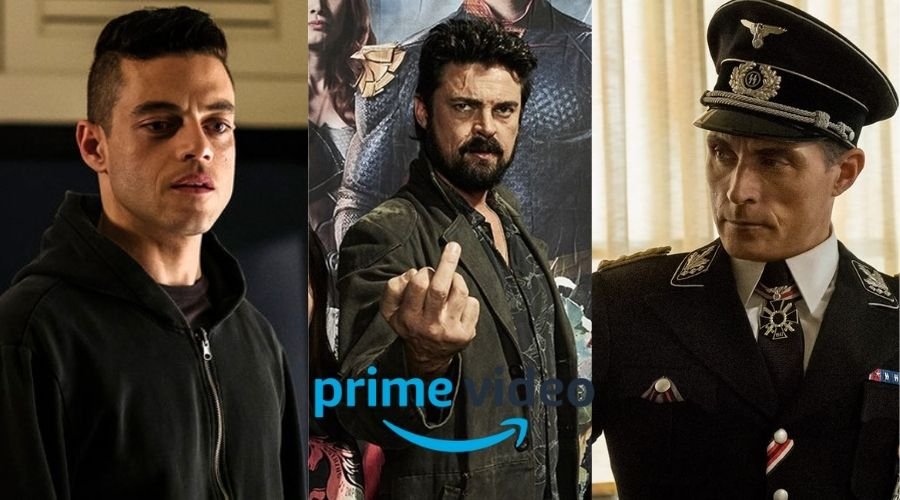 Science-fiction is one of the best genres in all of cinema. Sci-fi movies show what we can only imagine, and they blend many genres like action, romance, and mystery in them and make a very great cinematic experience. So, we made a list of the best sci-fi TV shows on Amazon Prime Video you can watch right now.

Synopsis: When the conspiracy in the elusive comic Utopia is real, a group of young fans come together to embark on a high-stakes twisted adventure to use what they uncover to save themselves, each other, and ultimately humanity. Starring John Cusack, Rainn Wilson, and Sasha Lane.

Synopsis: Set in the year 2199, a young woman who has lost everything finds a new life at Earth’s Space Training Academy where she learns to defend the galaxy from intergalactic threats.

Synopsis: BrainDead is a comic-thriller set in the world of Washington, D.C., politics that follows Laurel, a young, fresh-faced Hill staffer who discovers two things: the government has stopped working, and bugs are eating the brains of Congress members and Hill staffers.

Synopsis: Contiuum is a police drama starring Rachel Nichols as Kiera Cameron, a cop from the future who finds herself trapped in the present day. When a group of fanatical terrorists escapes their planned execution in the year 2077 by vaulting back in time to 2012, they inadvertently sweep dedicated City Protective Services officer, Kiera, along with them. With unexpected assistance from teen tech genius Alec Sadler, Kiera infiltrates the local police department and forms an uneasy alliance with her new partner, detective Carlos Fonnegra. Though desperate to get back to her husband and son, Kiera concentrates on bringing down the terrorists before they can change the course of history forever.

Synopsis: In the near future, people’s minds are connected to The Feed, giving them instant connectivity. When something or someone invades it, everyone is at risk.

Synopsis: In the year 2046, it’s a new Earth – with new rules. Over thirty years after various alien races arrived on Earth, the landscape is completely altered, terraformed nearly beyond recognition. To the town of Defiance, on what used to be St. Louis, comes the mysterious Nolan (Grant Bowler) and his charge, Irisa (Stephanie Leonidas).

Synopsis: From Greg Daniels (The Office, Parks and Recreation) comes Upload, a new sci-fi comedy. In the near future, people who are near death can be “uploaded” into virtual reality environments. Cash-strapped Nora works customer service for the luxurious “Lakeview” digital afterlife. When party-boy/coder Nathan’s car crashes, his girlfriend uploads him into Nora’s VR world.

Synopsis: Christopher Eccleston’s Doctor is wise and funny, cheeky and brave. A loner, his detached logic gives him a vital edge when the world’s in danger. But when it comes to relationships, he can be found wanting. That’s why he needs Rose. From the moment they meet, the Doctor and Rose are soulmates.

Tales From The Loop

Synopsis: Inspired by the wondrous paintings of Simon Stålenhag, Tales from the Loop explores the mind-bending adventures of the people who live above the Loop, a machine built to unlock and explore the mysteries of the universe – making things previously relegated to science fiction, possible.

Synopsis: Star Trek: Picard features Sir Patrick Stewart reprising his iconic role as Jean-Luc Picard, which he played for seven seasons on Star Trek: The Next Generation. The new series will follow this iconic character into the next chapter of his life.

Synopsis: A newly hired Sheriff reports for duty in the small, bucolic Pacific Northwest town of Eureka and soon discovers that it is not what it seems. For years, the government has been relocating the world’s geniuses (and their families) to this small town, creating the ultimate think-tank community in which strange, amazing, and bizarre things happen as the quirky inhabitants unleash scientific & technological creations still unknown by the outside world.

Synopsis: In a parallel present where the latest must-have gadget for any busy family is a ‘Synth’ – a highly-developed robotic servant that’s so similar to a real human it’s transforming the way we live.

Synopsis: UNDONE is a half-hour, genre-bending, animated series that explores the elastic nature of reality through its central character Alma, a twenty-eight-year-old living in San Antonio, Texas. After getting into a car accident and nearly dying, Alma finds she has a new relationship to time. She develops this new ability in order to find out the truth about her father’s death.

Synopsis: Based on Philip K. Dick’s award-winning novel, and executive produced by Ridley Scott (Blade Runner), and Frank Spotnitz (The X-Files), The Man in the High Castle explores what it would be like if the Allied Powers had lost WWII, and Japan and Germany ruled the United States. Starring Rufus Sewell (John Adams), Luke Kleintank (Pretty Little Liars), and Alexa Davalos (Mob City).

This concludes the list of the best sci-fi TV shows on Amazon Prime Video you can watch right now. So, if you have watched them tell us in the comments and we will make a new list for you, and if you haven’t what are you waiting for.