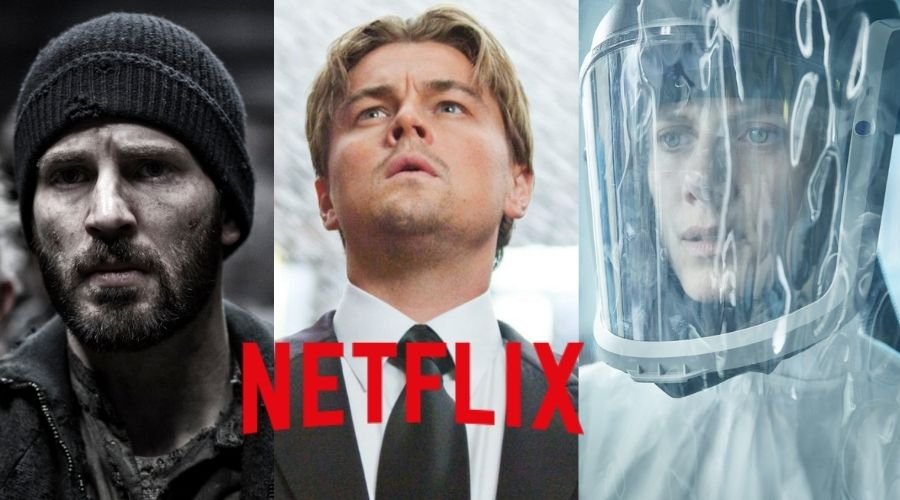 Science-fiction is one of the best genres in all of cinema. Sci-fi movies show what we can only imagine, and they blend many genres like action, romance, and mystery in them and make a very great cinematic experience. So, we made a list of the best sci-fi movies on Netflix you can watch right now.

Synopsis: A post-apocalyptic ice age forces humanity’s last survivors aboard a globe-spanning super train. One man (Chris Evans) will risk everything to lead a revolt for control of the engine and the future of the world.

Synopsis: In the sci-fi thriller Midnight Special, writer/director Jeff Nichols proves again that he is one of the most compelling storytellers of our time, as a father (Michael Shannon), goes on the run to protect his young son, Alton (Jaeden Lieberher), and uncover the truth behind the boy’s special powers. What starts as a race from religious extremists and local law enforcement quickly escalates to a nationwide manhunt involving the highest levels of the Federal Government. Ultimately his father risks everything to protect Alton and help fulfill a destiny that could change the world forever, in this genre–defying film as supernatural as it is intimately human.

Synopsis: Kept locked inside the house by her father, 7-year-old Chloe lives in fear and fascination of the outside world, where Abnormals create a constant threat – or so she believes. When a mysterious stranger offers her a glimpse of what’s really happening outside, Chloe soon finds that while the truth isn’t so simple, the danger is very real.

Synopsis: After waking up in a cryogenic unit, Liz fights to survive and remember who she is before her oxygen runs out.

Synopsis: Sarah Connor’s ordeal is only just beginning as she struggles to protect her son John, the future leader of the human resistance against the machines, from a new Terminator, sent back in time to eliminate John Connor while he’s still a child. The human resistance have managed to send them an ally, a warrior from the future ordered to protect John Connor at any cost.

Synopsis: From Dreamworks Studios, a gritty, white-knuckle, action ride set in the near-future where the sport of boxing has gone high-tech, “Real Steel” stars Hugh Jackman as Charlie Kenton, a washed-up fighter who lost his chance at a title when 2000-pound, 8-foot-tall steel robots took over the ring. Now nothing but a small-time promoter, Charlie earns just enough money piecing together low-end bots from scrap metal to get from one underground boxing venue to the next. When Charlie hits rock bottom, he reluctantly teams up with his estranged son Max (Dakota Goyo) to build and train a championship contender. As the stakes in the brutal, no-holds-barred arena are raised, Charlie and Max, against all odds, get one last shot at a comeback.

In the Shadow of the Moon

Synopsis: In 1988, Philadelphia police officer Thomas Lockhart (Boyd Holbrook), hungry to become a detective, begins tracking a serial killer who mysteriously resurfaces every nine years. But when the killer’s crimes begin to defy all scientific explanation, Lock’s obsession with finding the truth threatens to destroy his career, his family, and possibly his sanity. Directed by Jim Mickle and also starring Michael C. Hall and Cleopatra Coleman, IN THE SHADOW OF THE MOON is a genre-blending psychological thriller that examines the power of time, and how its passing can either bring us together or tear us apart.

Synopsis: Tilda Swinton, Jake Gyllenhaal and Paul Dano star in this drama about a girl who must keep a powerful company from abducting her pal, a gentle beast

Synopsis: Researchers on the undersea lab Aquatica have genetically altered the brains of captive sharks to develop a cure for Alzheimer’s disease. But there’s an unexpected side effect: the critters got smarter… and meaner. After a big storm damages their remote research facility, they must fight for their lives as the sharks hunt them down, one by one.

Synopsis: When the population of Los Angeles is vacuumed off the face of the earth, Detective Mark Corley (Frank Grillo) storms his way onto an alien ship to rescue his estranged son. But after crashing the ship in Southeast Asia, he must forge an alliance with a band of survivors to discover the key to saving his son and taking back the planet once and for all.

This concludes the list of the best sci-fi movies on Netflix you can watch right now. So, if you have watched them tell us in the comments and we will make a new list for you, and if you haven’t what are you waiting for.