Matrix is undoubtedly one of the best sci-fi movies and it inspired many movies with its action scenes and its brilliant concept, and now Matrix 4 is coming out next month with the original stars Keanu Reeves and Carrie-Anne Moss reprising their roles. So, until you wait for The Matrix Resurrections to come on HBO Max and in theaters on October 22, you can watch these 10 sci-fi movies like Matrix.

Synopsis: When mysterious spacecrafts touch down across the globe, an elite team – lead by expert linguist Louise Banks (Amy Adams) – is brought together to investigate. As mankind teeters on the verge of global war, Banks and the team race against time for answers – and to find them, she will take a chance that could threaten her life, and quite possibly humanity.

Synopsis: No children. No future. No hope. In the year 2027, eighteen years since the last baby was born, disillusioned Theo (Clive Owen) becomes an unlikely champion of the human race when he is asked by his former lover (Julianne Moore) to escort a young pregnant woman out of the country as quickly as possible. In a thrilling race against time, Theo will risk everything to deliver the miracle the whole world has been waiting for. Co-starring Michael Caine, filmmaker Alfonso Cuaron’s Children of Men “Lifts you to the rafters, transporting you with the greatness of its filmmaking. The action is swift, ferocious and spectacularly choreographed.” (The New York Times)

Synopsis: A biologist and former solider (Natalie Portman) must lead a mission into a mysterious quarantine zone known as The Shimmer, a beautiful but deadly world of mutated landscapes and creatures that threatens all life on Earth. Also starring Oscar Isaac.

Ghost in the Shell

Synopsis: In the year 2029, the world has become interconnected by a vast electronic network that permeates every aspect of life. That same network also becomes a battelfield for Tokyo’s Section Nine security force, which has been charged with apprehending the master hacker known only as the Puppet Master. Spearheading the investigation is Major Motoko Kusanagi, who – like many in her department – is a cyborg officer, far more powerful than her human appearance would suggest. And yet as the Puppet Master, who is even capable of hacking human minds, leaves a trail of victims robbed of their memories. Motoko begins to ponder the very nature of her existence: is she purely an artificial construct, or is there more? What, exactly, is the “ghost” – her essence – in her cybernetic “shell”?

Synopsis: Minority Report is about a cop in the future working in a division of the police department that arrests killers before they commit the crimes courtesy of some future viewing technology. Cruise’s character has the tables turned on him when he is accused of a future crime and must find out what brought it about and stop it before it can happen.

Eternal Sunshine of the Spotless Mind

Synopsis: In the futuristic year of 2019, Los Angeles has become a dark and depressing metropolis, filled with urban decay. Rick Deckard, an ex-cop, is a “Blade Runner”. Blade runners are people assigned to assassinate “replicants”. The replicants are androids that look like real human beings. When four replicants commit a bloody mutiny on the Off World colony, Deckard is called out of retirement to track down the androids. As he tracks the replicants, eliminating them one by one, he soon comes across another replicant, Rachel, who evokes human emotion, despite the fact that she’s a replicant herself. As Deckard closes in on the leader of the replicant group, his true hatred toward artificial intelligence makes him question his own identity in this future world, including what’s human and what’s not human.

This concludes the list of the best movies like ‘Matrix’ you should watch. If you have watched them all tell us in the comments we will make a new list for you and if you haven’t, What are you waiting for? Check out the trailer for The Matrix Resurrections below: 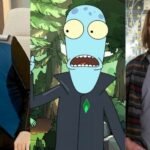 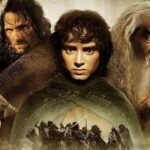