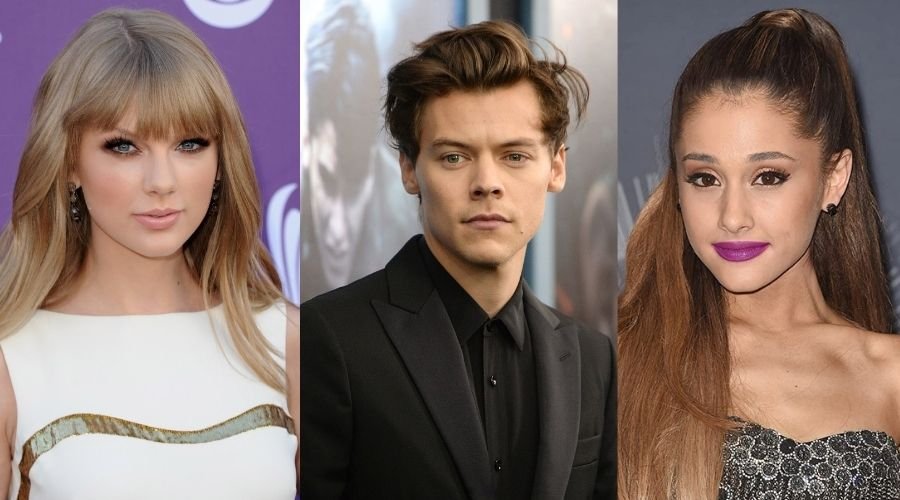 Pop stars have always been on our Spotify playlist, but now they are coming to the big screen with movies like Camila Cabello’s Cinderella. So, these are the best pop stars’ upcoming movies:

House of Gucci is inspired by the shocking true story of the family empire behind the Italian fashion house of Gucci. Spanning three decades of love, betrayal, decadence, revenge, and ultimately murder, we see what a name means, what it’s worth, and how far a family will go for control. Gaga previously appeared in the film A Star Is Born directed by Bradley Cooper.

Ariana Grande will be in Netflix’s upcoming disaster comedy film Don’t Look Up which will focus on two astronauts, who try to warn everyone that an asteroid will destroy the Earth in a span of six months. She will be joining Hollywood’s A-listers which include Leonardo DiCaprio, Jennifer Lawrence, and Timothée Chalamet.

Harry Styles will appear in Olivia Wilde‘s second film as a director named Don’t Worry Darling. The film is a thriller and it is set in a 1950s utopian society and Styles will play the role of Jack, Alice’s (Florence Pugh) charming and mysterious husband who hides a “dark secret”. The production of the film wrapped up in February of this year. Styles has previously worked in the Christopher Nolan film Dunkirk.

In addition to Don’t Worry Darling, Styles will also be starring in the lead role in the Amazon Prime adaptation of My Policeman and it will be set in the 1950s, the film focuses on a love triangle between a policeman named Tom, and his two love interests named Marion (Emma Corrin) and Patrick (David Dawson). The film finished production in June of this year.

The British pop artist Dua Lipa will be making her debut in Hollywood with Matthew Vaughn‘s spy thriller film Argylle. The film is based on an upcoming book by Ellie Conway and it stars Henry Cavill, Catherine O’Hara, Sam Rockwell, John Cena, Bryce Dallas Howard, and Samuel L. Jackson. There have been no announcements on the release date yet.

Taylor Swift will be joining David O. Russel‘s upcoming project for which the title has not been revealed yet. Even though we don’t know the title we have the names whom Swift will be joining in the upcoming film and those Margot Robbie, John David Washington, Christian Bale, Rami Malek, Zoe Saldaña, Anya Taylor-Joy, Chris Rock, Mike Myers, Robert De Niro, and many more! Swift has previously appeared in films like Gary Marshall‘s Valentine’s Day and the film adaptation of the musical Cats.

Nick Jonas has joined the cast of the upcoming musical film named Jersey Boys in which he will play himself, as was confirmed during The Today Show. Most of the details haven’t been made public yet but we do know that the film will skip theaters and go straight to streaming. Jonas recently appeared in the film Chaos Walking with Tom Holland and Daisy Ridley.

Selena Gomez will be starring in a psychological thriller named Spiral, which follows an influencer who is addicted to social media and it causes her body to deteriorate. Gomez recently appeared in Hulu’s comedy-thriller series Only Murders in the Building alongside Steve Martin and Martin Short.

In the Shadow of the Mountain (Selena Gomez)

Selena Gomez will also be producing and leading the cast of Elgin James‘ upcoming film In the Shadow of the Mountain. The film is a biopic of Silvia Vasquez Lavado, a survivor of sexual abuse who found hope to carry on in her life through mountaineering.

This concludes the list of best pop stars’ upcoming movies. So, tell us which pop star film are you most excited to watch.