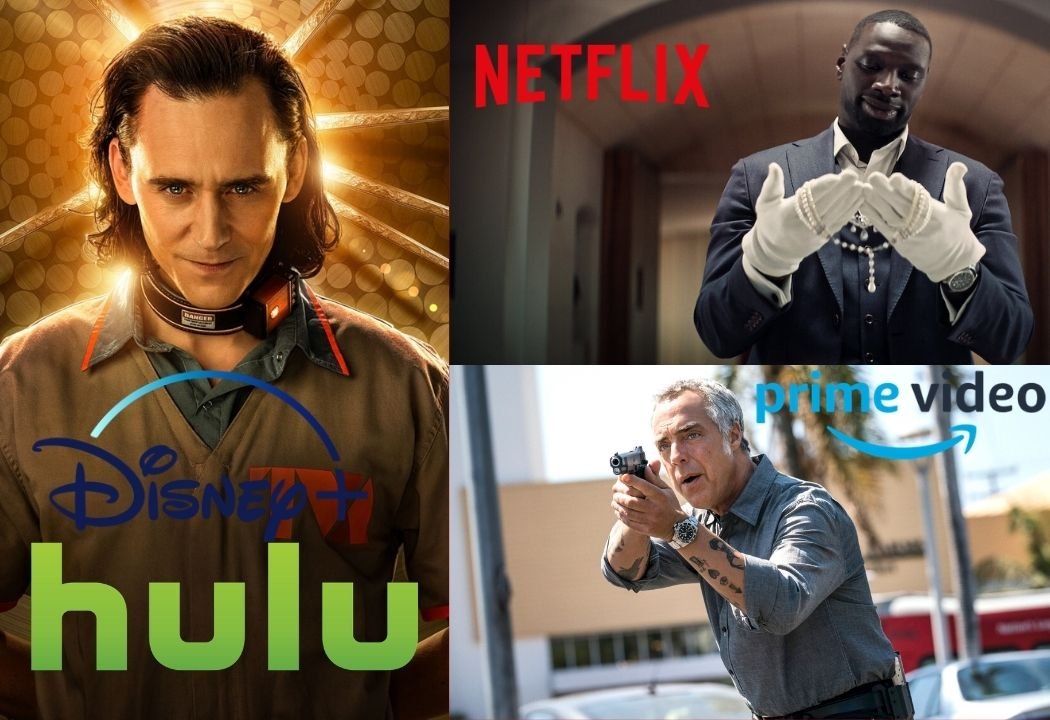 The official synopsis for “Sweet Tooth” is:

On a perilous adventure across a post-apocalyptic world, a lovable boy who’s half-human and half-deer searches for a new beginning with a gruff protector.

The official synopsis for “Lupin Season 2” is:

Assane’s quest for revenge against Hubert Pellegrini has torn his family to pieces. With his back to the wall, he now has to think of a new plan, even if it means putting himself in danger.

The official synopsis for “Trese” is:

When it comes to the supernatural, the cops have Alexanda Trese on speed dial. Set in Manila and based on the award-winning Filipino comic, TRESE brings horror folklore like you’ve never heard before.

The official synopsis for “This is Pop” is:

Introducing This Is Pop, an exploration into 70 years of pop music, from its many disputed origins to its coming of age as a global cultural behemoth. 8 unique documentary films that reveal why we’re hooked on pop.

The official synopsis for “The Naked Director Season 2” is:

Takayuki Yamada stars in the story of the chaotic life of Toru Muranishi–a pioneer of prohibited broadcasting and a favorite son of the era–and his companions.

The official synopsis for “Godzilla Singular Point” is:

Brought together by a mysterious song, a grad student and an engineer lead the fight against an unimaginable force that may spell doom for the world.

The official synopsis for “The Seven Deadly Sins: Dragon’s Judgement” is:

When a kingdom is taken over by tyrants, the deposed princess begins a quest to find a disbanded group of evil knights to help take back her realm.

The official synopsis for “Love, Victor” is:

Set in the world of the original 2018 film “Love, Simon,” the series follows Victor, a new student at Creekwood High School on his own journey of self-discovery, facing challenges at home, adjusting to a new city, and struggling with his sexual orientation. When it all seems too much, he reaches out to Simon to help him navigate the ups and downs of high school.

The synopsis for “Dave Season 2” is:

As we know that Dave is loosely based on the life and rap career of Dave Burd aka Lil Dicky, the first season of the series left us right after Dave earns Charlamagne’s approval after free-style rapping on his radio show The Breakfast Club, with eight million listeners tuned in.

The official synopsis for “Dom” is:

Dom tells the story of Pedro, a handsome boy from Rio de Janeiro’s middle class who is introduced to cocaine in his teen years, putting him on the path to becoming the leader of a criminal gang that dominated the tabloids in Rio in the early 2000s: Pedro Dom. Shifting between action, adventure and drama, Dom also follows Pedro’s father Victor Dantas, who as a teenager, makes a discovery at the bottom of the sea, reports it to the authorities and ends up joining the police intelligence service. The series shows the journey of father and son living opposite lives, often mirroring and complementing each other, while both confront situations which blur the lines between right and wrong.

The official synopsis for “Flack” is:

Bad Behavior. Great Publicists. Ever wonder what the real story is behind those celebrity gossip columns? Flack has all the dirt. Four quick-witted and relentless flackers led by Robyn, played by Academy Award Winner Anna Paquin, are tasked to make the best of their celebrity client’s terrible decisions. Will their ability to clean up their client’s lives translate to their own?

The synopsis for “Bosch Season 7” is:

Michael Connelly confirmed that the seventh season will focus on his The Burning Room, which is based on a real case. In the Novel Bosch investigates a case in which a man dies from being shot by a stray bullet ten years prior, while also looking into a case that killed children in a fire from 20 years ago.

The official synopsis for “Loki” is:

Marvel Studios’ “Loki” features the God of Mischief as he steps out of his brother’s shadow in a new Disney+ series that takes place after the events of “Avengers: Endgame.” Tom Hiddleston returns as the title character, joined by Owen Wilson, Gugu Mbatha-Raw, Sophia Di Martino, Wunmi Mosaku and Richard E. Grant. Kate Herron directs “Loki,” and Michael Waldron is head writer.

The official synopsis for “The Mysterious Benedict Society” is:

After winning a scholarship competition, four gifted orphans are recruited by the peculiar Mr. Benedict for a dangerous mission to the save the world from a global crisis known as The Emergency. Reynie, Sticky, Kate, and Constance must infiltarte the mysterious L.I.V.E. Institute to discover the truth behind the crisis. When the headmaster, the sophisticated Dr. Curtain, appears to be behind this worldwide panic, the kids of The Mysterious Benedict Society must devise a plan to defeat him.

The official synopsis for “We Are Lady Parts” is:

“We Are Lady Parts” is an anarchic and irreverent music comedy following a Muslim female punk band – called Lady Parts – who are on a mission to find a lead guitarist and maybe, just maybe, get a proper gig. The music comedy series shows the highs and lows of the band as seen through the eyes of Amina Hussein – a geeky microbiology PhD student, who is recruited to be their unlikely lead guitarist. Amina has never, ever met girls like this before, and soon gets swept up in their joyful, anarchic energy and punk spirit. Will she be the key to the band’s success? And – will she finally find a husband?

This concludes this list of best new TV shows coming to streaming services in June 2021 for now, but keep in mind this is not a completed list because as soon as there is a new announcement on new TV shows we will update the list. So, tell us in the comments which TV series are you most excited about?