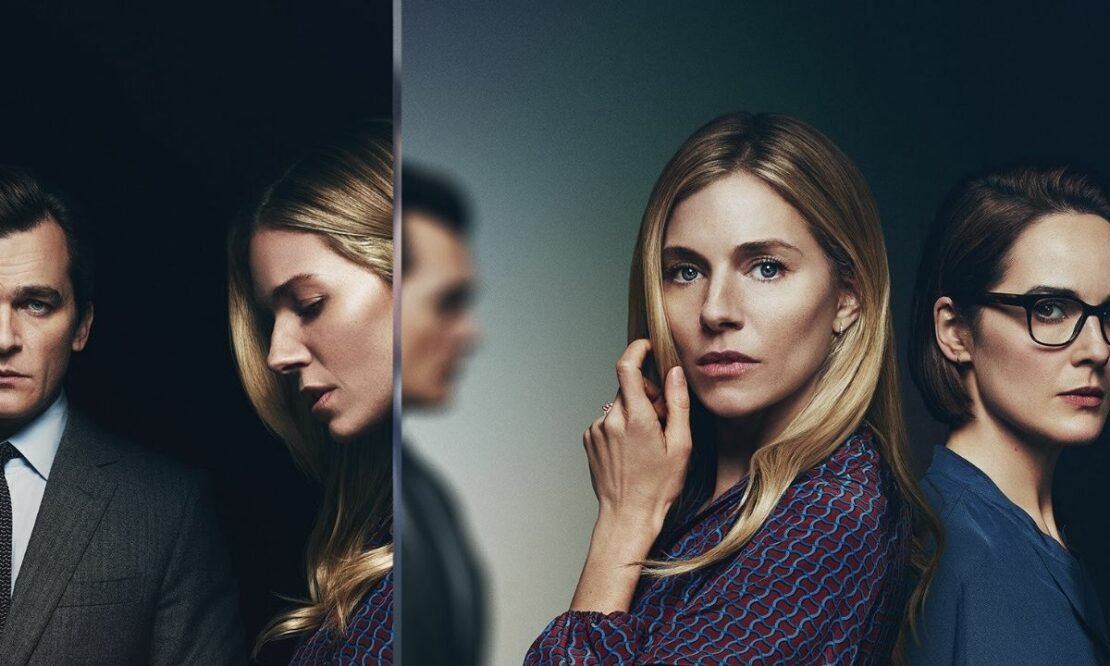 Synopsis: The second season picks up six months after the events of Season 1, building on the mystery and drama of the inaugural season and welcoming new friends and suspects. In Season 2, when a Bridgeport classmate mysteriously disappears, Frank (Rohan Campbell) and Joe Hardy (Alexander Elliot) drop their new normal routine to get back to detective work. But when they discover the mystical relic they destroyed last year is still in play, it becomes clear their simple missing person case is actually part of something far more sinister. The Hardy boys and their friends must quickly learn who they can and can’t trust as they race against time to unravel the truth, and ultimately realize that no one is safe from their past.

Synopsis: Jake Adelstein is the first and only Western reporter ever to write for a Japanese newspaper. Based on his memoir, TOKYO VICE is Jake’s (Elgort) daily descent into the neon soaked underbelly of Tokyo, where he embeds himself into the police squad and becomes enmeshed in the hidden, complex and corrupted cultures of the city’s vice cops and the criminal underworld. Tokyo Vice takes us deep into a series of overlapping worlds, where no one and nothing is who or what they seem.

Synopsis: A new season is coming ahead at Las Encinas with so many businesses to attend. After Phillipe’s fateful New Year’s party and Guzman’s runaway, the secret about Armando’s death could destroy the love story between Samuel and Ari. Meanwhile, Rebeca is going through a process of self-discovery, while Omar is recovering from his separation from Ander; in addition, the appearance of Adam Nourou, winner of the Goya for Best New Actor for the film Adú, who will play Bilal, will complicate his relationship with Samuel. Phillipe’s confession of abuse, Patrick’s anger issues, Benjamin’s revenge desires, a present from Armando to Mencia that could destroy “the benjamins”, a pact of silence between Samuel and Rebecca that doesn’t last long, bringing the worst consequences. A minefield where two fresh new students arrive: Isadora, Valentina Zenere (Cable Girls), the young heiress of a huge nightlife business empire, and Iván, André Lamoglia (Juacas), son of the world’s biggest soccer star. Of course, neither of them will be unnoticed.

Synopsis: Cartoonist Keef Knight is now a popular activist on the rise, but he’s facing a world where “woke” has become big business. Can Keef and his friends bring about real change, or is it just about the dollar$? And can Keef navigate this new world without destroying what he’s become? Inspired by the life and work of artist Keith Knight, “Woke” continues to upend Black nerd and activist culture, deftly satirizing with a wink and a smile.

Synopsis: Killing It is a comedy about class, capitalism and one man’s quest to achieve the American dream. And also about hunting really big snakes.

Anatomy of a Scandal (Netflix)

Synopsis: Outer Range centers on Royal Abbott (Josh Brolin), a rancher fighting for his land and family, who discovers an unfathomable mystery at the edge of Wyoming’s wilderness. A thrilling fable with hints of wry humor and supernatural mystery, Outer Range examines how we grapple with the unknown. At the onset of the series, the Abbotts are coping with the disappearance of daughter-in-law Rebecca. They are pushed further to the brink when the Tillersons (the gaudy owners of the neighboring profit-driven ranch) make a play for their land. An untimely death in the community sets off a chain of tension-filled events, and seemingly small-town, soil-bound troubles come to a head with the arrival of a mysterious black void in the Abbotts’ west pasture. Wild revelations unfold as Royal fights to protect his family; through his eyes, we begin to see how time contains secrets held in the past and unsettling mysteries foreshadowed.

Synopsis: Set four years after Nadia (Natasha Lyonne) and Alan (Charlie Barnett) escaped mortality’s time loop together, season two of Russian Doll will continue to explore existential thematics through an often humorous and sci-fi lens. Discovering a fate even worse than endless death, this season finds Nadia and Alan delving deeper into their pasts through an unexpected time portal located in one of Manhattan’s most notorious locations. At first they experience this as an ever-expanding, era-spanning, intergenerational adventure but they soon discover this extraordinary event might be more than they bargained for and, together, must search for a way out.

We Own This City (HBO Max)

Also Read: Everything New Coming to Paramount+ in April 2022

Made For Love Season 2 (HBO Max)

Synopsis: Seven years ago, Grace and Frankie’s lives turned upside down when their longtime husbands left them for… each other. Both sparring partners and partners-in-crime, Grace and Frankie formed an unlikely and unbreakable bond as they faced uncertain futures head-on, and hand-in-hand. They’ve laughed together, cried together, did shrooms together, and twice-over became successful entrepreneurs together. A history-making 94 episodes later, Grace and Frankie continue to show themselves, their families, and their fans what it means to live life to the fullest, fearlessly and unapologetically. Here’s to seven seasons of laughs, tears, mood-enhancers, and good vibes. And, as Grace and Frankie would say, fuck it. This may be their final chapter, but they’re just getting started.

Synopsis: Marty and Wendy are rid of Helen and climb to the top of Navarro’s empire. They find another opportunity to get out of the Ozarks but some past sins won’t stay buried and the most dangerous threats come from blood.

Synopsis: Based on Lauren Beukes’ best-selling novel, “Shining Girls” follows Kirby Mazrachi (Moss) as a Chicago newspaper archivist whose journalistic ambitions were put on hold after enduring a traumatic assault. When Kirby learns that a recent murder mirrors her own case, she partners with seasoned, yet troubled reporter Dan Velazquez (played by Wagner Moura), to uncover her attacker’s identity. As they realize these cold cases are inextricably linked, their own personal traumas and Kirby’s blurred reality allow her assailant to remain one step ahead. In addition to Moss and Moura, the gripping drama stars Phillipa Soo, Amy Brenneman and Jamie Bell.