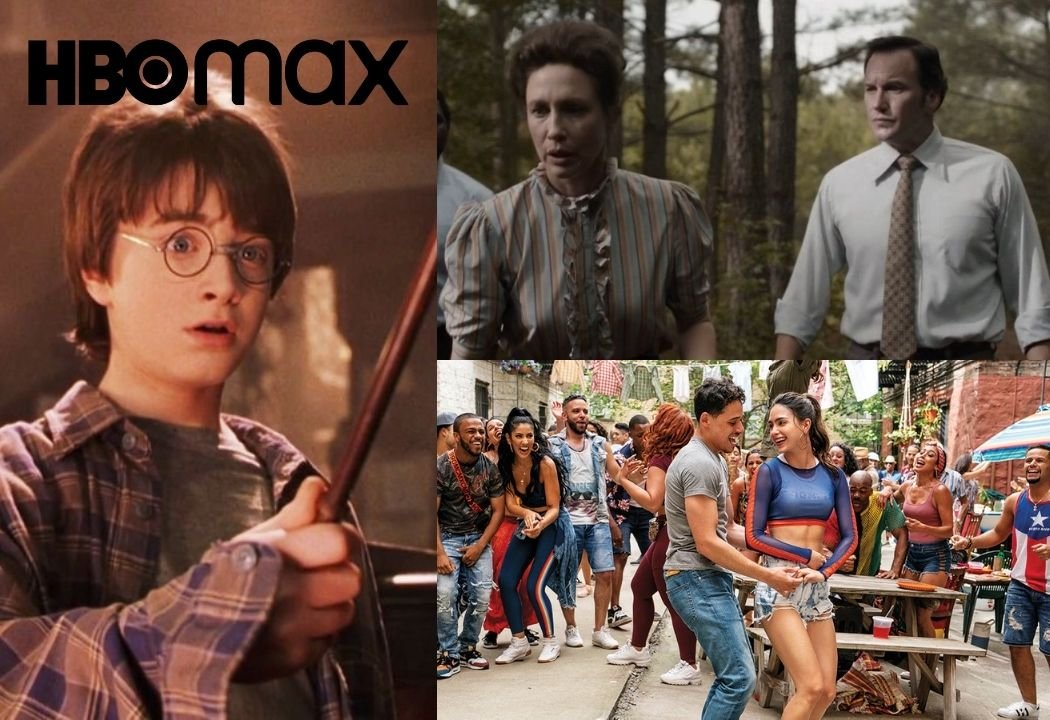 HBO Max easily has one of the best collections of movies on streaming, but there are a lot of movies to choose from so if you want to skip the headache of what to watch next, we have a list of the best movies which will start airing on HBO Max in June 2021.

HBO Max is bringing you the next chapter of one of the most beloved horror film franchises, The Conjuring: The Devil Made Me Do It, which will stream on HBO Max on June 4, and also will be simultaneously released in theaters the same day.

The official synopsis for “The American President” is:

The official synopsis for “The Conjuring 2” is:

The supernatural thriller brings to the screen another real case from the files of renowned demonologists Ed and Lorraine Warren. Reprising their roles, Oscar nominee Vera Farmiga and Patrick Wilson star as Lorraine and Ed Warren, who, in one of their most terrifying paranormal investigations, travel to north London to help a single mother raising four children alone in a house plagued by malicious spirits.​

The official synopsis for “Dr. Strangelove” is:

This is the saga of two psychotic generals: Joint Chief of Staff “Buck” Turgidson and Air Force Strategic Commander Jack Ripper, who orders a bomber squadron to attack the USSR, triggering a Soviet secret weapon, the “Doomsday Machine”, a diabolical retaliatory missile system.

The official synopsis for “Eyes Wide Shut” is:

Tom Cruise and Nicole Kidman star as a married couple entangled in an intricate web of jealousy and sexual obsession in Stanley Kubrick’s final cinematic offering. At a Christmas party hosted by wealthy, unconventional Victor Ziegler (Sydney Pollack), provocative advances and innocent flirtations arouse suspicion as high-society physician Dr. William Harford (Cruise) and his sexy wife, Alice (Kidman) watch each other from a distance. Alone later, this seemingly perfect couple confront their intimate sexual fantasies–which don’t include each other. Caught between reality and illusion, jealousy and obsession, William struggles with his inner urges. Will he act on his erotic fantasies or keep them hidden deep inside? Sometimes a man can see more clearly with his Eyes Wide Shut.

The official synopsis for “Jerry Maguire” is:

Tom Cruise gives his best performance to date (Neil Rosen, NY-1) as a sports agent who suddenly discovers his scruples and promptly loses his job. But with the help of one loyal colleague and one outrageous client, JERRY MAGUIRE learns that loving well is the best revenge. A sweetheart of a romantic comedy (Peter Travers, ROLLING STONE) co-starring Cuba Gooding, Jr., Renee Zellweger, Regina King and Bonnie Hunt.

The official synopsis for “Kung Fu Hustle” is:

In a town ruled by the Axe Gang, Sing desperately wants to become a member. He stumbles into a slum ruled by eccentric landlords who turn out to be kung fu masters in disguise. Sing’s actions eventually cause the Axe Gang and the slumlords to engage in an explosive kung fu battle. Only one side will win and only one hero will emerge as the greatest kung fu master of all.

The official synopsis for “Shazam!” is:

We all have a superhero inside us, it just takes a bit of magic to bring it out. In Billy Batson’s (Angel) case, by shouting out one word—SHAZAM!—this streetwise 14-year-old foster kid can turn into the adult Super Hero Shazam (Levi), courtesy of an ancient wizard. Still a kid at heart—inside a ripped, godlike body—Shazam revels in this adult version of himself by doing what any teen would do with superpowers: have fun with them! Can he fly? Does he have X-ray vision? Can he shoot lightning out of his hands? Can he skip his social studies test? Shazam sets out to test the limits of his abilities with the joyful recklessness of a child. But he’ll need to master these powers quickly in order to fight the deadly forces of evil controlled by Dr. Thaddeus Sivana (Strong).

The official synopsis for “Sherlock Holmes” is:

From director Guy Ritchie (Rocknrolla, Lock, Stock and Two Smoking Barrels) comes a fresh take on the classic master detective Sherlock Holmes starring Robert Downey Jr., Jude Law and Rachel McAdams. Renowned “consulting detective” Sherlock Holmes (Downey Jr.–Iron Man) has a reputation for solving the most complex mysteries. With the aid of his trusted ally Dr. John Watson (Law–The Aviator), Holmes is unequaled in his pursuit of criminals, relying on his singular powers of observation, his remarkable deductive skills — and the blunt force of his fists. But now a threat unlike anything Holmes has ever confronted threatens London … and it’s just the challenge he’s looking for.​

The Conjuring: The Devil Made Me Do It (Premiere)

The official synopsis for “The Conjuring: The Devil Made Me Do It” is:

The Conjuring: The Devil Made Me Do It” reveals a chilling story of terror, murder and unknown evil that shocked even experienced real-life paranormal investigators Ed and Lorraine Warren. One of the most sensational cases from their files, it starts with a fight for the soul of a young boy, then takes them beyond anything they’d ever seen before, to mark the first time in U.S. history that a murder suspect would claim demonic possession as a defense.

In The Heights (Premiere)

The official synopsis for “In The Heights” is:

Lights up on Washington Heights…The scent of a cafecito caliente hangs in the air just outside of the 181st Street subway stop, where a kaleidoscope of dreams rallies this vibrant and tight-knit community. At the intersection of it all is the likeable, magnetic bodega owner Usnavi (Anthony Ramos), who saves every penny from his daily grind as he hopes, imagines and sings about a better life.

The official synopsis for “The 40-Year-Old Virgin” is:

At age 40, there’s one thing Andy hasn’t done, and it’s really bothering the sex-obsessed guys at work, who set out to help him get laid.

This concludes the list of best new movies to watch on HBO Max in June 2021, so tell us in the comments which movie are you waiting for the most.