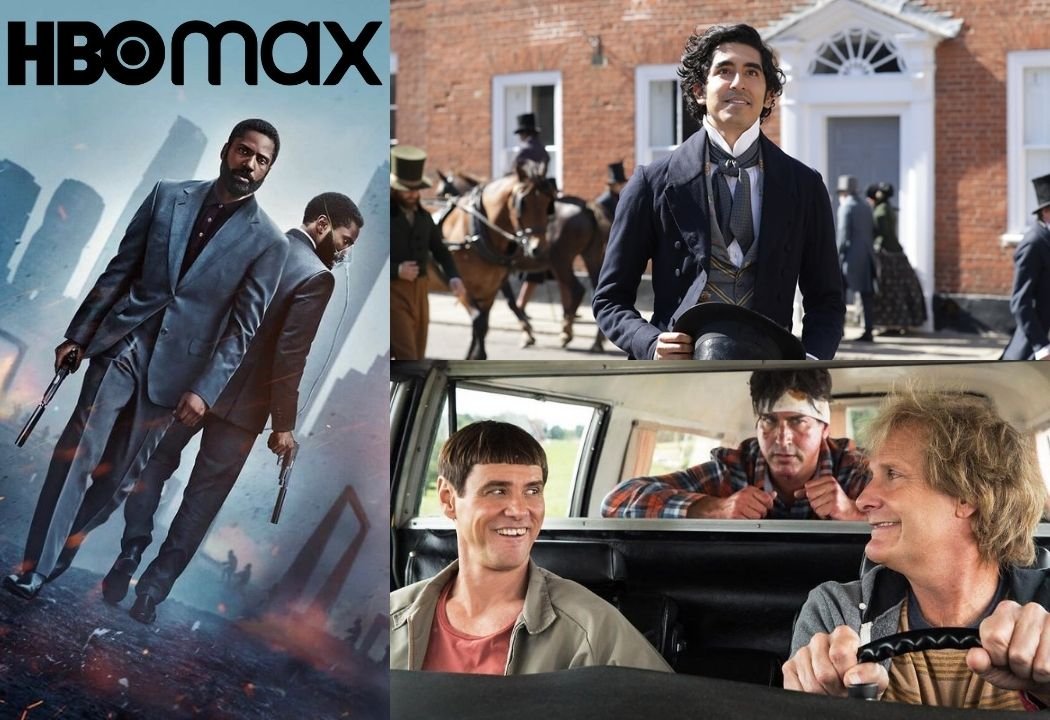 HBO Max easily has one of the best collections of movies on streaming, but there are a lot of movies to choose from so if you want to skip the headache of what to watch next, we have a list of best movies to watch on HBO Max in May 2021.

The Personal History of David Copperfield (2019)

The official synopsis for The Personal History of David Copperfield is:

An avid Dickens fan, Armando Iannucci (the award-winning writer/director of The Thick of It, In the Loop, Veep and The Death of Stalin) adapts here, alongside frequent collaborator Simon Blackwell, employing his comedic mastery and vivid characterizations to bring to life one of Dickens’ most cherished characters in THE PERSONAL HISTORY OF DAVID COPPERFIELD. From birth to infancy, from adolescence to adulthood, the good-hearted David Copperfield is surrounded by kindness, wickedness, poverty and wealth, as he meets an array of remarkable characters in Victorian England. As David sets out to be a writer, in his quest for family, friendship, romance and status, the story of his life is the most seductive tale of all.

The official synopsis for Dumb and Dumber is:

The official synopsis for Magic Mike is:

Let’s hear it for the boys! Matthew McConaughey, Channing Tatum (Step Up) and Alex Pettyfer (I Am Number Four) star in this revealing drama set in the world of exotic male dancing. Tatum plays Magic Mike, a womanizing hustler with an entrepreneurial spirit who makes his living on the stage. When he takes on a protégé (Pettyfer) to instruct him in the fine art of hustling onstage and off, he finds himself falling for the newcomer’s sister (Cody Horn) — and questioning his life choices. Oscar® winner Steven Soderbergh (Sex, Lies & Videotape, Ocean’s Eleven films) directs an all-star cast that also includes White Collar’s Matt Bomer, True Blood’s Joe Manganiello, Olivia Munn and Matthew McConaughey as a former dancer and now owner of the club.

The official synopsis for Willy Wonka & the Chocolate Factory is:

Join the expedition visiting legendary Candy Man Willy Wonka (Gene Wilder) in a splendiferous movie that wondrously brings to screen the endlessly appetizing delights of Roald Dahl’s classic book. Coated with flavorful tunes and production design that constantly dazzles the eye, this effervescent musical never fails to enchant the young and old. On a whirlwind tour of Willy’s incredible, edible realm of chocolate waterfalls, elfish Oompa-Loompas and industrial-sized confections, a boy named Charlie (Peter Ostrum) will discover the sweetest secret of all: a generous, loving heart. And You’ll rediscover the timeless magic of a delicious family classic.

The official synopsis for Quentin Tarantino’s Jackie Brown is:

Jackie Brown (Pam Grier) supplements her meager income as a stewardess by smuggling cash into the U.S. for gunrunner Ordell Robbie (Samuel L. Jackson), until the day an ATF agent and an L.A. cop bust her at the airport. The cops pressure her to help them bring down Ordell, threatening prison if she refuses. With a sympathetic bail bondsman, Jackie arrives at a bold plan to play the opposing forces against each other. Ordell’s confederates, Louis Gara (Robert De Niro) and Melanie Ralston (Bridget Fonda) who have agendas of their own, complicate matters. By appearing to cooperate with both sides, Jackie attempts to outfox them both and walk away with a half million-dollar payday.

The official synopsis for The Immigrant is:

In James Gray’s THE IMMIGRANT, Ewa Cybulski (Marion Cotillard) and her sister sail to New York from their native Poland in search of a new start and the American dream. When they reach Ellis Island, doctors discover that Magda (Angela Sarafyan) is ill, and the two women are separated. Ewa is released onto the mean streets of Manhattan while her sister is quarantined. Alone, with nowhere to turn and desperate to reunite with Magda, Ewa quickly falls prey to Bruno (Joaquin Phoenix), a charming but wicked man who takes her in and forces her into prostitution. The arrival of Orlando (Jeremy Renner) – a dashing stage magician who is also Bruno’s cousin – restores her self-belief and hopes for a brighter future, becoming her only chance to escape the nightmare in which she finds herself.

The official synopsis for Christopher Nolan’s Tenet is:

Armed with only one word—Tenet—and fighting for the survival of the entire world, the Protagonist journeys through a twilight world of international espionage on a mission that will unfold in something beyond real time.

This concludes the list of the best new movies to watch on HBO Max in May 2021.