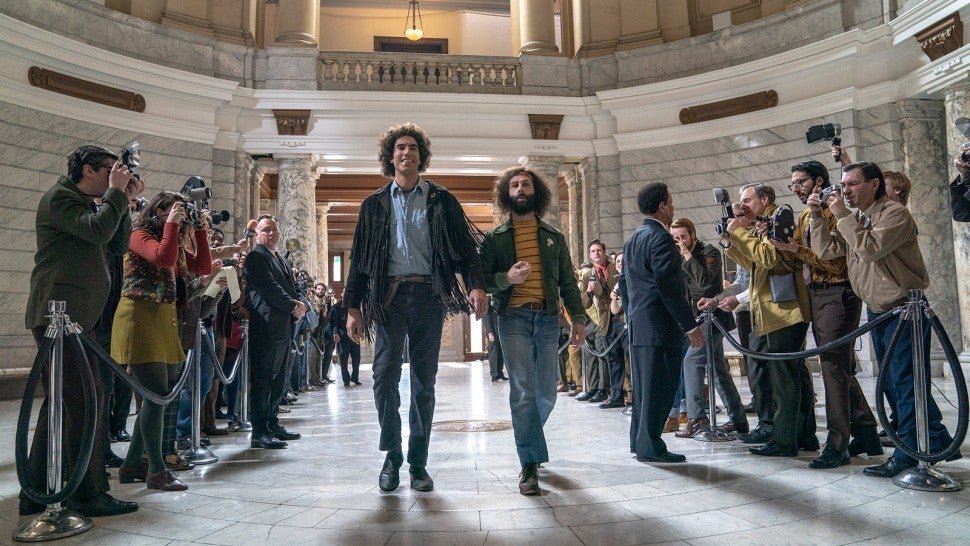 This year has been disastrous and we have all been sick of it, but the good news is it’s ending in just five days. So, we thought we should make a list of best Netflix original movies of 2020, so you can at least watch something good that came out of this year.

This list is not ranked, all of these movies are great and they are all worth your time.

The Devil All The Time

The Devil All The Time tells the story of an orphan named Arvin Russell (Tom Holland) and the people around him. Arvin Russell wants to be a good man even though sometimes he can’t control his violent tendencies because of some of the vile people in his life. The Devil All The Time is a really great film with some really great actors who will pull you into their world for all of the movie’s runtime.

The Trial Of The Chicago 7

My favorite movie of this year, written and directed by my favorite screenwriter Aaron Sorkin is this Netflix Original. The Trial of the Chicago 7 follows the criminal trial against the Chicago 7, and it is based on the infamous trial of 1969 where 7 defendants were charged by the federal government with conspiracy to incite a riot and more. The seven defendants were Tom Hayden, Abbie Hoffman, Jerry Rubin, David Dellinger, Rennie Davis, Lee Weiner, John Froines, and Bobby Seale (He isn’t in the Chicago 7) who went to Chicago at the Democratic National Convention to protest the Vietnam War peacefully but things didn’t go as they had hoped.

Directed by David Fincher, Mank was already a hit even before it was on Netflix. Mank tells the story of the great writer Herman Mankewich who wrote one of the greatest films of all time Citizen Kane. The story jumps back and forth between when Mank is writing Citizen Kane and in the past when the politics have taken over the city of angels.

The Boys in the Band

Starring Jim Parsons, Zachary Quinto, Matt Bomer, this Netflix original is based on the Tony-Award Winning Play of the same name, and it follows 9 gay men who gather around for a birthday party but all of it goes south when a friend from the host’s past arrives. The Boys in the Band is truly a revolutionary film and it shows the talent of Jim Parsons beyond Sheldon (The Big Bang Theory).

Uncorked follows Elijah who wants to go to France to become a master sommelier but he has to balance his dreams and his father’s wish that he take over the popular family business Memphis Barbeque Joint. Starring Mamoudou Athie, Courtney B. Vance, and Niecy Nash, and written and directed by Prentice. Uncorked is a very poignant film about family and dreams.

The Half of It

If there is a perfect teen movie, that is this Netflix original movie. The Half of It follows Ellie Chu, a shy, straight-A student, who is hired by a sweet but not so smart jock, Paul to write a love letter to a popular girl he likes but as the story progresses Ellie and then Paul realize that Ellie likes the same girl. This coming of age story is less about love and more about friendship and coming into your own.

Not so well received by critics, this Netflix original has some of the best action sequences in film history. Extraction follows Tyler who is hired to rescue a drug lord’s kidnapped son, who is being in Bangladesh. Tyler takes the job but things don’t go as planned and now they both have to fight their way to safety. Starring Chris Hemsworth, Extraction is the best action movie of this year and no one can deny that.

To All The Boys: P.S. I Still Love You

Sequel to the hit Netflix original To All The Boys I’ve Loved Before (2018) takes off where the first movie left the story as Lara Jean and Peter’s relationship grows another one of the recipients of Lara Jean’s love letter shows up. The sequel is not as better as the first but its still a good watch.

Jamie Foxx and Joseph Gordon-Levitt starring in this Netflix Original are about a drug that gives you unlimited and pure power for a total of five minutes. ‘Jamie Foxx’ plays the character named Art, who is trying to find his daughter because she was kidnapped by the people behind Project Power. This movie was not very well received by the critics but the audience liked it.

We Can Be Heroes

Let’s end this list and this year with a bang. The last movie on this list is We Can Be Heroes finds aliens to kidnap earth’s mightiest superheroes, leaving their children who team up and try to save their parents. This movie exists in the same universe as The Adventures of Sharkboy and Lavagirl.